But I thought Bernie was locked up on a different floor?

Found this old (2000) article on the Madoff clan. I rather suspect son Mark now wishes he hadn’t been quite so open with the interviewer:

With such activity at the office, it’s no wonder business found its way to the dinner table at home. “All of his family members grew up with this being our lives. When it is a family operated business you don’t go home at night and shut everything off, so you take things home with you, which is how all of us grew up,” says Mark Madoff, director of listed trading at Madoff Securities.

Mark says, “What makes it fun for all of us is to walk into the office in the morning and see the rest of your family sitting there. That’s a good feeling to have. To Bernie and Peter, that’s what it’s all about.” –

So much for the Hokey Pokey. 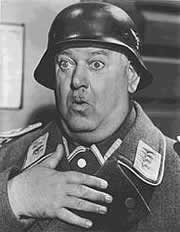 Comments Off on But I thought Bernie was locked up on a different floor?

Walt, what did I warn you about pissing off the Colombians?

Colombian drug lord shot dead while in hospital bed. Andres Piedrahita, husband of Noel daughter Corina and partner in Fairfield Greenwich Group could not be reached for comment.

Maybe we need that TARP money after all

Comments Off on Maybe we need that TARP money after all

Comments Off on A depression, record unemployment, Gaza, the poor bastard can’t catch a break

Coldest weather in decades sweeping in.

Comments Off on Al Gore: “It’s climate change, I tell you, not global warming!”

The country’s getting fat. Maker of equal files for bankruptcy. Cause and effect? 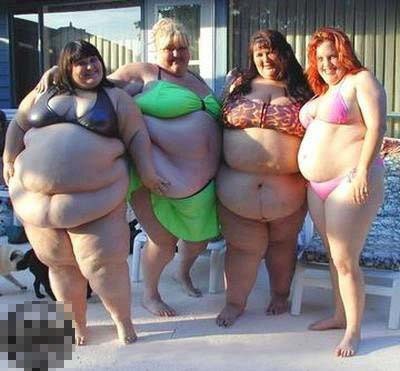 Off to the cotillion at Brunswick!

There is one God and his name is Allah

And boy is he pissed. The Somali pirates got their ransom for the supertanker (picture and story here) then fell to squabbling, tipped over their getaway boat and 5 drowned. Hip hip, hooray!

Tagged as Allah akbar, justice in our time, Somali Pirates

London Bridge is falling down

Comments Off on London Bridge is falling down

FF just sent me this:

You think Mr. Noel can dream as another Greenwichite (er) avoids the clink

FF, the difference is that, as I understand it, Stockman kept pouring more of his own money into the company in an attempt to keep it afloat – that’s hard to square with a fraud action. Mr. Noel, on the other hand, along with the Madoffs, seems to have operated quite the other way.

Comments Off on Stockman case dismissed

Room with a view

Well it’s 6:55 and no word that Bernie’s bail was revoked today, so it’s one last weekend at home. There’s a window in your apartment fella, and Monday may really suck. Just saying ….

UPDATE: Tune in at Noon, Monday

Yesterday the Rainbow Grill closed. Today, the landlord ordered the Ciprianis from the Rainbow Room itself. But not to worry: Joseph Beninati, Antares Managing Partner from Greenwich insisted that he had a new tenant lined up at a rent that “will make hedge fund rents look like lunch money. We’re ahead of schedule and fully booked. We’re -“. Security guards pulled Mr. Beninati from the room before this reporter could elicit further comment.

Comments Off on Landlord/tenant woes

I thought that’s what he’d been doing the past ten years.

Rubin leaving CitiGroup – wants to focus on his non-profit work.

Comments Off on I thought that’s what he’d been doing the past ten years.

Duh.  The only reason I bother linking this piece is the name of the real estate industry spokesman: Jay Hummer. Hee hee hee.

I wonder if she’s an illegal alien?

Walt and Monica would have just dropped a dime on the ungrateful bitch to the INS and had her shipped back to Brazil.

Comments Off on I wonder if she’s an illegal alien?

From a guy who knows everything

My cousin Ed Fountain not only knew, way before I learned it, the meaning of “contango”, but just called to inform me that “Kontanta” means “cash” in Esperanto. Is it possible that those Somali pirates were confused or are they really natural-born commodities traders?

Update: even Public Radio’s on to the contango thing. Reminds me, in a way, of the late 1970s when people discovered they could play arbitrager with the dollar against the Swiss franc. But by the time ordinary Americans caught on and started playing the game using American Express Travelers Checks in franc denominations, the music had just about stopped and that was that. Come spring, when all these supertankers filled with crude start showing up in our ports, someone will probably discover that they own Swiss cheese, not Swiss currency.

Mark Madoff, the 44-year-old son of alleged Ponzi-scheme operator Bernard Madoff, accumulated a net worth of $8.3 million in his father’s employ by the time he filed for divorce in 1999, public records show.

Madoff joined his father’s brokerage in 1986 and rose to become director of listed trading, according to Bloomberg data. Currently he has 15 properties, including a $6 million New York apartment and a $2.3 million home in Greenwich, Connecticut, according to public records. He divorced his wife, Suzanne, in Stamford, Connecticut, in 2000, when he was earning about $770,000 a year and had just bought a second home.

Madoff’s financial affidavit in the divorce case casts light on his status at the business where, according to Bloomberg data, at least seven family members have worked.

His list of assets included $5 million in deferred compensation and a $5 million stake in his father’s London operation, Madoff Securities International Ltd. That stake was offset by a $5 million loan from his father. Dividends from the U.K. unit served to pay interest on the loan.

The house in Greenwich sold in 2001 was, I believe, that nice antique at the intersection of Stanwich and Guinea Road. After the divorce, wife Number One moved to Lucas Point, where she remains, and Mark bought on Tomac  21 Cherry Valley Road. I hope for her sake that wife No.1 took lots and lots of property and cash and little alimony because, at least if Mark’s finances are still structured the way they were ten years ago, future alimony payments will be threatened. Deferred compensation from Madoff Securities, for instance, is likely to be further delayed.

As a further thought, I really have to give a tip of the hat to the young man. In 1999, he would have been just 34 years old yet he’d already accumulated a net worth of $8.3 million. He must be really, really smart! Guess it runs in the family.

Comments Off on Mark Madoff’s millions

I’m not willing to pay $149 to subscribe to this site but the teaser paragraph says all you need to know: no immediate hope in sight.

Comments Off on Real views on prospects for residential real estate

Might make sense – this guy thinks so, but I imagine we Greenwich agents would fight it tooth and claw. It’s good to be King, if you hadn’t noticed.