Clearing out the rubble

From the WSJ: Investors pounce on distressed houses.

The pace of housing sales has been rising in many markets this year, but it is only partly because families seeking affordable housing are returning to the market.

It also is because of investors like former Deutsche Bank managing director Matthew Cooleen, whose firm has spent $30 million buying pools of foreclosed houses from banks.

His newly formed Greenwich, Conn.-based firm, HudsonCross Financial, is betting it can make a profit reselling in beaten-down markets in states like Nevada, Arizona and Florida and in Southern California because it is paying so little for the homes.

Outside San Francisco, a former Morgan Stanley executive director’s new firm is buying four houses for 75% less than they cost four years ago, and is raising $6 million to purchase others.

I can already hear Walt asking, “so what are Futter & Fontanski doing about all this?” The answer, Walt, is contained in the warning set forth below – a number of investors already knew this and are calling us. Your house is on the potential list, I’m sorry to say.

Buying houses, rather than apartment buildings or other commercial property, tends to favor small investors who are agile and understand local submarkets. ….  Much of today’s buying is being done by mom-and-pop investors, who are acquiring a few houses to rent out.

But in some markets, where prices have fallen the most, the bargains are difficult to pass up for larger investors.

Two newspapers in one!

Comments Off on Two newspapers in one!

Tagged as The New York Times

This morning I warned that Obama’s caving into the California nut jobs on auto emission standards would simply set the table for the next serving from the left coast. This afternoon that fine state announced it was readying the next set of far more stringent standards. Again: these people are not about civilization as we know it and they won’t stop until they’ve destroyed it.

“California will be immediately getting to work on what the standards should be for beyond 2016,” Mary Nichols, who chairs the California Air Resources Board, said in a telephone interview. She expects “a much more stringent standard.”

Do you remember when that man Bush insisted on maintaining the confidentiality of these emails and he was denounced as a cryto-fascist imperial clown? Well the Messiah insisted on continuing the case and he won! So now I’m really confused: does that mean Bush was right, or that Obama is a crypto-fascist imperial clown? Inquiring minds want to know.

Problems with Connecticut’s economy? Here’s a sure cure

Tagged as I left my sandwich around here somewhere!

We’ll always have Paris – or Greenwich 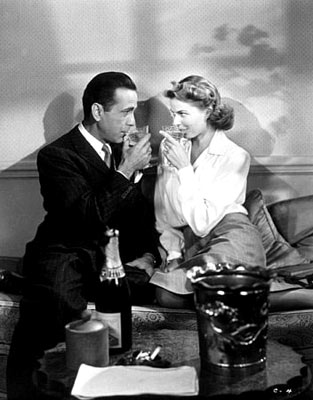 Dickie Fuld, late of Lehman, Nantucket and Jupiter Island, Florida, is putting his New York City co-op up for sale – yours for just $32 million. So far, no whispers that his North Street acreage is on the market, but we’ll see.

If Dick  keeps selling off his houses, Cathy Fuld is either going to single-handedly put Lynnens on the Avenue out of business or she’ll have 771 North Street rafter-deep in bath towels. What’s a shopper to do?

Bloomberg: Hamptons prices fall most since 1982. Or more – they only started keeping records in 1982.

May 19 (Bloomberg) — Sculptor Fredi Cohen expected the hand-carved sinks and tubs in her East Hampton, New York, home to stand out in the real estate market and help sell her three- bedroom house for $1.25 million.

“People have stopped buying real estate,” said Cohen, who designed the kitchen and bathroom tiles herself. “Now I would sell it for $999,000.”

The number of unsold homes in the Hamptons rose 15 percent to a record 1,673 in the first quarter from a year earlier, according to data compiled by New York-based appraiser Miller Samuel Inc. Sales have declined the most in the 27 years that broker Town & Country Real Estate has kept records for the Long Island beach towns about 100 miles east of Manhattan.

The inventory of Hamptons’ homes would take 34 months to sell at the current pace, Miller Samuel reported, or more than three times the 9.8 months’ supply of existing homes in the U.S. as tracked by the National Association of Realtors.

Wall Street bonus cuts and job losses have resulted in fewer buyers in a community that has attracted Hollywood celebrities such as Sarah Jessica Parker and financiers, including Blackstone Group LP Chief Executive Officer Stephen Schwarzman.

Sales in the Hamptons plunged 67 percent in the first quarter from a year earlier, according to a report by Town & Country. It was the biggest percentage drop in records dating to 1982.

The median price dropped 28 percent from a year earlier to $698,461, mostly on a decline in sales of $5 million or more, Town & Country said. The total value of all Hamptons real estate sold in the first quarter fell 78 percent to $140.2 million.

“The sellers are keenly aware that if they haven’t sold in a better market, they really need to adjust their prices,” Desiderio said.

Vacant land sales have also declined. In the first quarter, 29 residential parcels sold for a total of $19 million, 56 percent fewer properties than a year earlier and 88 percent fewer than the same quarter in 2005, according to Suffolk Research Service Inc. in Hampton Bays.

“It’s a strong indicator for the fact that there’s no market for houses,” said George Simpson, president of Suffolk Research, a real estate data service. “There are enough of them around you’d be crazy to build one.”

Fresh from purging our streets of cellphone users, the Greenwich Police Department is out in force today searching for seat belt violators. Yes of course that demonstrates that the boys in blue have too much time on their hands and we have too many boys in blue, but why do we tolerate this in the first place? I can think of nothing that affects others less than a driver’s decision to wear or not wear a seat belt (I wear one). If he puts his head through the windshield, is that anyone’s business other than his own?

My liberal friends, always eager to trade individual liberty for the security of a totalitarian state, yearn for the day of socialized medicine so that the state can enforce every do-good law it can think of, from trans fat bans, seat belt and helmet laws, mandatory fluoride swishing for children and a tax on sugar drinks – oh, wait, it’s already done all that. Well never mind, there will be more. For now, though, the least we can ask is that our own police force, paid by our taxes, not act as a conduit for fines from Greenwich to Hartford. Perhaps they can be sent to find Mathew Margolis’s killer, or track down violators of the pooper scooper law. Or, better yet, maybe they can just go away.

Tagged as Officer Friendly wants to help you

Renting’s probably wiser, because Dubai’s debtor prisons are notoriously inhospitable. And its  real estate is tanking, all without this blog’s help (really, Emir, I had nothing to do with it! You’ve got to believe me! Keep away with that knife!)D

“Has anyone else noticed that the vast majority of skylines of Dubai one sees are artist renderings?”

Well yes, yes we have.

How to make a small fortune in real estate 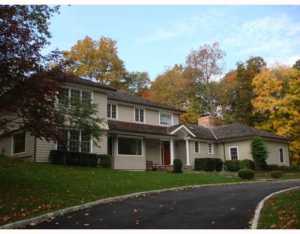 It’s what makes a horse race

The Dow of Investing

Some hedge fund types think the global market has to fall. Others don’t.  I’m with the pessimists.

Accordingto the GAO, our GPS satellites are obsolete and in disrepair and the entire system could start failing next year. Not so critical for you SUV’ers, where a missed exit entails a few extra miles of driving at most but for those of us who have let our nautical navigation skills atrophy, it’s probably a good idea to dust off dead reckoning and other skills. Of course, a GPS failure won’t be much fun for cellphones, emergency service workers, surveyors and everyone else who has become dependent upon the signal.

Tagged as GPS - going down?

714 North Street, land alongside the reservoir, is reported under contract today. It was originally listed at $5 million and dropped to $4. I was never taken with the place because, while the view over the water is nice, water company restrictions prohibit you from using it: no fishing, swimming, boating (maybe you can ice skate, seasonally). But someone obviously liked the view enough to buy it. I’ll be curious to see it’s selling price.

Comments Off on Contract on North Street

8 Copper Beech, new construction asking $7.950 million, hasn’t sold despite two (? – seems that long) years on the market. Today it’s reported that the “owner putting in new pool”, and I wonder why he’d choose to do that rather than cut his price. Most people can envision a pool, and many buyers don’t want one, so what’s to be gained? It’s possible that there’s a mortgage on the place so large that chopping the price would violate the terms of the loan but absent that, I think the seller would be better off adjusting his price, rather than the landscaping.

Hyper-Inflation on its way?

This guy thinks so. I do too, as do many of my clients. You can’t pump trillions of dollars into non-productive areas, pull cash from productive areas of the economy and expect good things to happen. Unless you are a Democrat, in which case, you also think that propeller beanies will supply our electrical needs, expanding free health care to everyone will save us from bankruptcy and that the Tooth Fairy will arrive tomorrow. I do hope you’re right.

Housing starts unexpectedly tumbled 54.2% from April of last year, which was hardly a stellar time for builders. I know, all real estate is local, etc., but this is not an encouraging sign for those of us hoping to see an economic recovery. Or I don’t think it is – Wall Street will probably gain 20% today.

11 Hycliff Road (off Riversville) is a “California Ranch”, whatever that is, on six acres of nice land. It’s been for sale pretty much constantly since February, 2007, first at $4.995 and now, three agents and a bunch of price cuts later, at $3.250.  This may or may not be the right price today  I’m pretty sure, however, that had they started here in 2007 the owners would be long rid of the place and already settled in a wherever they preferred to be. This isn’t all about a falling market – overpricing in Greenwich ahs been going on for a long time, but there’s just no margin for error any more.

Russ Pruner, Big Chief of Shore & Country Realty, sent me a fascinating spread sheet yesterday and when I can figure out how to post it, I will. He analyzed all sales this year – 91 single family houses (some of which went to contract in 2008) and compared their selling price with their full market value in 2005. On average, they were down 11%. But, as you’ll see once I post it, the real significance, at least to me, is that the few houses that beat the 2005 valuation were up a teeny bit – many, many others got hammered. Of course, that’s along the lines of what I pointed out yesterday: these low-priced sellers aren’t the exception, they’re the rule.