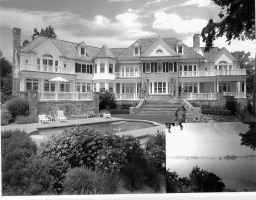 This waterfront Riverside home was never listed but it sold today for $12.8 million. Not bad. Owner paid $12.5 for it in January 2004 but I do believe direct waterfront is the last best hope for anyone who wants to come close to breaking even on his purchase these days.

9 responses to “End of quarter activity”