The boys from Obama’s  Washington are busting down doors of bloggers, searching for the person who leaked their ridiculous (and embarrassing) directive on post-Captain Underpants security “improvements”. The New York Times has, again and again, revealed secret programs of the United States war against terror, but since that “war” is laughed at (Captain Underpants’ attempt to bring down a plane was a joke, for instance, and no threat to any American, so long as he wasn’t on the plane), the Times gets Pulitzers. Of course, they did that under the Cheney-Bush regime. Under the Messiah, the troopers are on the prowl.

UPDATE: TSA can’t stand the heat, drops the subpoenas. Again, where are the subpoenas when the New York Times decides to destroy a secret program by exposing it?

Yes, he’s a friend of mine, but his column today on the just a few of the idiocies of our town government are spot – on. Go, Bob!

Incredible news from Land of Oz

The U.S. Court of Appeals for the Ninth District affirmed a 2008 decision by a California district court to dismiss a long-running lawsuit that claimed iPods endangered users’ hearing. iPods, said the original 2006 lawsuit — which eventually boasted three plaintiffs and sought class-action status — were defective because they could play music at unsafe volumes above 115 decibels (dB).

The district court disagreed, saying that any dangers of hearing loss from playing music too loud were “obvious” and “unavoidable.”

For those of you who aren’t avid readers of 9th Circuit decisions, to appreciate this story you need only know that “obvious” and “unavoidable” are terms never before seen in its decisions.

Al Qaeda keeps this s**t up, the Democrats won’t have an issue left

58% of Americans support waterboarding Captain Underpants to get information on his terrorist pals. Oh, the humanity! By the way, if you excluded New York, Massachusetts and California from that poll the numbers would probably be around 98%. Can you say, “shrinking base”?

Girl stabbed to death by father in Greenwich

A botched murder-suicide at 100 Sterling Road. Tax records show owner as 100 Sterling LLC but no such entity filed with the state. 20-room house on 37 acres, so not, presumably, some backwoods family like the Fountains.

Once married to Laurie Tisch – since divorced

To be sure, just because Mr. Sussman owns the house doesn’t mean either he or his child was involved – someone could be staying at the house, for instance, which is possible given the holiday season. More as we learn more.

Final Update: It was the gardener. My friend and most excellent reporter Teri Buhl has an article in GT on the owner of the house, Donald Sussman. There is also more information on the poor young girl who was murdered, but I find that too depressing to link to.

Ya wanna wake a body? Here’s a body – enjoy.

18-year-old W. Hartford kid arrested on multiple counts for giving a friend a ride home in the trunk of his car. There wasn’t room in the car for everyone so one kid climbed in the trunk. Who the hell didn’t do that back when? And what’s wrong with the cop who didn’t warn the driver instead of slapping him with a bushel basket of offenses including one, risk of injury to a minor, that could put the kid on the sex offender list for the rest of his life? Jerk

Back to those computer models, gentlemen!

Comments Off on Dropped call

The accolades just keep pouring in

Dodd voted most corrupt politician of 2009. He certainly has my vote, but why limit it to just 2009? 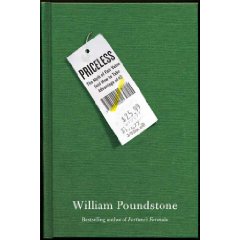 The Wall Street journal reviews “Priceless”, today, a book about, natch, pricing and the tricks used to befuddle consumers. Or, put more nicely, why “psychology counts as much as logic in many simple economic decisions.” Lots of interesting examples (Skippy Peanut Butter, for instance, put an indentation in its jar, cutting volume 9% to avoid a price increase that would scare off shoppers) and I recommend the entire review or heck, order the book itself.

For the purpose of this column, however, I found this paragraph illuminating, if not exactly unexpected:

Whatever the pain of an irrationally expensive breakfast, it pales in comparison with buying an over-priced house. To avoid that mistake, however, a buyer may need to cover up the price tag and appraise the house without being influenced by the seller’s number. In one experiment, a group of licensed real estate agents were shown a house and told that it had been listed for $119,900. When asked to estimate a reasonable purchase price, their average was $111,454. When a different group of agents was told that the listing price for exactly the same house was $149,900, their average estimate was $127,318. The agents had subconsciously used the listing price as a reference point for their appraisals—even though they knew it was irrelevant.

That’s kind of what I try to do here: take away the price tag and try to give readers a chance to make a logical, sound decision. Not that I’m infallible, but those asking prices are almost always wrong.

Sometimes being a landlord doesn’t pay

Police find remains of 400-500 dead animals in Philadelphia rental home. My guess is that the security deposit won’t cover the cost of that clean up.

Stay in bed this morning

Back from Newark and while the highways were okay at 5:00 AM, the Post Road as of 9:30 is a mess – if you’re curious how many people live and drive here without snowtires take a ride over there – they’re all piled up on hills and into curbs.

Reader John, commenting on the Crotch Bomber, says,” Concerning the hapless Nigerian, I can’t help but think how the 72 virgins would respond to the third degree burns..Ouch.”

The black helicopters are hovering 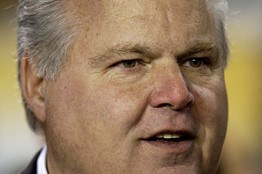 So, precisely because your average terrorist these days is a young muslim male between the ages of 19 and 28 flying on a British, Pakistani or other Middle Eastern passport, we will not single out those individuals for special scrutiny and will instead subject the entire rest of the flying public, from infants to businessmen to 94-year-old women in wheelchairs to long, tedious waits and invasive searches. This will show our inherent decency and fairness and, at the cost of billions of dollars in wasted time, will convince our hot-headed young muslim friends to love and admire us.

That seems to be our country’s answer to terrorism. It hasn’t worked so well since 9/11 but perhaps given time …. I just wonder why, if it is unfair to punish all members of the young muslim set for the crimes of their brothers, is it fair to punish everyone else instead?

There must be better records to beat

Woman with 0.718 BAC tops North Dakota record. She was cheating, of course, because any normal person is dead at half that. Nice touch? After getting out of the hospital and on bond she skips bail and is found, again, in a stolen car, again, drunk, again. No she is not Amy Winehouse

Comments Off on There must be better records to beat

How long does it take the world’s fastest train to travel from Guangzhou to Wuhan? 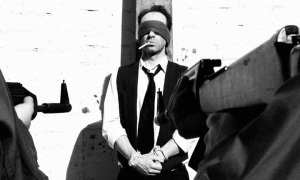 Answer: 5 1/2 hours. 3 to travel the actual distance, 2 1/2 to stop in the middle and search for a disobedient smoker who set off a smoke alarm and shut down the train. Nice to know that China has morons in charge, just like us. I appreciate the level playing field.

Waiting for the smoking car

Of the 539 single family homes on the market, at least 32 of them are spec houses priced at $5 million or more. That’s down from the 53 we had last year, but we lost a lot to rentals and very few to sales (I’ll see how many we actually sold later). Knowing what I do about the financing on many of these places, I think next year will prove a fruitful time to bid on that big mansion you’ve always wanted but could never afford. The trouble is, most of these spec jobs are on streets and land that you wouldn’t want to live on at any price. It’s always something.

UPDATE: 19 spec houses listed at $5 million and above sold this year, but 4 of those sold for far less than $5 (and millions less than their original asking prices) and several others “sold direct” which I interpret as a sale by their developer to himself, in another entity, to create the illusion of a sale and thereby maintain the prices of his other houses on the market.

Comments Off on Spec houses