Carlos Velez, Salesman of the decade!

Last August a (quite wealthy) client/friend of mine bid on a troubled condo down in Florida and, never having heard back, emailed “his” agent this week to see what ever happened to it. That gentleman, with 16 whole listings in his stable, all under $200,000, thought that this was the appropriate way to respond – no wonder Florida real estate is in trouble. Here’s his entire reply:

UPDATE: Just noticed that Carlos is yet anther Coldwell Banker agent. That makes three out of three – hat trick?

Tagged as Carlos Velez is an idiot

At the risk of looking even more cynical and depraved than I am, may I point put that last week at this time Haiti was a blighted hell hole of horrible poverty and starving, desperate people yet no one particularly gave a good god damn. Tonight, you can’t avoid images on television of every blow-dried news anchor and anchorette stalking through the garbage and issuing cooing little noises of sympathy. Why are they there today and absent last week? I suggest its because fetid slums make for dull TV whereas collapsed buildings with people’s limbs jutting out spell “ratings” in a gruesome human semaphore.

So we’ll hear all about Haiti for the next few days, or even weeks, broken bones will be splinted, wounds sutured, and then the television folks will return to New York and the Haitians to their poverty. Hmm.

UPDATE: This might give our Greenwich blueboys pause: 9th Circuit rules that policeman can be held personally liable for misuse of taser. I’d take that case, gratis.

Comments Off on Greenwich cop vacations in midwest?

Administration: terrorists with U.S. passports planning another attack, may already be in the country. Do we really need to know this? And if so, what are we supposed to do with this information?

The good news: contracts so far this year = 12, much better than last year. Comparative numbers are:

UPDATE: Of the 12 contracts, 10 had taken reductions from their asking price. On average, these last asking prices represent 68% of their original asking prices ($35,878,000 original total of 12 vs. $24,742,000 final). Assuming, and it’s a very safe assumption, that sales prices will be lower than even the final ask price, you can kiss the GAR – sponsored 96% ask to sell ratio goodbye. I never believed that figure in the first place. 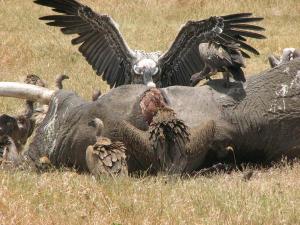 Get out of here, Al, you had your chance!

“Investors” urge governments to press ahead with global warming laws. Well of course they would – who wouldn’t want to shoot fish in the barrel and have consumers forced by law to buy your snake oil? And all in the name of humanity. What a swell bunch of fellas.

Yet the money machine rolls on

Congressional study shows that Head Start is useless. This has been known for decades, but the program just keeps getting larger and more expensive, like all welfare “employment” scams. Head Start is about providing paychecks to otherwise-unemployable inner city friends and constituents of politicians and has nothing to do with improving education. Nothing.

The evaluation, which was mandated by Congress during the 1998 reauthorization of the program, found little impact on student well-being. After collecting data on more than 5,000 three and four-year-old children randomly assigned to either a Head Start or a non Head Start control group, the Department of Health and Human Services found “few sustained benefits”. From the report:

While these results are uninspiring, they become even less impressive when more closely examined. Heritage’s David Muhlhausen calls into question the less-than-rigorous statistical methods employed by HHS.

In some cases, HHS reports statistically significant impacts based on a standard of statistical significance is p<0.10 which is not the norm for most social scientists. The 0.05 level is the norm. With a sample of 4,667 children, there is no reason to use the easier 0.10 level. The larger your sample size the easier it is to find statistically significant findings, so using 0.10 as the standard for statistical significance is unwarranted with such a large sample size… For example, if they used the standard level of significance for the 1st grade year language and literacy measures, then the study would report no statistically measurable impact on all eleven measures. Instead, the lower standard used by HHS allows for them to report that Head Start had at least one positive impact on raised language and literacy.

It will shock you to hear this but there are other government programs equally as inefficacious.

UPDATE: How has the main stream media treated this news that we’ve wasted $100 billion on Head Start? Exactly as you’d think – they’ve never heard of it.

Am even I getting affected by Spring Fever?

Just back from a Riverside open house that I thought was just perfect – so much so that I’m not giving its address in the hope of showing and selling it this weekend. But I am trying to analyze my feelings about it because, even though the broker quoted a “comparable” sale price from two years ago, I found myself agreeing with her opinion of its value. Could that possibly be, or are we both chewing the same juju weed? Warm January days can have a deleterious effect on one’s objectivity. But all that said, I’m pretty sure the place will sell within 10% of its very large asking price. Hmmm.

19 Meadow Road in Riverside sold for $2.395 million in December, 2005. It’s for sale again, asking $2.295. I wasn’t all that enthusiastic about the place back then but it is a nice street and my lack of fervor for it five years ago was probably attributable, at least in part, to its original asking price of $2.7 million. $2.3 as a starting point feels much better.

All things come to those that wait

This is a perfectly charming house but even when it was newly renovated in 2005 neither I nor buyers thought it was worth its $1.699 asking price. Five years and three brokers later, it’s back on today at $1.249 – that may still not do it, but it’s awfully close to being an excellent deal, given the location south of the Village. This new price doesn’t reflect that big a decline in market values, by the way: it was way overpriced back then and now it’s settling down to reality.

A trend is developing

Another price increase! 340 Valley Road, that condominium project with, I believe, seven out of ten units still unsold after three years, has just bumped prices $100,000 to $2.3 million each. These folks obviously see a rosier spring market than I do, but it’s something to watch. I do hope that owners of existing unsold houses won’t follow suit, at least until we whittle down the inventory, but I bet many will. If so, I’m guessing that the spring market will wither – the accuracy of that guess won’t be known until June so if you’re planning to buy a house this spring, take my opinion with a huge grain of salt – I could be wrong, again.

All these are funny money figures – the ultimate cost will depend on the level of finish you desire and I’m sure you could get something built for $6.9 if that’s your budget. But it’s nice to see a builder regain his confidence and believe that the market will again support an almost-nine million dollar project. Now if he can sell it, I’ll join him in his optimism.

Here’s an impressive (by which I mean encouraging for sellers) sale on Parsonage Rd. Built in 2002, added to in 2005, with an assessment of just $2 million or so, it was listed in June for $4.950, went to contract in December and sold yesterday for $4 million.