Never mind now, what about then?

Fresh from extending the Patriot Act and reauthorizing the torture of prisoners, the Senate, under Vermont Socialist Patrick Leahy, is whining about missing emails from the Bush administration and John Yoo.

Dress up your garage

A reader sent this along:

Impress your neighbors with Amazing Garage Door Covers!”
A German firm called “Style Your Garage” – creates posters for garage doors that make it look as if it’s actually showing the interior of your garage, and what’s in it.
Prices range from $199 to $399 for the double-door.

But Monica swore it was a foot or more!

Here in Riverside, the sun’s out, the snow’s melting and all is fine, but I hear reports that it’s snowing in Central Park. Really? Or are we being hit with media hysteria? Bizarre.

Rangel says he’s been exonerated. “My staff, they knew who was paying for my junket, but me? Me? Hell, I just stuffed the ticket in my pocket and went. What, you think I should have asked? Fuck you!” Nancy Pelosi continues to support the Chairman of the house Ways and Means Committee because “well heck, he’s a Negro – everyone knows they have no morals”.

These guys still have good stuff, despite their firing some great people. You won’t have the expert advice anymore, but if you know what you’re doing, there are good deals here.

Very Interested? As this one was so last minute and we have no layouts in advance, make a visit to the Bethel and Honesdale stores.

Too bad. Here’s another:

My favorite radio station, WFUV 90.7 FM, just played an old Robert Earl Keen song and I was reminded how much I like this guy’s music. Quite the fellow. “Feeling good again”

Here’s a video of one of his lesser, but very funny, songs.

Going out in style

William Delahunt, the Massachusetts Congressman who, years ago, let Amy Bishop walk after shotgunning her brother, has burned through $550,000 in “campaign funds” on dinners, family salaries and such while raising no further money. He’s not expected to run for reelection. No worse than the usual Congressional junkets to Europe that these old frauds take during their last days in power, but it does speak volumes about the contempt they hold towards their constituents.

A drug pedlar who is “well known by the police” is arrested as he tries to fly into Nantucket with bricks of marijuana in his backpack.

It seems to me that if I were well known by the Nantucket police, I’d find another venue to sell my illegal wares, but that’s just me.

Comments Off on Stupid criminal tricks

The WSJ’s law blog discusses an interesting lawsuit against Yelp, an online review site. According to the suit, after a negative review of a business pops up, Yelp employees offer to remove the negative post in exchange for a six month advertising committment. Gee, I wonder if there are any houses out there that I don’t like?

Comments Off on Online extortion?

Girls celebrate with beer and cigars, IOC gets huffy 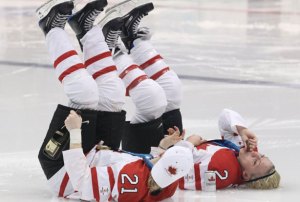 Great article from Canada here. Good for the girls.

No storm in sheltered Riverside but …

The New England coast is getting slammed – 91 mph gust in New Hampshire. I haven’t checked yet but I’d guess Nantucket’s going to lose some more beach. UPDATE: the forecast yesterday predicted `15 to 20 foot waves on the island. Bummer.

Here’s a case in point: this house on Carpenters Brook, brought back on the market today by Shore & Country at $1.350. Its assessed value is $1.145,550, close enough, given some negotiating room, to be right about where this is priced. It failed to sell last year at $1.595 – it’s got a better chance of selling now.

Of course, Carpenters Brook is way off the map in our northwestern border and doesn’t command the price of Riverside or Old Greenwich, so you can take this assessment number only so far. But again, as a benchmark, I find it useful. The original assessments should have incorporated that value difference and, from what I can see, the price decline has been pretty uniform throughout town.

Why do we spend money on this at all?

The BET cut a portion of funds from the office of Emergency Management, which seems to be nothing but a soft job for our supposed-to-be retired fire chief. $51,000 is better than the $71,000 we’ve been paying but is this really a position we need? It was created after 9/11, understandably, but I’d think that eight years on, our police and fire departments have had enough time to develop emergency plans and don’t require the services of an old crony to help them out.

Politico: What would Nancy do?

When then-Majority Leader Tom DeLay (R-Texas) was admonished by the ethics committee in October 2004, Pelosi and other Democratic leaders went on the offensive against him.

“Mr. DeLay has proven himself to be ethically unfit to lead the party,” Pelosi said at a press conference the following day. “The burden falls upon his fellow House Republicans. Republicans must answer: Do they want an ethically unfit person to be their majority leader or do they want to remove the ethical cloud that hangs over the Capitol?”

He’ll be lucky to serve out his term

This is a funky, quirky little house on Center Drive that I like very much, but it started at $1.549 back in 2008 and that was just too high to consider even bidding. It’s been dropping, slowly, and today it’s down to $1.190. Personally, I think its assessed value of $968,000 (or so) is closer to the mark, but at least now you could toss a bid in around there and have a reasonable chance of it being considered.

Obama considering plan to halt all foreclosures until HAMP reviewed. It seems to me that this just prolongs the agony and will merely delay for a year the massive market reset that’s required. But Obama’s never struck me as a market kind of guy.

Fog in Channel – Continent cut off