How Blumenthal lied, yet survived

From the Huffington Post. The real answer is, the Demmerkrats are desperate to hold onto their Senate seat and will forgive anyone, even a lying coward like Blumenthal, anything, so long as he wins.

This seems right – drunk who killed our librarians gets maximum sentence

The repeat drunk who killed Perrot librarians Kate McClelland, Kathleen Krasniewicz out in Denver has been sentenced to 36 years, the maximum allowed. Earlier stories about this low-life revealed that she was in violation of her probation at the time of the crash, having failed alcohol tests and skipped alcohol education sessions. I have all the sympathy in the world for addicts, but you take responsibility or you take the consequences. In this case, the 41-year-old killer will emerge from prison sometime in her late sixties. She’ll have lost her life, which seems only fair for having taken the lives of McClelland and Krasniewicz.

What the hell’s gone wrong in Israel?

If you believe this NYT’s accounting of the “Peace Flotilla”  fiasco, and just this once, I do, the Israeli government and military were astonished to discover that there were armed terrorists aboard the ships. They expected to confront a bunch of arm-linked-Quakers singing Kumbaya and were met instead by knife-wielding assailants.

Well what the F? It’s been obvious since 2003, when Turkey refused to let us invade Iraq from their territory, that the country had gone native – gone over to the mad Muslim side – and everything I’ve read about the country since has only confirmed that they have abandoned the west and moved firmly under the Muslim tent.

So how come a schnook like me, a Greenwich friggin’ real estate agent, for Crissake, could see what was coming and the best and the brightest of Israeli minds could not?

This makes no sense.

I saw an ancient Chrysler New Yorker today with a vinyl “landau” (rear quarter only) roof and it evoked memories of my parents’ 1967 (68?) Chevy Caprice, which was white with a black vinyl roof. It looked pretty much like the car pictured below:

It came with a huge V8 and with its black and white color scheme, looked kinda like a cop car. So on hot summer nights, I would sneak my father’s old Navy cap out of the house (he’d have killed me if he’d caught me – those who hadn’t served, I’d been sternly instructed, were never to wear even a part of a military uniform) and go cruising I-95 with my friend Chip Mathewson and a red – flashing light.

If we spotted a car full of (fellow) hippies, Chip would duck under the dashboard while holding the flashing light in the windshield and a spotlight out the passenger window while I in my borrowed cap would tailgate the kids and flash my high-beams. Oh the jollity occasioned by the sight of reefers, pills and smoking paraphernalia being tossed out the windows as they slowed to a stop in the breakdown lane! I’d pull up behind them, let them sweat for a few minutes and then take off, to Chip’s and my great amusement.

Such was the life for a couple of bored teenagers back in the summer of 1970. But it was a helluva car.

Comments Off on Peace Flotilla passengers: “Go back to Auschwitz”

A week ago Thursday I wrote about a new listing at 42 Winthrop Drive in Riverside. Nancy Healy, of Shore & Country had priced it at $2.525 million which I thought, and said, was an excellent price. Today it is reported as “pending”, which means it has an accepted offer and will soon be under full contract. Seven days. The trick? It is in exceptional condition, located on a great street and was priced fairly – not fire sale low, just fairly for today’s market.

It also helps that houses in Riverside and Old Greenwich are still very much in demand and there are very few houses in this price range. If yours is one, and it hasn’t sold, then you aren’t in the same class as this one and should lower your price immediately. You too can then, perhaps, sell your house in a week or, if you prefer, you can cling to your own estimate of value and see what next year brings. Your choice.

Somehow, this reminds me of the UN’s stance on global warming

A reader sends along this: “just got an email from Greenwich Public schools – ‘Please note that a coyote has been reported roaming the Riverside area near EMS and Riverside School. The Greenwich Police have been notified and Animal Control is investigating the report. Please alert your children and protect your pets.’ ” 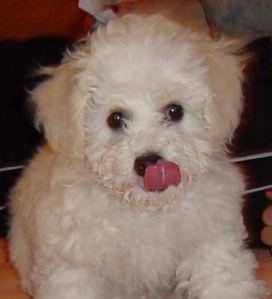 We’ve gone through this tragedy before: Kathie Lee Gifford’s dog, Chardonnay, was killed in the backyard of the family’s [Riverside]  Connecticut home by a coyote. Tuesday’s attack on the actress’s beloved Bishon Frise highlights the Greenwich suburb’s growing coyote problem.

Of course, if our educators really wanted to do something about the problem, they might hire this teacher, who was undoubtedly fired back in 2003 and doubtless still looking for work:

A Middleton, Massachusets, high school teacher has been suspended for skinning a dead coyote in front of his class. Since the animal’s brain was too decomposed to test for rabies two students are being administered rabies vaccine as a precaution.

This article says people do it exactly the reverse.

Note the typical behavior. People want to buy when prices are up, and turn more wary when they’ve collapsed. Logically it makes no sense. Research out Thursday adds some hard numbers.

Real estate website Trulia.com has looked at major real estate markets across the country and asked: Is it cheaper to buy, or to rent?

Buy in Miami. And Phoenix. And Las Vegas. And most of the other places that have been flattened by the crash. Homes there are cheap compared to rents.

The cross-over point is about 15 times annual rent, the company believes. In other words, as a rough rule of thumb, homes are probably fairly valued in a city when they cost about 15 times a year’s rent. So, for example, if you’re paying $10,000 a year to rent a place, think twice about buying a home that costs more than $150,000. Dean Baker, economist at the Washington, D.C. think-tank The Center for Economic and Policy Research, came to a similar conclusion in research on the subject in recent years. Fifteen times is the historic average, he said.

So what’s the multiple in New York right now?

About 32 times, says Trulia. The average two-bedroom condo or townhouse in New York city costs about 32 times as much to buy as it does to rent. Other major markets over 20 times include Seattle (24 times), San Francisco (22 times) and Portland, Ore. (22 times).

On the other hand Miami list prices are now about eight times annual rents, says Trulia. Phoenix is about 10 times and Las Vegas about 11.

Trulia’s data need to be taken with some caveats.

Trulia looked at list prices rather than actual transaction prices, so its figures for prices may be too high.

Furthermore drawing the cut-off point at 15 times rents may be on the low side.

Nothing happening in sales, but lots of overpriced new listings

Who is advising these people? I don’t want to be (unnecessarily ) cruel, but of the 19 new listings posted today, there’s nothing I would even bother showing a client. Let them mellow for six months or a year, and then we’ll see. Good heavens.

I sense a bad ending for the day

Who wants to be long over the weekend? The final minutes should be of interest.

Talk about equality: everybody at the New York Transit Authority makes over $100,000

Well, 8, 074 of them do, and rank has nothing to do with it. When it’s taxpayers’ money, it’s pigs to the trough and Katy bar the door! 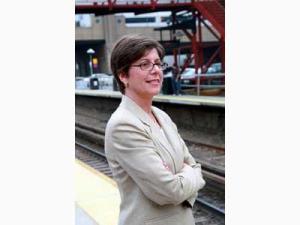 I wonder if Helen Thomas can remember (a) to change her Depends and (b) what happened to the Jews the last time they were “at home”.

I respectfully disagree with you, Greenwich Gal

Comments Off on Here’s a great old house

And Euro’s dropped below a buck twenty

If you overprice by a third, you won’t sell your house – surprise!

This was a nice house on an acre of land over behind Manero’s in the Vista Drive area. It was listed in February, 2008 for $3.065 million. In April of this year, it was finally reduced to $2.295 and is reported under contract today. See how that works?

Experts emphasized that the foreclosure numbers don’t fully reflect the extent of distress at the high end, because for expensive homes, banks are more likely to pursue short sales, in which the homeowner stays put while marketing the home for less than is owed on the mortgage.

“Banks take the time on the high end to short-sale properties because they get a higher return and better valuation,” said Pat Lashinsky, CEO of Emeryville’s ZipRealty, a nationwide brokerage. “When you sell a high-end home, its condition is significantly more important because (buyers) expect it to be maintained. With foreclosures, homes tend to get thrashed.”

Comments Off on Coming our way

May Statistics- better than last year’s

Single family Greenwich homes that went to contract in May, year-by year

One bright spot for sellers of expensive homes is that contracts for houses over $3.5 million are climbing back to pre-crash levels. In most cases that’s because millions of dollars were knocked off their original prices but people are still buying big-ticket homes – they just want a bargain while they’re at it.

Here are comparable sales figures for > $3.5 houses in the Mays of yesteryear:

From InstaPundit: why there was no looting during the Nashville floods

As the Professor would say, “heh”.