I suppose this is progress 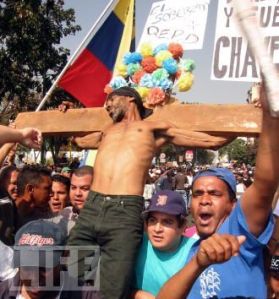 The election of that member, Luis Marino, a Peruvian immigrant who ran as a Democrat, came in the first local election since a federal judge ordered Port Chester to adopt a new voting system to give Latinos a better shot at electing one of their own to the six-member board.

The unusual electoral system itself made news, allowing voters to use six votes however they chose — including casting all six for one candidate. One Republican who won, Joseph D. Kenner, was the first black elected to the board.

“I think the results are clear — that the new system worked,” Mayor Dennis G. Pilla, a Democrat, said Wednesday morning. “This is a fantastic victory for Port Chester.”

According to the most recent census data, from 2006 to 2008, Latinos make up 49 percent of the village’s roughly 28,000 people, though many are noncitizens; about 39 percent are non-Hispanic whites and 7 percent are black. Still, in past elections, the preferred candidates for the village board among Latino voters were usually defeated.

10 responses to “I suppose this is progress”