Par for the course in Saudi Arabia, but this happened in America! If you aren’t worried, you’re not paying attention.

UPDATE: A reader reported that the link wasn’t working – I’ve reloaded it and, at least for now, it’s up. Sorry for the inconvenience.

And whitewashes it. Only two weeks after the blogosphere started writing about the late mailing of tax bills, and days after our paper of record disclosed that jelly fish are late in arriving this year, Greenwich Time has decided that the late arrival of tax bills is almost as important as jelly fish and has finally published (or will tomorrow) a silly, incomplete article that completely exonerates the current town government. lays all the blame on an outside firm and makes no mention at all of what’s going to happen to homeowners who pay their taxes in escrow to their mortgage lenders.

But if they won’t,  I will: your payment will be made late and you will be charged a 3% penalty – 1.5% for July and 1.5% for August. Is Greenwich Time just engaged in lazy, sloppy and incomplete reporting, or has its editor decided he will refrain from saying anything harsh about Peter Tesei and his inept staff ? (I happen to be a registered Republican, for what that’s worth)

I don’t know the answer to that but I do know I cancelled my subscription to the paper long ago when my cat Henry stopped accepting it as a substitute for genuine clay kitty litter in his pan.

It’s sort of like “the check is in mail,” but in this case, it is the tax bill that will be in the mail — although later than previous years. [And weeks after the legal deadline – Ed]

And it’s not the fault of the town, said Tax Collector Tod Laudonia, who added the bills should be in the hands of taxpayers by the end of the week.

He blamed Tyler Technologies, a Dallas company that processes the tax information the town provides. He said the company needed more than two weeks to resolve a software error.

“I am very disappointed with the customer service they provided us,” Laudonia said. “It took them 15 working days to resolve the problem.”

Look: when Laudonia took the job as tax collector and even before he was sworn in in January, he knew that tax bills were required to be sent out by June 30th. So he does nothing for six months and then complains that it took 15 days for the vendor to correct a problem? Suppose, instead of golfing in Florida all winter, he’d addressed the issue in, say, February. Fifteen days wouldn’t have been an issue, eh?

Peter Tesei isn’t quoted in the article at all, either because the GT reporter was too lazy to call him or couldn’t reach him at the nudie beach but we do learn that “Town officials will meet with Tyler Technologies later in the summer to review what went wrong.” My hope is that we send a couple of janitors and food servers from the basement cafeteria to that meeting, rather than Laudonia or anyone else associated with Tesei. Something might get accomplished.

Huh? What did hedge funds do?

Old Greenwich resident David Fein is Connecticut’s new U.S. Attorney and immediately upon his swearing in, vowed to go after Greenwich hedge funds. It seems we have just inherited another blow hard politician.

Hedge funds didn’t bring down the banking system, bankers did. Furthermore, pre-Madoff, the DOJ wasn’t the slightest bit interested in pursuing wicked stock brokers who ripped off unsophisticated customers – I know that because I tried, many times, to get their attention (and Dick Blumenthal’s too) to no avail.

But now it’s a hot political item, so the pols are piling on. The trouble is, the banks are too big to pick on, the little old ladies fleeced by their stock brokers are too insignificant to garner the publicity these people crave, so they’ll go after hedge funds, which had nothing to do with the problem, and get the headlines they want. Idiots.

The rest of Connecticut better hope Mr. Fein fails in his attempt because Greenwich is paying the state budget. If the hedge funds go, so goes Hartford, Bridgeport and every other backwater impoverished city in this blighted state.

Here’s a crime I didn’t even know existed, and I got an A in criminal law 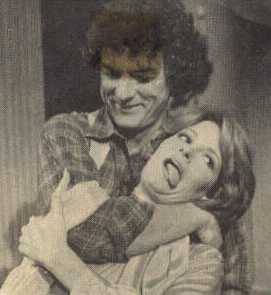 From the Greenwich Time police blotter:

• Terrell Nelson, 45, of 4 Capalbo Place was arrested and charged Sunday with disorderly conduct, third-degree assault and second-degree strangulation. He was held on a $2500 bond.

What the hell is first-degree strangulation, murder? 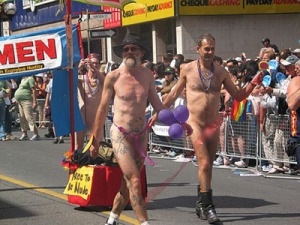 Off to Island beach!

Last year’s unsuccessful candidate for tax collector Rick Novakowski has complained that Greenwich’s policies on fairies and Hispanics are ruining the atmosphere at Island Beach. In my opinion, he’s right to bemoan the coarsening of Greenwich, but I suspect the fault lies beyond the invasion of Port Chester residents. America has become increasingly rude and inconsiderate and if you want evidence that this blight is not restricted to the lower classes, I suggest you spend an hour or two at the Whole Foods parking lot observing the behavior of Greenwich matrons in their Escalades and Porsche Cayennes.

Loud, blaring music of any kind is obnoxious, as Novakowski points out, but so is refusing to pause for pedestrians, stealing a parking space from someone waiting to turn into it, parking in handicapped spaces and blaring your horn at anything and anyone who annoys you. I don’t know, exactly, what’s happening to our town and our country, but inconsiderateness and just plain rudeness is rampant. And that’s too bad.

UPDATE: Apparently Mr. Novakowski was referring to ferries, not fairies. We regret the error – Ed.

Well, at least one of our Selectmen is working

Peter Tesei in disguise (the men's Rolex gives him away)

Third Selectman and EMT guy Drew Marzullo has come up with a cheap (free, actually) way to communicate with emergency services at Tod’s Point, where cellphone coverage can be spotty. Beach goers nervous about their security or health while hiking the park can check out a radio at the ticket booth and return it when they leave. The radios are older analog instruments that the police no longer use so they were just gathering dust, but they still work, and pressing a single button will connect the caller to the police dispatcher. That’s a smart idea – I don’t know if it’s necessary, although Marzullo came up with it in response to concerns expressed by his constituents so someone wanted the ability to summon help, but what makes it especially smart is that it basically costs the town nothing. If it doesn’t work, or there’s no demand, no harm no foul.

But what I think we really need is a way to reach our First Selectman and his tax collector to find out when, if ever, they plan to send out our property tax bills. I realize that Mr. Tesei, who is rumoured by Scusie to be on Nantucket working on his all-over tan at Miacomet’s nude beach, is out of touch (the only place to carry a phone in that state of nature tends to muffle the sound), but couldn’t tax collector Laudonia carry a cellphone in his golf bag?

By the way, where is Greenwich Time on this scandal? I lost my only reader there when Bernie Yudain died but I can’t be the only one squawking about this.

Kiss me honey and I'll turn into a frog - I promise!

So I made lobster rolls for last night’s Sunday dinner – perfect, cool food for a hot summer evening outdoors – and, rather than discard the shells, I broke them into small pieces, cooked them in a little oil for ten minutes with some onions, celery and what not and simmered them for two hours in the left-over lobster water. According to the recipe I pulled from the Internet, the next step was to grind the whole thing up, sieve it and voila! Lobster soup.

Hmm. I have just a small food processor, adequate for most of my needs, but when it attacked even the small amount of shells and liquid I tossed in it bucked like a bronco and spat liquid out past its “sealed” lid. So much for that, and my would-be soup is now over the sea wall, awaiting recycling by our local crab population.

Any of you ever try this and if so, any ideas on grinding those pesky shells? I really don’t care to invest in a heavy duty processor – the point of the exercise was to put to use otherwise-worthless lobster discards and spending $200 (?) on a Cuisinart would seem to defeat that purpose. I do have a meat grinder for converting Bambi and Charlotte into sausage, and that might work, but I’m open to and would be grateful for other ideas. Thanks.