Over a week ago, I emailed GT’s Neil Vigdor on the Tesei tax mess because, until then, I respected him as a reporter. I never heard back from the “man”, but I see that he has located our target and asked him the hard, probing questions that Greenwich wants answered: how loud are the radios at Island beach?

Wow, Neil, is that what you learned at the Reverend Moon’s University of Bridgeport’s School of Journalism? I am impressed! And I bow to your editors, who print your pusillanimous rubbish. I regret once thinking you were an actual reporter – silly me..

For the record, First Selectman Tesei is not overly concerned with the radio noise at Island Beach. I will call him tomorrow and try to interview him on lesser matters, like where the property tax bills are and what Greenwich intends to do about penalizing taxpayers who don’t cough up the dough by August 1st.. Because if you don’t read it here, you certainly won’t read it in the Greenwich Time.

Would (some of you) please stop taking this blog so personally?

I occasionally get furious emails from people who claim that I have labelled their messages as spam and demand that I retract that action. Here are the facts: I use  Gmail as my email service, and WordPress as the host site of this blog. Both apparently use algorithms to weed out spam and it does happen that legitimate messages end up in that category. When I was ill two weeks ago I let 137 messages pile up in the WordPress spam file, and probably even more in the Gmail account. Usually, I do scan them to make sure real messages didn’t get mislaid, but I’m daunted by the task of sorting through all that dreck now (and believe me, almost all are from Russia or Nigeria). So if you have something you feel must be said, try again. I’m dumping the spam folder and I can return to sorting things out.

But really – it isn’t personal, usually (sometimes it is, I admit – I’ve grown tired of a couple of racist reader/commentators).

Where is our First Selectman? 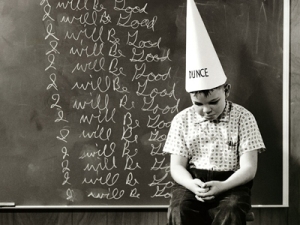 Greenwich gets no state aid – quite the contrary – and we run the town on property taxes. So it seems to me to be a pretty big deal that on this, the 19th day of July, tax bills due July first have yet to be be mailed by our amateur (but highly paid) tax collector Tod Laudonia. I don’t fault Laudonia all that much – he’s a buffoon, elected to a job obviously beyond his capabilities. But we do have a First Selectman, elected to oversee the town, and he has hidden from this problem since it first surfaced. Not a peep from Mr. Tesei in six weeks. So what happens on August 1st, when we have no cash?  I guess we’ll find out, but with the First Selectman remaining silent and refusing to get involved, it’s sure to be a surprise!

Yes yes, I’m off to work

But I’m trapped reading Herman Wouk’s War and Remembrance. I wrote recently that, after watching the mini-series via Net Flix, I was inspired to re-read Winds of War and, while I was ordering that via Kindle, I figured I’d get War and Remembrance even though I remembered it as an inferior work. But Winds of War ends at Peal Harbor and Wouk does such a fine job of drawing you into his characters that you just have to know what happens to them afterward.

But here’s the funny thing – Wouk wrote the second book when he was my current age, or perhaps older. When I first read it, I was a callow youth with no children. At this stage in my life, his description of an older father, observing his three children as they grow, a young woman finding her way in a career, two sons, one in submarines, another a pilot and both in danger in war – well, it’s a totally different experience. Now, I understand the book perfectly and I love it.

But those same kids of mine can still can use some financial assistance from their old man, so I shall postpone my reading pleasure and get to work. Really. No later than an hour from now!