Clean and check your weapons

No, of course not, but this is discouraging: Democrats coming back in the polls.

2: 45. Listening on the radio, but these guys sure seem like losers to me. Losing to the friggin’ Titans, for heaven’s sake.

Mixed reviews on Oliver Stone’s revisiting Wall Street, ten years on. In my opinion, based on my own career chasing Wall Street crooks, the 2000 film Boiler Room captured the true essence of the Street, even though it depicts a thinly disguised Stratton Oakmont on Long Island. Stratton was a penny stock boiler room operation and proper Wall Streeters would never admit a kinship, but in fact, it was just Lehman Brothers, Goldman Sachs and Bear Stearns writ small. A corrupt Senator protecting them? Yeah, they had that, in Al D’Amato. Lying sales agents? Check. Clueless customers? Yup. No loyalty to clients? D’uh.

It’s all fixed, and it’s all about separating investors from their money.

Try telling that to liberals

27% of self-identified gays and lesbians voted for McCain in 2008. I have a brother who is gay and he and his partner are political “conservatives” – not social conservatives, but, as am I, good old economic free marketers. They live in NYC and are constantly met with disbelief by liberals at cocktail parties: “but you can’t believe that, you’re, you’re gay!” Republicans ought to consider this phenomenon.

Commonwealth Games – India is not ready

Seven years to prepare, corruption and incompetence have made a shambles of the project. Filth, shoddy construction, collapsing beds, buildings and bridges: what a mess. And just wait a week until the Games open because that’s when the terrorism begins. India would have been well-served to have declined this honor back in 2003. It’s clearly not ready for prime time, as these games will expose. 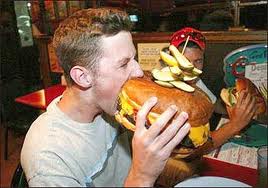