My advice? Skip the lattice work. In fact, skip the whole crust process. I used to pride myself on my crusts, using flour, ice water and lard to produce a melt- in-in-your-mouth product. It was great, but I now use  a Pillsbury roll up crust that is nearly as good and save an hour in preparation. The Dough Boy has won me over because I’ve grown lazy.

Same thing with cherries. No more fresh fruit and 30 minutes pitting them. I buy frozen tart cherries and let them thaw.

I made a cherry pie this weekend using these principles and it wasn’t bad, but I threw in instant tapioca, as most recipes call for, and it was a gummy mistake. The best cherry pie I’ve ever made came about because I had no tapioca on hand and I substituted corn starch and cut way down on the sugar. I’ll see if I can’t recreate that and if so, will publish it here.

More on the deliberately uninsured

That fellow in Tennessee was offered a choice: did he wish to join with his neighbors and protect them all and himself by joining in a fire protection group, at $75 a year (far less than the actual cost to put out a single fire) or go his own way? He chose not to help his neighbors – they could go f,,k themselves, and he’d take care of himself. No problem here – he should be free to make that decision. But suddenly, that fire was in his house, and he demanded that his neighbors help him. Why should they? And why the indignation that his neighbors stood by while his house burned? I don’t get it.

Dick Blumenthal: “I have no fucking idea how jobs are created”

The man is a moron, besides being a cheat and a liar.

Read it and weep

Paul Krugman doesn’t like the Tennessee mobile home fire. The 200+ comments are fascinating because they display the full gamut of political opinion, from liberal to libertarian. Obviously, we are a nation divided.

VINALHAVEN, Me. — Like nearly all of the residents on this island in Penobscot Bay, Art Lindgren and his wife, Cheryl, celebrated the arrival of three giant wind turbines late last year. That was before they were turned on.

“In the first 10 minutes, our jaws dropped to the ground,” Mr. Lindgren said. “Nobody in the area could believe it. They were so loud.”

Now, the Lindgrens, along with a dozen or so neighbors living less than a mile from the $15 million wind facility here, say the industrial whoosh-and-whoop of the 123-foot blades is making life in this otherwise tranquil corner of the island unbearable.

They are among a small but growing number of families and homeowners across the country who say they have learned the hard way that wind power — a clean alternative to electricity from fossil fuels — is not without emissions of its own.

Lawsuits and complaints about turbine noise, vibrations and subsequent lost property value have cropped up in Illinois, Texas, Pennsylvania, Wisconsin and Massachusetts, among other states. In one case in DeKalb County, Ill., at least 38 families have sued to have 100 turbines removed from a wind farm there. A judge rejected a motion to dismiss the case in June.

Like the Lindgrens, many of the people complaining the loudest are reluctant converts to the antiwind movement.

“The quality of life that we came here for was quiet,” Mrs. Lindgren said. “You don’t live in a place where you have to take an hour-and-15-minute ferry ride to live next to an industrial park. And that’s where we are right now.”

When they discover that their green energy costs ten X ordinary electricity, they’ll really be cheesed.

Okay, it’s a relatively small percentage, and not sufficient to  justify shutting down welfare completely, but couldn’t there be a provision for tossing overboard anyone spending another citizen’s money on a cruise ship? I’m sure we’d all feel better.

No surprise here, given the defendant Hayes’ previous confession. Next step, deliberations on the death penalty. Dr. Petit has urged that it be imposed, but I don’t think that should be controlling. Any father and husband would want the same for these two cretins. I’m kind of indifferent because I think life without parole is worse than death. Michael Ross, that chicken farmer serial killer, ended up begging to be executed after a decade of solitary ( wish granted – thank you, Make a Wish Foundation) and Hayes himself has already tried one suicide attempt. I myself would be stretching out my arm for an IV if I were faced with lifetime imprisonment.

On the other hand, Dr. Petit and society are entitled to grind these people to dust – I understand the impulse. So as I say, I’m indifferent because whatever happens to these beasts, it won’t be pleasant. Unfortunately, as Dr. Petit said today, nothing will undo the horror that was done.

Man drowns after GPS guides him into a lake. The Professor asks, “how long before the first murder by GPS-hack?”

Sounds fair to me 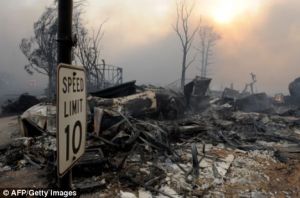 Authorities say firefighters in a far western Tennessee city let a mobile home burn down because the owner didn’t pay a $75 yearly fee for fire protection.

Cranick’s home is outside city limits, but South Fulton offers fire protection to nearby residents for a fee and did protect a neighboring house that paid.

Police say Cranick’s son was so angry he later went to the fire house and punched the chief.

Sounds like good old civic responsibility to me. New England towns used to have the same rule. We should apply this to health insurance, too.

Why not use our leverage?

Sharing offices with Fudrucker the Magnificent, Chairman of the Greenwich Demmerkrat Party, I am privileged to witness the constant begging of state-wide candidates, all beseeching Greenwich’s aid. I’m sure that’s also happening among the Republicans too, but as soon as the election is over, these folks return to Hartford and proceed to stick a bat up our a.. for the next two years and then return for more help.

We give them our money and our votes, for what? If they need us as much as they seem to, our elected representatives from Greenwich ought to be able to do a better job of fending off the rest of the state’s greedy claws. If they can’t, perhaps we need stronger,more aggressive representatives.

Town cracks down on cellphone users “to save lives”. Two pages of fluff in Greenwich Time, with no statistics cited to prove that using a cellphone is more dangerous than applying lipstick or that banning cellphones has reduced accidents. 40,000 cases have clogged our courts, for what? There’s no evidence that accidents lives have been saved, only that the state has collected $4 million in fines. And it gives our cops something to do. bah, humbug. 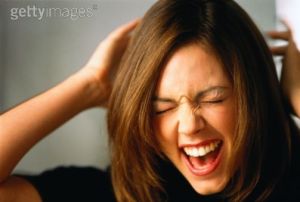 $35 million. Nice chunk of change for a tear down on forty acres, but a far cry from its original asking price of $125 million. That $90 million price reduction should stick on top of the record books for quite a while.

10 Spring House Road, which I wrote about yesterday, is back on the market with a new broker. It’s now asking $6.650 – it originally sought $8.950 and has been dropping ever since. It has propane for fuel, is in the Western Middle School district and is cheek-by-jowl to the Merritt. Assessed at $3.8 million