With the Chilean mining disaster turning out so joyful, here’s some fun

From InstaPundit: do NOT miss this video of a smart ass kid in Squarehead land (Sweden, I think)* hacking the local TV station’s teleprompter. I promise you, it’s worth your time.

* Hey, he’s Dutch! I’ve never been so proud to be a wooden shoer

I think we’re up to 31 miners plucked from the depths. There are still. I believe, 5 brave rescuers down there, and two miners, but they’ve shortened the retrieval to 15 minutes from an hour, so with luck, this is all over in a few more hours. Fantastic. Here’s a live video feed. The President of Chile, who orchestrated all this, is still on site. Cool guy.

UPDATE: 32 of 33 are up. But again, don’t forget the rescuers who went into that tomb. They have to come back up too.

Just one more miner to go. He is Luis Urzúa, the foreman on duty when the mine collapsed and now national hero in Chile. His disciplined leadership was credited with keeping the men alive on an emergency food supply during their first 17 days without contact from the outside world. In a telephone call with the Chilean president Sebastian Pinera he said: “Mr President, we need you to be strong and to rescue us as soon as possible. Don’t abandon us.”

No one did. The world responded. As my daughter Sarah would say, “Cool beans”.

But here are some neat drawings of the escape hole and capsule being used to rescue the miners. I was so worried yesterday that, having come so close, the rescue would fail but so far, 25 lives have been saved and everything seems to be going smoothly. What a wonderful day. The blend of improvisational genius and heroism reminds me of the Apollo 13 mission. In fact, I think I’ll order up Ron Howard’s movie – if you haven’t seen it in a while, I recommend it. You know how it turned out, but Howard keeps the tension taut all the way to the finish line.

By the way – there are now five rescuers down in the pit. Go Chile!

Lord, we give you Curly - try not to piss him off

Michelle says he prefers Chicago over the woods. Those chipmunks will getchya, Mr President!

Okay, it’s no charmer, but the price is right

Navy SEAL faces disciplinary action for killing British hostage. These guys risked their lives to attempt the rescue – it seems unfair to conduct an after-action review and make judgements on what went on in the heat of battle. I obviously know nothing of the facts here but, on its face, it seems to me to be unfair.

They seem to have speeded up the process: the latest miner came up just thirty minutes after his companion; it had been an hour per man at the start. Twelve (including the rescuer who joined them) to go. My, what a miracle this will be if they’re all brought home safely.

Comments Off on 21 Miners rescued

This two-unit condominium came on the market in 2008, with each unit priced at $5.9 million. Each is very nicely detailed, but they back up to a huge retaining wall that keeps Whole Foods from sliding down on top of them and, all in all, aren’t in the most attractive of locations. Today Unit A is back up for sale, now at $4.895. The assessment is $4.633 but, in this case, I think the builder should appeal.

What it’s all about, Alphie

One of the speakers at last night’s P&Z hearing submitted photographs of this house going up next to her to illustrate why she supported the grade plane change. Although it was unfortunate that she used the phrase, “they think they’re superior”, thus illustrating the true source of her bile, I drove by the site today and I can see her point.

If you look closely at my lousy picture, you’ll see that the builder has built up the site (on both sides) by erecting a retaining wall and adding fill in order to dodge the current regulations. The result is a house that’s three feet taller than its neighbors and will, I presume, drain its run-off onto the houses on either side of him.

That’s not good, and shouldn’t be allowed. But it’s the direct result of the P&Z’s last attempt to deal with the problem. As I suggested to Chairman Maitland last night, his commission is dealing with a balloon: press on one side, the balloon just squeezes out on the other.

But, while I disagree with the Commission’s latest effort, it’s clear that almost everyone on the P&Z (I reserve judgment on planner Diane Fox) has the town’s best interests at heart. More dialogue, more listening, and we might possibly get this right.

Plucked this article from InstaPundit – Popular Mechanics interviews a Marine/author about his new book on the rifle. I think I’ll buy the book, but if you’re not that into weaponry, but are the least bit curious about what the Taliban is using against our troops, try the interview. It’s good.

My friend Lou van Leeuwen’s son Ben has just landed one of only four concessions at the (temporarily  shuttered) Tavern on the Green for a Van Leeuwen ice cream truck. I’ve written here before about Ben’s ice cream – it’s the best I’ve ever tasted, especially my favorite, ginger. We were blessed a few years ago when Ben started his venture here in town and we could find his yellow trucks all over the place, but he’s moved on as he’s expanded and, for now, the business is pretty much oriented in the city. But fear not; Ben’s got a deal with Whole Foods, so you can still pig out on the stuff. Pure cream, pure ingredients, and guaranteed to clog your arteries. Pure bliss.

Comments Off on Riverside success story

It’s got a grand history of getting rid of unwanted politicians. Basically, if voters have, say, fifteen votes to spread among twenty candidates, they can use just one vote for their favored candidate and not cast the remaining fourteen, thus depriving their least favored candidate of any votes and increasing the odds of their favored. For instance, Franklin Bloomer, of District Five (Riverside), has survived year after year despite having the most unpleasant personality  of anyone since Genghis Khan, because his surname begins with a “B”, and RTM voters tend to allot their votes beginning at the start of the alphabet and ending when they run out of votes.

If everyone in District Five were to cast just one vote for whoever appears before Franklin, that person would swamp Bloomers’s frail craft and we’d be shed of him forever. What a nice prospect. 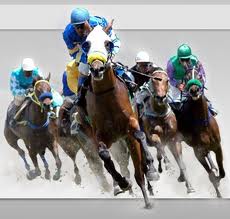 State attorneys general in 49 states started a joint investigation into the mortgage industry on Wednesday, a move some experts fear will cause uncertainty and threaten the recovery of the housing market.

The average period of non-payment for foreclosed loans is 18 months, so we’re not being realistic here if we envision these loans being made current. What I fear is that the states are going to reward defaulters by paying off their principal with funds striped from taxpayers. I’m working now with a guy who scrimped and saved $200,000 over nine years so that he could afford to buy a house in Greenwich. What kind of message is sent to such a reliable citizen if his taxes are raised to bail out his profligate neighbor? Nuts.

As of noon, no contracts, no sales, no nothing, and the foreclosure market is stalled. It’s enough to make me think about dusting off my law license and returning to the fray, suing lenders.

What we have heya, is a failure to communicate

From what I understand of the P&Z’s new grade plane regulation, “grade plane” will be calculated from the lowest point of a house. In many cases, that would be the garage tucked under the house. I took pictures this morning of the five houses on my little William Street in Riverside and it seems to me that we are all about to become non-conforming, and whacked by this regulation.

All of these homes were built into hills – it’s how things were done back in the twenties. *If this new regulation can push every single house on just one street into nonconforming properties, multiply that a few hundred times and see where it gets you. Perna Drive residents, for instance, aren’t going to be happy.

Fudrucker insists that my interpretation is wrong, so when he comes in today, we’ll hash this out. But that’s how I read it.

By the way, last night’s performance by the P&Z Chairman, Don Maitland, was pathetic (Fudrucker himself was quite able). Maitland droned on and on about how he was solely concerned with bulk and had no interest in controlling usage inside that bulk. I pointed out to him that this simply wasn’t so, that his commission had issued precise regulations barring use of attics and space above garages, and he replied, “humenahnumenhahumanah”. I’m sure he’s a nice guy, but it’s time to retire him if he’s that clueless as to what he’s doing.

Carbon footprints are for little people

Barney Frank and his pot-growing boyfriend used Greenwich hedge funder Donald Sussman’s private jet for a trip to the Virgin (I kid you not) Islands. No word on whether the couple also brought along Barney’s gay prostitute, but he did report the cost of the flight as “$1,500”. I haven’t priced private jets lately, so perhaps their cost has gone down, but I was under the impression they cost more than that. I’ll have to call Don and see what he can do for me this winter.

The triumph of the NEA

D.C.’s Superintendant of Schools, Michelle Rhee, is fired. She slashed into the bureaucracy, fired under-performing teachers and principals left and right and was having a great effect, but the blacks of Washington fired the mayor who supported her and elected someone who would restore the old patronage system of crack head Marion Berry – they like it that way and, apparently, they like their failing schools. Too bad for the kids.

Rhee’s goals – higher student achievement, better teachers and greater accountability for their classroom performance – were generally shared by her predecessors. But with new powers putting the struggling school system under mayoral control, Rhee pursued the goals with an unprecedented zeal.

She closed more than two dozen schools, fired teachers by the hundreds and spent more than two years negotiating a labor contract that gives principals new control over teacher hiring while establishing a new performance-pay system that ties compensation to growth in student test scores.

Rhee also dramatically expanded the number of spaces in preschool, pre-K and Head Start, and opened the Early Stages diagnostic center to help flag learning disabilities in children ages 2 to 5. She piloted a program of “wrap-around” support services for at-risk middle school kids and launched a program of “themed” schools focusing on science and technology, world cultures and the arts.

Here’s the liberal response to Rhes’s leaving: good riddance The left is committed to having blacks dependent on the Democrat Party, and a well-educated populace is not to their liking.

What wonderful news to wake up to

When I awoke at  6:00 AM, eight of the Chilean miners had been rescued and now, as of 9:00 AM, that number is up to eleven. This was a rescue effort that drew people from at least twelve countries (the operator of the successful “Plan B” drill came down from Colorado, for instance). I’m awed by the rescue worker who went down into that pit to assist. I’d certainly have been willing to get the hell out of there, had I been entombed since August 4th, but volunteering to go the other way? As I say, I’m awed.