I may have to switch to watching football

I’d figured on  a Phillies/Yankees series. But maybe it’ll be Giants/Rangers. I don’t care about them.

We can do nothing!

This isn’t encouraging: BET, Selectman disavow any authority over spending. Throw ’em out, throw them all out. In fact, if that Christine O’Donnell is unemployed after election day, perhaps we should bring her up here to run things. 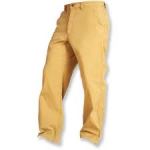 I’ve been wearing a pair of Mountain Khaki pants that arrived Monday, and I’m really pleased with them. Pretty rugged material and, as purchased from Sierra Traders, pretty cheap – $30 bucks? Something like that. The company was based in Jackson Hole but I see that Remington Arms bought them last May. So maybe their quality will drop but for now, a great value. Certainly better than Bill’s Khakis which are over-priced and shoddily made.

I’m wearing  them as business wear (don’t tell Southern Discomfort!) but I’m a notorious casual dresser. I remind readers that my dad was voted “worst dressed officer in Washington” during WW II, and I strive to equal him in every way. Still, I think they look pretty sharp.

It’s almost that time of year! 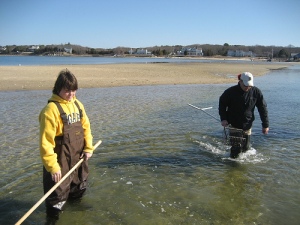 Dinner on the hoof

The clamming beds are open at Tod’s Point. Well, two areas now, and two more November 1st. This is a wonderful way to get outside and enjoy the beach in the winter, with kids or not. Easy to do, minimal cost: you probably already have rubber boots and a pitchfork works just fine for digging. You’ll need a permit, $10 at Town Hall or Sportsmen’s Den on River Road, a “sizing ring” ($6 bucks or so at the Den) and a bucket, which again, you probably already have. Go at low tide and have fun. Pal Nancy vowed she’d never eat a shellfish from Long Island Sound but after I prepared a linguine with clam sauce, she changed her mind. We’ve got hard shells, soft shells, oysters and mussels, and they’re all good.

In order to have the beds reopened after decades of pollution, the town had to promise the state that we’d have a volunteer group to oversee the activity, enforcing size limits and shut-downs (an inch of rain, for instance, washes goose poop from Binney Park into Old Greenwich Harbor and makes the clams dangerous). So if you see me or anyone else sporting a clam warden’s hat, please be nice and cooperate – we’re spending our time so you can enjoy this. And of course, we’ll probably be digging alongside you.

Tagged as clamming, clamming in Greenwich

In a debate at the Widener University Law School, Ms. O’Donnell interrupted her Democratic opponent, Chris Coons, as he argued that the Constitution does not allow public schools to teach religious doctrine.

“Where in the Constitution is the separation of church and state?” Ms. O’Donnell asked him, according to audio posted on the Web site of WDEL 1150 AM radio, which co-sponsored the debate.

The audience at the law school can be heard to break out in laughter. But Ms. O’Donnell refuses to be dissuaded and pushes forward.

“Let me just clarify,” she says. “You are telling me that the separation of church and state is in the First Amendment?”

When Mr. Coons offers a shorthand of the relevant section, saying, “government shall make no establishment of religion,” Ms. O’Donnell replies, “That’s in the First Amendment?”

I’m all for throwing out the scoundrels, but I’m not in favor of replacing them with complete idiots. Although, could they do worse?

We already have more municipal employees than any other town in Connecticut, and will soon be faced with paying their retirement benefits. For a nice, Republican – run town, we’re as bad as the Republicans in Washington. We can’t renege on past, profligate contracts, so, going forward, we should slash, slash, slash, and preserve the town for our kids.

Well, I like lots of things about our military, but we’re blessed to live in a country where our armed forces obey civilian authority. The Pentagon has instructed military recruiters to accept applications from gays, subject to a later reversal. I’m not at all comfortable with a single judge setting policy for the military, but I’m glad to see obedience to current law. The military has an exemplary record on this. After shamefully  refusing to let blacks serve with whites during the first two world wars because, generals claimed, they feared riots, they did a complete about-face when Harry Truman directed them to and integrated the service, instantly. The result is far more than Colin Powell ascending to chairman of the Joint Chiefs of Staff – the military today is probably the most diverse, integrated organization in our country.

Sales and a contract

38 French RdI really liked this new construction off of lower Round Hill Road, but it wouldn't sell at $12.7 and was stillstuck after dropping to $9.250 million. It has now sold direct, w/o commission, for $8.575. I think the buyer has done well. Assessment is $5.582. 56 West Brother

(This posting got screwed up – sorry. Off to a couple of open houses and then I’ll see if I can fix it.)

I have a reader, Southern Discomfort, who could well be a garbage man but whom I assume is a high- level businessman. His responses to my post on blogging present a neat demonstration of dying brain cells on the road to failure. Or at least, that’s what I think. I suspect that, were you to track this fellow down to his country club, he’d put forth a convincing argument that I’m wrong. On the other hand, nothing he’s posted here supports that theory. “Ve zill march in lockstep, Ja?”

Individual blogs create the possibility of someone going off the company marketing message, making comments that offend people, getting too personal, spending too much time on their blog vs. out making calls, and showing houses, and of course the chance someone could go absolutely rogue and create all kinds of messes for a company. It is a horrible idea to have a boat load of semi professionals Tweeting, and blogging whatever they feel like. As innovator who sees the value of social networks, and as someone on the cusp of technology, you should see that sites like Zillow, Trulia, and soon to be launched other will effectively make real estate agents into zombie salespeople. The need for them is becoming less and less understood, their value is questioned even more these days, and the information they used to provide to a client is easily accessible for free from a multitude of sources within seconds. Between the horrendous real estate down turn, and the sea change of technology in the real estate market, I think the average kitchen variety real estate broker will be a rarity akin to a travel agent, or independent florist.

Bad blood between the family for years.

So throw the bum out

Greenwich tax collector Tod Laudonia’s inept performance has revived interest in making the post an appointed, rather than elected one. I think I’m with former Selectman Jim Lash on this – he claimed the job could be eliminated entirely and we’d save a $94,000 salary and the salaries of three of the six clerks who work for the collector. But, so long as the post is elected, let’s make certain to un-elect Mr. Laudonia, soon. 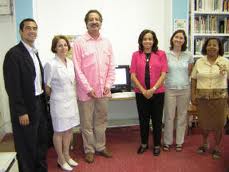 You should see me in heels!

Is Greenwich hedge fundie R. Donald Sussman actually the testosterone behind a female hedge fund? It seems so. Apparently there are investors out there who insist on doing business with women so, just like contractors who set up  phony construction companies headed by blacks, Sussman has stepped in to provide those investors with what they want. He keeps the profits, of course, but surely he’s entitled to his reward for filling such a need.