Found! The stupidest person on earth

So says Pajamas Media and by golly, I think they’re right. “Colleen” from Johnson State (a cow college in Vermont) wants to bring back Mao and slaughter another couple of  million of her fellow citizens. Nice smile, though.

This guy, writing in the Wall Street Journal, thinks the apocalypse is a long way off. I’d be hugely relieved if he is right and I’m wrong and, unlike me, he sounds like he knows what he’s talking about. Here’s hoping. 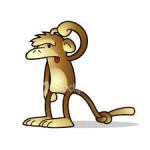 Not flying this week? Something else to be thankful for 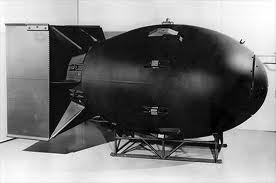 Passenger forced to stand for seven-hour flight from Anchorage to Philly after 400 lb fatso fills both seats. The airline did give him a $200 coupon, just in case he cares to try again.

Go for some of the most expensive electricity in the country – Utah, $0.8 per kilowatt, Connecticut, $0.19. Oh, and don’t forget to raise taxes on those rich f***ers in Greenwich.

154 North Street, a 1/2 acre back lot with an ’88 house on it that positively screams “tear down!” has dropped its price once again, this time to $1.750 million. It started as an estate sale in 2007 at $3.5 million and it’s been drifting downward ever since. You’d think the heirs would have grown tired of waiting by now but I notice from the listing that “a family member is in residence”, so perhaps that explains it.

Just in time for Christmas

Just for Cos Cobber

I have to head off to get the fixings for Thanksgiving dinner (Chinese take-out, unless I get ambitious between here and Food Mart) but I’ll be back to check on today’s limited real estate activity. In the meantime, here’s a picture for Cos Cobber, just to keep him entertained: 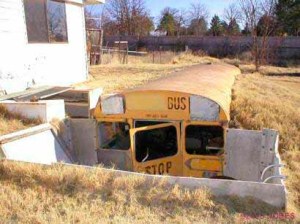 Tagged as Cos Cob Condos

You CAN sell a house in this market, just price it right

Russ Pruner listed 18 Grahampton Road, 3.21 acres and a beautiful 1940’s house, in early October and priced it at $3.9 million, which is exactly what the town values it at. It has a contract today. The listing suggests that a buyer may want to “renovate or build new” but I hope it will be renovated. In any event, if you’ve been wondering what 3 acres sells for in the 2 acre zone, now you know.

Comments Off on You CAN sell a house in this market, just price it right

Listing withdrawn (just for the season?)

I rather liked this 2010 construction at 19 Montgomery Lane in mid-country. One acre of land, nice back yard, 5,000 sq. ft. plus basement and built by Kaali-Nagy, who does an excellent job. Owners priced it at $4.750 million back in May and never dropped the price so I suppose that’s what they’re sticking to, despite potential buyers’ obvious disagreement. No assessment yet.

How do you know when a broker has lost interest in your house?

When even a dummy like me could have, and did predict this ….

Why Wall Street only hires from the Ivy League

Comments Off on When even a dummy like me could have, and did predict this ….

And where do they go from there?

Germany’s latest bond auction sags as investors flee that country’s debt for … the US? That strikes me as more of an act of desperation than a vote of confidence in our own Yahoos down in Washington. Things could get interesting very soon.

Comments Off on And where do they go from there?

Interesting how myth becomes fact. The New Yorker is just the latest publication to confuse “Follow the money” as an actual quote from “Deep Throat”. He never said it. I’m a bit surprised by this because the New Yorker has always been famous for its fact checking. A couple of years ago I was interviewed by a New Yorker reporter concerning the colossal flop of the Antares Boyz and later spent forty-five minutes with that magazine’s fact checker nailing down some very obscure details, like where the town dump is located. Hmm – budget cuts?

That spec house at 25 Beechcroft Road, unsold and vacant since it was built in 2008, reports an “accepted offer, continue to show”. It claims 2 acres, but half of that is underwater and to this viewer, and my clients, it has one of the strangest layouts I’ve encountered. But there’s a buyer for every house, I suppose, albeit fewer than this builder had hoped for. In 2008, when this place was asking $7.950. another spec house across the street, asking $8.295, sold for $6.150. 25’s owner should have taken notice but he didn’t and the last asking price was somewhere in the low $4’s, just enough to pay off the mortgage. The guy paid $3 million for the land in 2007 which, in retrospect, was a mistake.

I liked this house but boy, were the sellers dreaming

Further south and east, 30 Park Avenue in Old Greenwich has sold for $2.5 million. New construction on 0.23 of an acre with a car port instead of a real garage so as to meet FAR requirements (thanks, P&Z). Asked $2.945 in June.

This may not help

Ha – Google “Cos Cob day care” and you’ll find our duct tape baby third from the top. I’d like to see the reaction of a prospective resident when she searches for day care near her new home. Snicker.

Tagged as cos cob day care

Unable to find anything to cut, Democrats propose an additional $400 billion in new spending.

Comments Off on Say, here’s a surprise

Okay, this is pretty cool

Greenwich firemen donate food to Armstrong Court resident who, in turn, is already cooking a turkey for her church’s own mission to the hungry. Pass it forward.

(Almost) makes me ashamed of all those razor blade apples I’ve given out on Halloween over the years.

Funny, they’re enough to make a LOT of people run for office

Obummer to the over-educated, ignorant unwashed: “You’re the reason I ran for office”.

Comments Off on Funny, they’re enough to make a LOT of people run for office