Whew! You can relax and buy that house now

Experts say Mayans never predicted end of the world in 2012

Room available up on Round Hill

The collapse of the higher education bubble

From the Professor, of course. 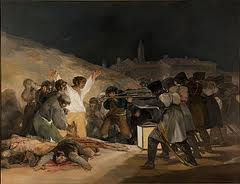 But I work for the FAA!

England: 50% of Brits angry over TV host’s suggestion that striking workers be shot in front of their families. Works for me.

I have a new client (yes, buyers are still out there) and after discussing things a bit, I promised to send him a fistful of listings so that we could get closer to seeing what he might want. I pushed in some criteria: price range, general area, lot size and price range – $1.75 – $3.95 (the latter is over his budget but what’s asked and what will take it are usually different) and came up with 77 possibilities.

I winnowed those down, knocking off the ones that were too far north or west, ugly contemporaries, etc., but mainly I focused on price histories: a house that started off asking $5.2 million in 2008 and is now asking $2.3 indicates an owner who’s got religion. Something that’s stayed pretty close to its asking price for the past year has no interest because clearly the owner has made up his mind what his house is worth and the market be damned. Not wasting my time or my client’s time on him. New listings are of almost no interest because they’re usually overpriced and haven’t had enough exposure and failure to soften them up. There are exceptions – some houses are brilliantly priced, and I would have included their listings in my client’s package had I found any. Not today.

So that’s one agent’s process and it’s probably not too different from anyone elses – only our opinions of relative value differ. I am certainly not offering this description to show that I’m infallible but rather to demonstrate the selection process. Seventy-seven possibles, eleven of varying interest and 66 houses that will not, today at least, be considered. Another agent could very well select an entirely different group, of course. I’m just saying how I did it.

Homeowners in denial about value of their property

Not in Greenwich, where values never drop, all our children are Ivy League material and none of us is fat. But in other areas of the country, boy!

What I said yesterday

Yesterday’s announcement that our central bank was going to bail out European banks sent U.S. bank stocks soaring. Which I, at least, think proves my point that U.S. taxpayers are once again being milked to enrich US banks who have friends in Washington. This isn’t an attack on a Demmerkrat administration – it’s the system that’s skewed and both major parties are keeping it that way. So maybe we need an alternative to the major parties? I’m going to enjoy a calming cup of tea and think about that.

Another useful idiot opens his yap

Rich man in Bloomberg: “Raise my taxes so that the middle class consumer can create jobs”. This guy is probably went to Harvard to learn his economics (did you see that Harvard’s latest generation of cretins staged a walk-out from their Econ 101 class because it placed too much emphasis on capitalism and not enough time devoted to studying “alternative” economies like communism and socialism?)

In this man’s view, wealth is static, and the  middle class can only spend money and buy things if they are handed money that’s been wrested from the rich and, after a deductatory detour through Washington, redistributed to the unwashed. While that idea has worked beautifully in Zimbabwe, where the seizure of farm land from whites and it’s gifting to political cronies has destroyed both agriculture and the jobs of 500,000 black citizens, that’s not the result we want here, is it? oh, yeah.

Scary words from our leader

Obummer: “I’m going to need another term to finish the job”.

Some folks still believe in America

Sandy Weill’s $88 million NYC penthouse sells in three weeks. To a furriner. My guess is that it’s a Russian buyer because, even if you overpay here, you’ll be safe from Putin’s grasp – for now.

(Here’s what happens when you’re a Russian billionaire and fall from Putin’s favor.)

Greenwich P&Z allows  Gabriella’s (sp?) to expand to the second floor. The owner of this steak joint has an unbroken record stretching back at least forty years of clogging the street with traffic and making false promises to address the problem. There is absolutely no reason to believe that he’s decided to finally stop lying now but the P&Z chose to believe him. They’d probably agree to let Lucy hold the football.

And why should Church Street residents suffer so that out-of-town “celebrities” and in-town hedge funders can gorge on hundred-dollar plates of tough pasta? beats me. I preferred the old Luca’s, anyway, when that second floor was rumored to hold a whore house. True? Probably not, but Barney Frank did visit from time to time.

Not if Lake Avenue is an example

There’s some consolation in this for me: while I may not like them, these houses sure are fun, and profitable, to sell. So woodsman, fell that tree and let’s start digging!

Will the EPA kill the shale oil industry? While the useful idiots in OWS still dream of a propeller-beanie future, the group surrounding Obama is not composed of stupid people. Evil, yes, but not stupid.

Obama et als have: curtailed off shore drilling, eliminated a pipeline that would have brought oil in from Canada – so much better to rely on stable regimes like Saudi Arabia – moved to shut down coal-fueled energy plants (60% of our electricity comes from such plants) and vowed to bankrupt “anyone who tries to build a new one”,  forced the destruction of hydro-electric dams, prevented nuclear plants from operating and thrown every barrier possible up against new transmission lines.

How will the economy run without energy? The morons cite those beanies but again, Obama’s crowd isn’t that stupid, right? So what other explanation is there for their actions? A desire to impose a central government run by academics comes to mind. The plan is not to include jobs for Americans – witness the billions spent on windmills that are fabricated in China or the determined push to shut down North Dakota’s fledgling oil boom and its 20,000 new jobs. Everyone on the dole is the agenda, and to pay for it? Serfdom and 100% taxation, where we survive only by keeping in line and in favor with our political bosses and community block committees.

That’s my opinion – yours may differ but if it does, please tell me how you propose to keep this economy going – cfl bulbs and propeller hats don’t count.

In an exclusive, FWIW has learned that the Lacoff Three “just happened” to be driving behind a bank courier van yesterday when the van doors flew open and bags of money spilled out. By the time the police arrived the spilt money and the boys were gone, leaving only a single-page trust agreement in their wake.  Some guys have all the luck.