Prosecutors with nothing better to do

Woman who offered sex for World Series tickets has conviction for prostitution overturned. Admittedly this happened in Pennsylvania where there is no crime but wouldn’t the taxpayers have been better served if their justice department employees had just ordered out for coffee while waiting for a real felony to occur?

20 Carpenters Brook, a house so far out on our northwestern border that you must don a Mountie’s hat to visit, has been withdrawn from the market – last (short sale) price was $1.350 million. This place was never, ever worth the $4 million first asked for it in 2007 – even then, the owners had moved out and the house was deteriorating – but it’s been sad to see it fall apart over the years until it was finally offered as a land deal. I don’t know what two acres and a tear-down is worth out here under the flight path but obviously not $1.350 and, my guess, substantially less than that.

UPDATE” Over $3 million in mortgages on the property but, like the former owners, Washington Mutual’s just a fond memory. So I guess it’s now the people’s house, and we’ll be eating this one. Shall we go camp out up there? Or perhaps offer it to Margaret Rague for her Occupy horde?

I’ve never much liked Fudrucker’s choice of name for this firm – among other reasons, I have no idea what “EBT” is supposed to stand for. So with the demise of Cleveland, Duble and Arnold, I’ve suggested to Frankie that we adopt that name by association. I’m thinking that “Grover, Duble and Pepperidge” has a nice, WASPY-sort-of ring to it while evoking the memory of a once=proud firm. So far, Frankie isn’t biting but I’m hoping to wear him down; it’d be nice to resume wearing my Nantucket reds and Topsiders.

Someone saw the value

If you’re blowing this clambake, better have done so by now

Blizzard’s fouling up travel. Daughter Kate came in from Albuquerque last night after only a two hour delay but she may have been the last traveller to have such an easy time of it.

Comments Off on If you’re blowing this clambake, better have done so by now

Nothing is stirring, not even a mouse

It’s Tuesday so it must be time for the real estate firms’ Christmas parties! At least, there’s nothing of import being reported to the MLS and I had a hard time arranging showings today – in fact, I pushed them off to Wednesday when I hope there will be one last surge of enthusiasm among brokers to unload their wares before year’s end.

Here at EBT Realty we’ll be celebrating with coffee and, if we really go wild, a nice cup of hot chocolate but I understand other parties will be more exuberant.

Comments Off on Nothing is stirring, not even a mouse

How did so many state employees get food stamps? 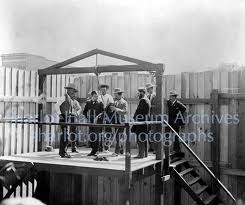 No, of course it wasn’t because they were hungry. They stole because the state let them. Eligibility was determined by net take-home pay, so deductions taken out by the state employee credit union didn’t count. You too could probably qualify for food stamps if the state monopolists let you into their game. Take your gross income, then deduct mortgage payments, home owner’s insurance, medical insurance, car payments, child support, alimony, etc. etc. Your gross income having now been shrunk to disposable income, you are free to go buy donuts with other people’s money.

As I was saying about Byram … 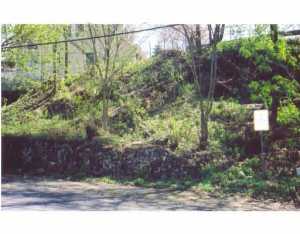 13 Peck Avenue, a building lot on a tenth of an acre in a challenged location, was listed in 2005 for $347,000. The market laughed and after four years the seller reduced his price to $249,000, where he stood fast for another three years. After a year of mellowing off market he’s back again, now asking $99,900. It’s possible, I suppose, that some fool might have paid $100,000 for this scrap of land in 2005 – hopes were high, the dope and alcohol were flowing – but today? The delusion continues.

A blast from the past

Okay, this one made the rounds a few years ago but just like we listen to Alice’s Restaurant each Thanksgiving, is there anything that screams “Merry Christmas!” better than this? I think not.

I won’t be there

Why won't you listen to my ideas?

A drunk walk comes to Darien tomorrow to honor the Occupationalists. A lady with the unlikely name of Margaret Ragu, who claims to be a whole earth – type “doctor” and a lawyer (I’d be ashamed, but I’m pretty sure she got a degree, if she did so at all, from a box of Sugar Crisps) plans to stage some kind of protest in Darien, where she will demand that society be restructured so as to permit talentless people like her to steal from others. Why would she want to live a life dependant on another’s labor? She doesn’t say, but perhaps it helps explain matters to know that the last time Ragu was in Darien she was arrested for drunk walking on a public highway. Hmm.

UPDATE: well she might have once been a lawyer but the internet shows her office as closed.

UPDATE II: No record of her ever having been admitted to the Connecticut bar. (Which is different from a bar in Connecticut)

UPDATE III; Thanks to readers, I post this link to the details of the lady’s arrest and her comments thereon. This is not only one dumb tomato, she’s flat-out batshit crazy. Whoo boy – I’ll bet the media treats her like a serious spokesman for the Occupy movement and, come to think of it, she’s probably perfect for that role.

UPDATE IV: a reader says that she’s licensed under a different name. Still crazy, after all these years.