A meaningful price cut? Maybe. Larger than the usual, anyway

38 Cedarwood has dropped from $7.750 million to $7.250.  Will that be enough? Darned if I know, but it’s a good sized chunk of cash and should attract some buyer’s attention. The owners paid $6.5 million for this place, new, in 2003 and it might ultimately return there, but Cedarwood’s a nice street in an excellent location and this house, on two acres, seems to have all the features buyers in this price range demand. Could be your cup of tea.

Comments Off on A meaningful price cut? Maybe. Larger than the usual, anyway

No, leave the driving to us! 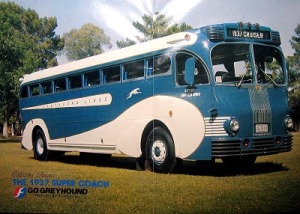 Guy steals a bus in Syracuse and drives it up to Watertown to visit a friend. A couple of questions: why would anyone want to go to Watertown?; why would they go by bus?

On the other hand, the article says that Greyhound disabled the bus remotely, which is pretty cool – I didn’t realize they had that technology. Maybe they’ll sell that knowhow to the Taliban.

No, Dollar Bill’s fine, I’m talking about those drones that don’t like the Taliban. Question: if we worry about the technology of these craft falling into enemy hands, why don’t we have explosive devices included in their fuselage? I’m sure there’s a good reason why not, but I’m curious.

The Strangler gets his wish

Oh please, don’t DO this!

Does this mean anything?

I dunno. Six houses sold for $10 million plus this year versus twelve last year. Only Dollar Bill considers this an encouraging trend but then, he would. No soup for you!

Not much going on in real estate

No one’s reporting any news, although here at EBT we’re busy on three deals so I assume others are busy too. I did have occasion to look over the $3-$5 million inventory for a new client (don’t tell Walt) and I selected six out of fifty-five possibles, based on what they last sold for. If the house is presently priced below what the owners paid for it pre-2004 (and pre-2002 is better) and put, say, a million into improvements, then I figure that could be a house of interest – the seller is a realist.

By my math, 49 out of those 55 houses are being offered by deluded sellers and not worth wasting time on. Even scarier are those houses that are not only overpriced but also located on marginal land. Just because you made a dreadful mistake in the exuberant days of yore, don’t expect a sober buyer today to bail you out.

Comments Off on Not much going on in real estate

I liked this house in Hillcrest when I saw it last spring but it was priced at $2.695 million, quite a hurdle to overcome if you’re trying to convince a client to consider Hillcrest (which is harder than it should be, in my opinion, because the lots tend to be large here, an acre or more, and the streets quiet). Somewhere along the way the sellers dropped its price to $2.195 but I missed it when they did and I had long since dismissed it. Too bad.

In any event, someone found it and liked it enough to put in an offer. The owners paid $1.710 million for it in 2002 and then did an extensive remodelling job. If the final selling price is close to that $1.7 figure, the buyers will have done well.

Comments Off on Gone to contract

It must be that Christmas spirit

Brother Gideon notes that I accurately predicted 32 Twin Lake’s selling price 1,000 + days ago. (Almost) makes me regret stiffing him on a present this year but what the heck, his birthday’s in February.

Comments Off on It must be that Christmas spirit

Nancy Pelosi didn’t think to do this, the heartless bitch

Obummer and wife wish their friends a happy Kwanza.

Getting into the occupation spirit

They want to come in and use the bathroom? That's fucking priceless

Former Speaker of the House Nancy Pelosi has arrived via private jet and checked into her usual $10,000-a-night suite for her Hawaiian Christmas vacation where she will stay (and even attend a Christian mass) for ten days penance while contemplating the plight of unemployed college graduates.

“Look,” said she, “I invited fifty-four of the cretins to camp out in front of my place on the beach, so don’t give me shit about not caring for them. If they couldn’t afford the airfare to get here, why is that my problem? Haven’t I already said ‘God bless them’? What else do they want from me? If they want the good stuff, then why the fuck don’t they go out and get a job, or marry a rich guy or something? Christ on a crutch, these scum make me puke.”

Reached for comment on his own neighboring vacation island, President Obama stood up on his surfboard and urinated in the direction of the beach before his Secret Service team shooed reporters away.