Whistling past the graveyard or dreaming of 3.5% unemployment?

There will be a handful of losses but the vast majority of Greenwich doesn’t need to sell whether they are underwater or not. And with interest rates this low those that needed to refinance did so at the best rates in a lifetime. Will be interesting to see how Greenwich realtors are going to pay their bills with little to no transaction volume.

Look, I don’t know many fat cats – they won’t let me into Cos Cob to meet them – and the few I do seem to be doing okay or at least keeping up appearances. But the houses I’m trying to sell sure do have some pretty impressive mortgage debt on them – more than the house is asking, often (and you can’t refinance, “best rates in a lifetime” or not, if your house is worth less than you owe on it), and I do hear a lot of tales of woe bandied about, so which is it? Is Greenwich still the fabled land of endless wealth, exceptional, gifted children and loyal husbands and wives, or something a little less than that? Me? I think Mr. Anonymous has his head er… in the sand.

Sh*t, looks like Diana Ross blackballed the guy from the Belle Haven Club

Irishman Sean Dunne, known as “The Bane of Balls Bridge” back when he was diggin’ potatoes in the Old Country and the guy who pissed off half of Belle Haven for “not being our kind” has put his house at 38 Bush Avenue up for sale without ever moving in. Asking $6.395 million, which seems an optomistic price, given the roar of the Interstate across the street. But perhaps those photoshopped clouds block the noise or maybe this was a price dictated by Dunne’s creditors. Or the man may just enjoy sitting on overpriced houses, like his project on Bote Road.

For all of that, the house itself looks okay to my eye, and I wonder what all the fuss was about. It could have been inspired, I suppose, by his reportedly aggressive personality, not that that would set him apart from anyone else in Belle Haven. In fact, I would think he was exactly “their kind”.

For those of my persuasion, put Obama or Eric Holder in this picture and see how you feel

I’m not at all happy at the idea that our military and police forces will soon have 30,000 drones swarming in our skies. Look what happened with the militarization of our cops after 9/11, where every piddly-ass cop force now has armored vehicles, AK-47s and tactical nuclear weapons. Drones will be just another toy and you don’t give boys toys and not expect them to use them. Bad idea for us, great for manufacturers of drones and the Congressmen from districts where those drones are made.

The Greenwich market continues its decline

12 Mountain Wood Drive began life as a spec house in 2004 and was sold to the present owner in 2005 for $8.4 million. He’s been trying to sell it since 2007, beginning at $8.995 million, and finally marked it down to $6.950, where he’s found a buyer, doubtless for less than that. Not including time spent off the market, this place was up for sale for 1,171 days. That would be a different number from the 148 DOM reflected in our MLS records, just as $6.950 is not really the “original price”. But we do like to keep a cheerful face on things here in Greenwich.

I don’t take any glee in these losses but I figure readers would like to know what’s going on.

With a full inch of deadly snow forecast, D.C. federal “workers” get the day off, with pay. No snow at all as of noon, but let’s hope the homeless aren’t buried in flurries later this afternoon.

New York Magazine has a (very) lengthy article on the end of Wall Street banking as its been practiced the past few decades. I don’t know anything about high-finance banking but I sell real estate to its practitioners so I’m naturally curious about the subject and eager for those bankers to do well. If you believe the author, and his analysis seems sound to me, the days of huge bonuses generating by bankers inventing financial instruments and selling them between themselves is over or at least ending. Too bad.

And hedge funds may not take up the slack:

We used to rely on the public making dumb investing decisions,� one well-known Manhattan hedge-fund manager told me. �but with the advent of the public leaving the market, it’s just hedge funds trading against hedge funds. At the end of the day, it’s a zero-sum game.� Based on these numbers�too many funds with fewer dollars chasing too few trades�many have predicted a hedge-fund shakeout, and it seems to have started. Over 1,000 funds have closed in the past year and a half.

As I’ve pointed out before, this development is not one that should elicit that warm feeling of schadenfreude we all like to enjoy: who else is going to buy your house and pay you anything close to what you paid for it?

You know that Walt didn’t do this – as its inventor, he wouldn’t have been too embarassed to ask the clerk for assistance

Sure, NOW they call me

According to police, the robber displayed a large hunting knife to a Romantix employee before leaving with the sex doll Cops described the suspect as a “white male, approximately 5’8″ – 5’10”, 165 lbs.”

In return for information leading to the man’s arrest, Iowa City Area CrimeStoppers is offering an award of up to $1000.

Cos Cob residents: beat your snowplows into wardrobes 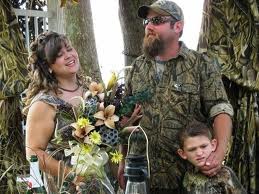 EOS sends along this ad for a Greenwich job opportunity and it’s just too good to leave buried in the comments section:

Busy household in Greenwich seeks seasoned professional to be a family assistant. The ideal candidate will be highly organized, hardworking, have excellent judgment and willing to assume a wide variety of tasks supporting the family’s children ages 11-14 and their parents.

This role will be responsible for all matters pertaining to the children – scheduling, wardrobe management , activity transportation, as well as matters relating to the family and home — organizing holiday events, travel and calendar management, personal assistant duties etc.

The ideal candidate will be intelligent, innately organized, proactive, resourceful and possess excellent judgment. You will be sophisticated, have excellent communication skills, and enjoy motivating and acting as the children’s advocate.

Please send resume if you have the above requirements along with at least 5 years experience in a similar position, excellent references and clean driving and background record. Compensation: $75K-$100K DOE

A new diet proposal, sure to become a mandate in San Francisco and spread east: eat like a caveman.

Iran shuts down the Strait of Hormuz. According to this article describing the missiles Iran has, courtesy of Tom Friedman’s friends, the dictators of Russia and China, cutting off the Strait is an easy thing to do. If so, Obummer’s decision to eschew obtaining oil from a safe, friendly country like Canada will be on the minds of American voters as they stew in gas lines. Our friend pictured here won’t be bothered by this – in fact, he and his ilk are exactly who Obummer sought to please when he shut down the Keystone pipeline,  (and if you don’t agree with my assessment of the decision from last month, here’s the NYT’s Joe Nocera saying the same thing today). But will he be willing to walk to the polls to vote for his man? Probably, and joyfully, too; I’d bet millions of others will join him in that walk, but upon arrival, they won’t be in the mood to elect more of the same.

The Sunburn is perhaps the most lethal anti-ship missile in the world,  designed to fly as low as 9 feet above ground/water at more than 1,500 miles per  hour (mach 2+).  The missile uses a violent pop-up maneuver for its  terminal approach to throw off Phalanx and other U.S. anti-missile defense  systems. Given their low cost, they’re perfectly suited for close quarter naval  conflict in the bathtub-like Persian Gulf.

The Sunburn is versatile, and can be fired from practically any platform,  including just a flat bed truck. It has a 90-mile range, which is all that is  necessary in the small Persian Gulf and 40-mile-wide Strait of Hormuz.   Fired from shore a missile could hit a ship in the Strait in less than a  minute. It presents a real threat to the U.S. Navy. Tests using the Aegean and  RAM ship defense technology stops the Sunburn 95% of the time, but such testing  was done in open seas, not a bathtub. The payload hit with a 750-pound  conventional warhead  can be witnessed at  1:53-1:57 in this video. Not enough to sink a carrier, but it could take  down smaller capital ships and crew.

You don’t have to be Hannibal preparing for the Battle of Cannae to see that  the Strait is a potential shooting gallery. Without a doubt, Iran has plotted  and mapped every firing angle and location along the Gulf, their home-court  coastline. This is going to put enormous interdiction pressure on U.S. warplanes  to spot and destroy platforms, which may be as simple as a flat-bed truck. In  reality, Iran has dug in from Jask in the east to Bandar in the west and can  easily cover any ship, commercial or military, traversing the narrow Strait.