Soon to get their wish

According to this analysis, the big banks have been shored up and Germany, France et als figure they can push Greece and her weak sisters out of the Euro without harm to their own economies. Maybe so, maybe not – it probably makes no difference, because Greece was never going to survive anyway, but I, no economist, wonder whether the rest of the gang isn’t underestimating the impact of the impending collapse.

Shared sacrifice doesn’t include “Staycations” for this family

Already exhausted after just a few weeks back from her three-week Hawaiian vacation, Michelle Obama has taken the girls skiing in Aspen (she accidentally went to Vail last year where she discovered that Republicans do Vail, Democrats do Aspen). While the cost to taxpayers will be enormous, we can all breathe a sigh of relief that the royal family, if not the hundreds of support staff and security guards, will be staying at the James Crown estate. Mr. Crown, a billionaire, offered the same facilities last time Michelle was out Aspen way a few months ago, when she held a fund-raiser to help her husband continue to support her in the life style to which she has become accustomed.

This is stupid, not funny

ESPN on the Knicks losing last night: “Chink in armor”. Jeremy Lin has a great story and seems to be a great human being. This isn’t politically incorrect, my own specialty, but racist and demeaning (well meant to be demeaning – it reflects badly on an ESPN employee and does nothing to diminish Mr. Lin). Ugh.

Here is a statement released by ESPN.com.

Last night, ESPN.com’s mobile web site posted  an offensive headline referencing Jeremy Lin at 2:30 am ET. The headline was  removed at 3:05 am ET. We are conducting a complete review of our cross-platform  editorial procedures and are determining appropriate disciplinary action to  ensure this does not happen again. We regret and apologize for this  mistake.

It’s about “The World Without Us”, not water, dummy 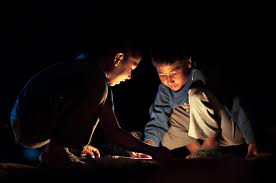 Study: fracking doesn’t contaminate aquifers. Obummer and his crowd are concerned with bringing about the end of modernity and couldn’t care less about drinking water.

A reader sent me this article in Greenwich Time that looks at the local real estate market. The agents quoted are cautiously optimistic – would you expect anything else? – despite the reality:

Would-be-sellers of our more modest homes might be especially wary of this bit of news:

That statistic is accurate, so far as it goes, but I’ve written here before on this subject. Of those 38 sales, only five went to contract in the past six months. I interpret that to mean that the market for this price range slowed to a trickle after August; others may disagree.

How about a term limit of zero?

Gibbons, but not Lile

State Representative Lile Gibbons spouts off on a Byram resident’s complaint that a new cell tower, 7′ higher than the one already there, is an eyesore.

“This is going to destroy the property value of those homes,” Gibbons said. “I think he has definite reason to be upset and to sue, but unfortunately, due to the powers of the siting council, I am not sure he is going to succeed.”

The lady is unhinged. The homeowner chose to buy a house in the shadow of an already-existing 70′ tower, cheek by jowl with Interstate 95, and he’s worried about his property values? Fine, but a state rep. shouldn’t join him in his hysteria.

I knew things were tough, but holy cow!

Forget raising money for my daughter’s band’s new van (that would be “Brown Chicken, Brown Cow”), we need a relief fund for bankers! From the WSJ, “Honey, They Shrunk My Bonus”:

The result: High earners who once spent on wants are now increasingly thinking about “needs” (needs being relative for $40,000-a-year-private kindergartens). Executives who once regarded their seven-figure bonuses as fair compensation for their grueling hours and rare skills are being forced to examine their lifestyle.

For many bankers, after-tax cash bonuses of less than $60,000 represent a fraction of the seven-figure checks they received in previous years. Many built their lifestyles on the assumption that those bonus checks would go on forever, becoming as routine as their February ski trips to Aspen and summer pilgrimages to the Hamptons.

“For any banker who’s been in the business more than a few years, this is a new reality,” says Michael Holland, who runs investment firm Holland & Co. “The smart and conservative ones probably prepared for this. But there are a lot of bankers who now have to cut back the whole consumption part of their lives.”

The lifestyle costs, or what bankers call their “burn rates,” can be substantial. For a typical top Wall Street executive with a family of four, the cost of a Manhattan apartment, household staff and private school can easily top $500,000 a year, consultants and bankers say. That doesn’t include the restaurants, clothing, second- or third-home upkeep and charity dinners that also are fixtures in finance.

For now, bankers are mainly trimming around the edges, in hopes that the income dip is temporary.

H. Dolly Lenz, one of New York’s top luxury real-estate agents, says bankers have cut back their spending in recent years. Few are downsizing, but many are postponing plans for bigger apartments or putting off a vacation-home purchase.

“Normally this time of year is one of the best times in New York real estate,” Ms. Lenz says. “Bankers would be spending the money they just received and we would see a flurry of activity. Not this year. It’s very quiet.”

While rentals in the Hamptons for this summer are strong, sales are weak, Realtors say.

A decade ago, Ms. Lenz says, Wall Street bankers made up the majority of her clients looking to buy in New York and the Hamptons. Now, she says, “I haven’t got a single one.” Her clients now are mostly entrepreneurs and dot-commers.

Wall Streeters also are learning how to trim their household overhead. Steven Laitmon, co-founder of the Calendar Group, a Westport, Conn.-based staffing firm, says many bankers have consolidated their staffs. A family that might have had a butler, private chef, laundress, nanny and cleaning person might now have only a cleaning person “who also does some cooking and is child-friendly.”

“I think some bankers realized they were over-staffed at home and now they’re trimming,” he says.

Union President Karen Lewis. Buy her off with a case of Twinkies

For a job so well done, I suppose.  The schools are so good, in fact, that Obummer has named the former head, Arne Duncan to be this country’s Secretary of Education. This despite a   school system described as “abysmal”.  Of course, Obummer and Arne used fudged figures  to demonstrate an improvement in the drop-out rate (70%) and “college-ready” graduates (close to zero). But what’s wrong with fudging figures when the folks we’re talking about, teachers and their students alike, can’t add?