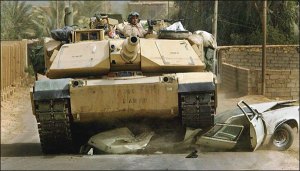 Keene New Hampshire (pop. 23,000)  residents reject Homeland Security’s offer to buy them a $285,000 tank.  With $34 billion already spent on this program of arming small towns, there’s got to be a politician involved. My guess is that Diane Feinstein’s hubby owns a tank company, but maybe it’s Maxine Waters. Neither would surprise me.

I’ve been known to squawk about our police force from time to time (and am probably about to do so again when I post about a tiny New Hampshire town’s force trying to buy a tank for crowd control) but lately we’ve been seeing them here for our problems, not the other way around. And they’ve been great.

Today my mother wandered away for awhile.  Pal Nancy found her safe and sound downstairs in Nancy’s house, two doors away, but despite searching there twice, we missed her for 2 1/2 hours. And during that time we had a flood of police officers searching for her – around here, at Binney Park, in Old Greenwich, all over. And they weren’t just cruising around, they were out of their cars, showing her picture to people and just doing everything they could.

When the excitement was over I tried to  apologize to one of the officers for causing such a ruckus but he said, “it had a happy ending – that’s all we wanted”. He said that with complete sincerity, so I thank him, all of his colleagues and the EMTs who arrived to check Ma out. And she’s fine – looked around at nine of us clustered around her in her living room and asked, “how did all these nice people get here?” I assured her that all she need do is call 911 and the nicest people in the world would appear. And I meant those words as sincerely as the young officer did his.

These guys’ behavior has improved considerably since I stopped using my cellphone while driving. 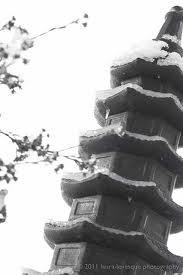 Or big ones. China cuts its reserve rate for banks in an attempt to prop up its housing market and, more important, the bad loans made to finance that property. Plenty of smart money on Wall Street says that this time it’s different and China’s economy will just keep growing. I don’t think so – there’s no transparency in their economy, they have built entire cities that now stand empty and they don’t honor property rights, including intellectual property rights like patents. A kleptocracy cannot stand forever.

I shorted your house 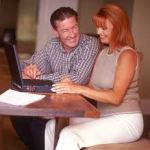 I didn’t, but traders at Lehman Brothers did, even as Lehman itself was peddling mortgage bonds as sure-fire investments. Now the shorts are back, under a different name, buying up those same bonds at a discount and earning money. Nothing wrong with that – these guys were right in 2006 and if they believe the housing market has bottomed and want to put other people’s money back in it, good for them. There remain some risks though if I know my Washington, we taxpayers are going to end up subsidizing the bonds, again, and making these guys richer. That’s my guess, anyway.

Yet the tide could turn again and wipe out investors. Chief among the risks is Europe: the Continent’s banks still hold a significant amount of United States mortgage securities, and if they are forced to sell assets, it could wreak havoc on the market.

Washington is a question mark, too. If banks have to pay for loans they issued under dubious circumstances, it would be a home run for investors, who could receive full payment for a mortgage in a security they bought at a discount. But if borrowers whose houses are worth less than their mortgages are able to reduce their principals on a large scale, bond investors could suffer because the securities would be worth even less than they paid.

“As a money manager, you can’t close your eyes to that potential outcome,” said Jeffrey Gundlach, a founder of DoubleLine Capital, who has been buying mortgage securities since 2008. “To believe that this time we are really out of the woods and the prices will not drop again is dangerous. People made that argument a year ago.”

The mortgage bond market is a very different creature than it was before the financial crisis. For one, it is much smaller: very few residential mortgage-backed securities have been issued since the crisis. The market, at $1.3 trillion, is half the size it was at its peak and shrinks by an estimated $10 billion every month.