Pepsi’s billions spent on push to switch to healthy snacks  evaporates and CEO Indra Nooyi is probably on her way out. Like any prominent executive who screws up horrendously, she’ll be moving on to a bigger job, rumored to be head of the World Bank, where she can squander taxpayers’ money instead of shareholders’.

While her push to play up PepsiCo’s nutritional offerings may have stumbled amid continued enthusiasm for sugary soda and salty snacks, it underscores her desire to make a positive impact on how people eat worldwide.

At least a home builder who follows his impulse to go environmental wastes just his own money. Nooyi comes close to destroying a company as large as Pepsi because she wants to feel good about herself? She should be fired and sued, immediately.

Although I’ve pointed it out here repeatedly, it probably bears repeating: home buyers don’t care about and certainly won’t pay extra for “green” features like bamboo flooring, low-volatile paint, recycled roof shingles or even an extra large blue bin.  Hell, I can’t even get them excited about a home’s super-efficient furnace, something that will actually save them hundreds of dollars a month in heating costs. Builders who bother with this stuff should figure that they’re reaching into their pockets because they feel it’s the right thing to do – that money is never coming back.

But why on earth would someone looking for potato chips and sugar water be the least bit interested in organic carrot baked swizzle sticks? Lose your focus, kill your company. So its off to the public sector for Nooyi, where incompetence is considered the norm.

UPDATE: Another thought: this lady’s move away from the traditional snack food business and into the loser organic program was inspired at least in part, I once read in an interview with her, by a desire to impress her teen-aged daughters. That bit of hubris will cost 8,700 people their jibs, according to this article, and force stockholders to spend $600 million to repair the brand name. I suppose the stockholders can afford the loss, but what about all those employees tossed out of work? I doubt Nooyi’s daughters are impressed. I know I’m not (and you know, when I read that interview a while ago where she announced her intention to move in this direction I thought to myself, “short this company”. I didn’t, but I’ll bet some traders made hay on this ill-fated bet).

Greenwich Time: we will print no news before it’s stale (and even then, we’ll rely on New York reporters to dredge up the story)

Six weeks after readers of FWIW reported that Ruth Madoff was in town and  living on Tomac Avenue, the Greenwich Time has figured it out, by reading yesterday’s New York Daily News. I certainly understand why no self-respecting GT reporter would even scan this blog – it’s a fireable offense (as I can attest), given their paper’s complete dependence on real estate advertising – but if they have to rely on a New York tabloid for local news, couldn’t one of the more enterprising young pups at least make his way from Riverside to Old Greenwich and interview Ruthie for himself? If they went in the morning they could still make it back in time to cover the important stuff, like boys basketball.

There were six, five of which were under $3 million while the other was in the mid-threes, and that was a post-foreclosure price. There are 60 houses currently listed asking between $3 and $4 million.

Justice Department again rules voters cannot be required produce photo-identification proving who they are because it discriminates against Hispanics. Since Obummer and his minions have no such objection to identical rules governing other rights like freedom to travel – try boarding a plane and, shortly, a train without your passport, or carry a weapon, why the intense concern over a rule designed to prevent voter fraud? I can think of an answer, of course: they want Hispanics to vote early, often and illegally. The Democrats deny this, so what is their reason?

Not much going on – I mentioned 63 Maple, a foreclosed spec house once listed at $5 million plus and last asking $3.999, has an accepted offer. My guess? Under $3.5, which wouldn’t be a terrible price.

A new listing at 37 Perryridge Road near the hospital is a renovation and asks $3.395. With the exception of Number 7  Perryridge, which sold for $2.150 million in 2007, nothing on Perryridge has ever broken the $2 million barrier. This one might, I suppose, because it sounds nice and Perryridge is a convenient to the hospital. Do doctors still make enough to afford $3 million homes? Guess we’ll see.

His lips are moving again – watch out

No one else believes this, but hey, by the time the media gets through reporting it as fact, who’ll care?

Obama: “Electric car batteries getting cheaper, the Jubilee be coming”.

In “A Secure Energy Future: Progress Report,” President Barack Obama’s administration included advances in battery technology and battery-powered vehicles among the developments that promise to help the U.S. shake its dependence on foreign oil. And a key factor expected to drive the electric-vehicle market is the rapid decrease in the price of batteries by 2015.

Much of the expected price drop is attributable to increased battery production, the administration said. According to the report, the U.S. had two factories making advanced batteries for cars in 2009.

“Since then, we have supported 30 new advanced battery and electric vehicle component plants that are opening across the country,” the report said.

Cost going down? Not likely, say those not associated with the Democrat party. Wonder who’s telling the truth?

8 Arnold Street in Havemeyer Park just sold (February contract) for $910,000, down from its August price of $969,000 but still pretty good (for the seller), for this area and for three bedrooms. Owners paid $871,500 for it in February 2006 and looking at the renovations they performed, probably lost a little money here but they also had six-year’s occupancy, so how bad is that?

Instapundit has an interesting tidbit here in the “update” comment from a reader:

This is why they want people talking about birth control.

Your link on the price of gas and Obama’s economic rating reminded me that in 2008, the last time gas prices were this high, Trilby Lundberg was a near constant guest or source on NPR’s Morning Edition and All Things Considered.  Lundberg is a consultant specializing in gasoline price predictions, she’s a peak oil prophet, and she’s still active.  But I couldn’t recall hearing her name mentioned at all this year on NPR.  A search of NPR’s archives showed I was right.

Ms. Lundberg became an unperson at NPR after 2008.  Wonder why that is?

Maybe we should call it National Party Radio.

The reader is right – I listen to Morning Edition most mornings and Ms. Lundberg has indeed disappeared since the defeat of George Bush.

Old Greenwich, 14 Tait Road (at least until recently, not one of our more prestigious addresses), asking $2.995 and still abuilding, has an accepted offer. Gosh. “Five” bedrooms, if you include the basement one where you can stash your third world nanny, and a FARport instead of a garage, always a welcome sight for bicycle thieves from Stamford. I’m sure it’s going to be a nice house but really, this is testament to the pent-up demand for new construction in Old Greenwich and Riverside due to the withdrawal of builders from the market for the past few years.

One Cottontail Road (loops from Cognewaugh to Stanwich) is back on the market, now asking $1.450 million. I really liked this house when years ago, I tagged along with some other agents at a firm I worked out to give a price opinion. It’s a 1787 house which has lost much of its history as renovations have occurred over the years but it’s still got charm and certainly much of its original character remains. Besides, these days people expect indoor plumbing, so what are you going to do?

I did warn the agent looking for the listing that the owners were unlikely to recover the $1.720 million they’d paid in 2002, in a bidding war, no less, notwithstanding the renovations they’d put into it, but as is usually the case with my Eeore recommendations the owners went with a price of $2.295. Nine-hundred-twelve days on market later – that’s not including the time it’s been in hiatus and rented out – the price is certainly improved. In fact, if you’re looking for a quirky, pretty neat house in this price range, I’d go look.

Would I lie to you?

A reader, almost certainly another real estate agent, takes me to task in a comment below for not comparing “apples to apples” when discussing real estate activity. The weather has warmed up, he/she points out, so of course the buyers are active. I should look at comparable spring seasons and report on those.

Okay, I will. Contracts lag behind accepted offers but we can at least check those contract numbers and see how we’re doing. 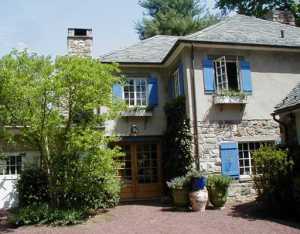 Corner of Dingletown and Stanwich, actually, 129 Dingletown. This was the caretaker’s cottage for the original estate where friends of mine lived when the estate of their grandmother couldn’t get rid of it in the ’70s for, I believe, $750,000. That was 18 acres with a lake. Sheesh. Anyway, the property did eventually sell, the caretaker’s cottage was split off on its own two acres and came up for sale just two weeks ago asking $1.495. Has an accepted offer as of Friday, reported today.

There’s another property, a foreclosure, that also moved into accepted offer status on Friday. Hasn’t been reported yet (I learned about it only because one of my clients was interested in it and I inquired), but that’s so often the case with real estate, where a property can sit unloved for months or in this case, years, and then gets hot. Of course, when the price is cut in half, that new interest is understandable.

Maybe we could apply this idea to the now-vacant Greenwich Avenue post office? Swiss vote to establish “sex boxes” for prostitutes to ply their trade in parking spaces.

[A] proposal to construct what have locally been referred to as “sex boxes” for prostitutes got the green light from voters in Zürich.

The plan would see the creation of special parking spaces with walls between them where sex workers can ply their trade away from suburban areas in Switzerland’s biggest city. 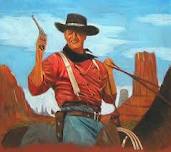 Heck if I know. I do know that the woods were filled with potential buyers this past weekend – I was busy and so were the other agents I know (all three of them). It was disheartening, though, to have four buyers, looking in ranges from $2.5 – $6.5 and failing to find properties that met their respective criteria either because the land was substandard, or the house itself or the price and, often, all three.

But there does seem to be a lessening of the hesitation to buy – I’m hopeful that people are sensing that the market will probably not completely collapse in the coming months. They are still looking for value, though, and so far, there’s not a heck of a lot of that out there.

Or that’s what I think.