Afghanistan: Karzai says he’s “at the end of the rope with the United States”. I give him five minutes to live after the last of our troops leave. 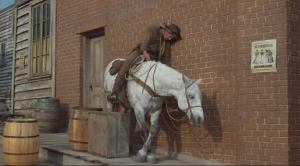 Greenwich has scheduled a St. Patrick’s day parade for a week from Sunday.  Friggin’ marshmallows.

In a stunning reversal of fortune Democrat plodder “Dollar Bill – the Poor Man’s Friend” was defeated in his bid to head the Demmerkrats of Greenwich party by Cos Cob’s own, Frankie Fudrucker. With a party turnout of 159%  Fudrucker won a squeaker, 6-5.

“The worse man won”, a bitter Dollar Bill complained. ” He bought those six votes, I saw him – gave a quarter to each voter and even kept one for himself. And since when were those two goddamned dogs of his Demmerkrats? I demand a recount!”

Fudrucker insisted that the results were final. “Bill’s just in a bit of a sulk,” he explained, “and I’m sure he’ll be back in the fold by tomorrow – he’s stupid that way”.

Next up, a run for Governor? Fudrucker wouldn’t rule it out. “That comes with a car, doesn’t it? I could be interested.”

Comments Off on A hard-fought election but Fudrucker emerges victorious

Dan Rather Award to NPR’s This American Life for airing a program in January that purported to expose horrendous working conditions at Apple Computer’s Chinese manufacturing affiliate. In fairness to the show, which I listen to often and enjoy, they have retracted the story because of falsehoods by ‘”reporter” Mike Daisey, but there were warning signs uncovered before the show was aired and it should never have been broadcast.

“This American Life” said in its statement that staffers asked Daisey for his interpreter’s contact information while fact-checking the story and he said the cellphone number he had for her didn’t work anymore and he had no way to reach her.

“At that point, we should’ve killed the story,” Glass said in the statement. “But other things Daisey told us about Apple’s operations in China checked out, and we saw no reason to doubt him.”

Daisey posted on his web site Friday that he stands by his work and that what he does is theater, not journalism.

Off to show properties in the rain

So someone’s interested in buying real estate this week. I’m glad to know it and gladder that they’re working with me. I’ll be back with updates sometime after 6. Stay dry.

Comments Off on Off to show properties in the rain

Little House on the Prairie

In the Accepted Offer department, there is supposedly one on a condo unit at 44 Sound View Drive, that development on the hill leading up to Town Hall. Anything’s possible and this unit was marked down to $1.995 from $2.975 but I wouldn’t necessarily believe it’s real. I was there at a public open house a couple of weeks ago and noticed that the developer shows 8 “sold” units and two “under contract” when those two contracts are three years old and will never be acted on and of the eight units sold, two were legitimate sales while the other six were, so far as I can tell, sold to the developer himself to satisfy the terms of his construction loan. This place is almost abandoned – certainly phase two will not be built in my lifetime – and I can’t imagine why anyone would be the third sucker in. Little House on the Prairie living is fine in butt-f Iowa (or wherever that was) but there’s not much demand for it in Greenwich.

Still, it’s been reported as a legitimate transaction and since realtors never engage in duplicitous behavior, we must assume that the developer has found a buyer. Good for him.

So what’s new under the sun?

Your Bank of America shares, sir

The Goldman Sachs guy who quit in such a spectacular way got quite a lot of attention for denouncing the “new” culture there that focuses on ripping off its clients, and Matt Taibbi, always a bit of a hot head, is out in Rolling Stone with an article detailing what a crooked corporation Bank of America is (though Warren Buffet loves the bank and stands to make billions on their stock, a profit he will no doubt share with his secretary so that someone will pay taxes on the gain). All this is interesting but what’s the big deal? Wall Street has been operating like this for decades.

I spent twenty years lawyering and a good part of that time was devoted to pursuing arbitration cases against truly evil retail stock brokers. And not just penny stock scum bags from Boca Raton and Denver, “real” brokers working for “real” brokerage firms: Merrill Lynch, Bear Sterns, Lehman, Kidder Peabody and so forth – all gone now, but while I wish I could claim credit, they failed from other factors. What I discovered during those years is that Wall Street uses a “suitability” defense which basically boils down to, “if you’re sophisticated enough to have enough money for us to bother stealing it, you’re sophisticated enough to know better than to trust us – of course we’re going to lie to you, but we’re engaging in mere ‘salesman’s puffery’ – you can’t figure that out, you don’t deserve to keep your dough.”

That, believe it or not, is a valid defense in Wall Street arbitration cases – it’s the industry standard, and has been asserted for years on end against widows and children who inherited their money, Lotto winners or retired successful businessmen. If you have it and we’re able to steal it, then screw you, lady. Boiled down even further, “trust us at your peril”.

The moral bankruptcy of Wall Street goes beyond suitability cases and encompasses the boiler rooms who rip off everyone they contact, “sophisticated” or not. Fans of the genre will remember Stratton Oakmont, a Long island firm with Al D’Amato’s brother-in-law as its chief. As Chairman of the Senate Banking Committee, D’Amato kept the SEC off his relative’s back for many, many years (huge campaign contributions probably fueled his ardor even more) and only when he was defeated and lost his senate seat did the feds finally close Stratton Oakmont down.  But Stratton was just one of hundreds of such firms, most of which were bankrolled by Bear Sterns. Ace Greenberg, BS’s Chairman and a man hugely respected by his peers, used pretty much the same explanation to defend his firm’s actions as that described by Tom Leher  in reference to another wicked individual: “the rockets go up, who cares where they come down? Nazi, Schmazi, says Werner Von Braun”.

So when I hear that someone has just discovered that there’s gambling going on at Rick’s, I snicker.

Accepted offers for the week, as of noon

More to come, one hopes, but here’s what we have for the first 4 1/2 days this week:

The dregs are selling. If we’ve hit the botom, maybe there’s nowhere to go but up?

An accepted offer just came across the wire and I won’t identify it for fear that I might interfere with the sale – as though I have that power. But a client and I recently looked at this place as a potential rental and we were both struck by how crummy a house can be built and still command a ridiculous rent. The fact that someone is planning to buy, not rent this astonishes me but it’s telling – there really isn’t much out there in the under $2 range. Ugh.

How low can you go?

Learn something every day. Today’s lesson: the “Bali Bed” 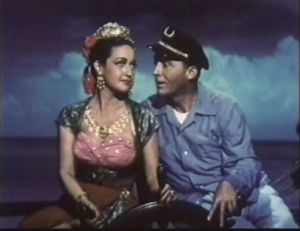 May I take you to bed?

There’s a price reduction reported on 14 Dwight Lane, from $4.295 million, where it’s stubbornly sat since May of last year, to $3.895. I’m sure that will convince a buyer to jump but I was intrigued by the listing’s promise that a “Bali Bed” was included. This house is in that area of Greenwich reserved for Westchesterites fleeing taxes and perhaps in Westchester everyone knows what a Bali Bed is. I don’t, so being a naturally curious sort of guy, I googled the term and learned that it’s an actual bed.  Amazing, and you say it is included in the purchase price? Zowie.

I TOLD Fudrucker we should do this!

Halstead Properties has declared Chris Finlay, sole Halstead peddler in Greenwich, its “Greenwich Realtor of the Year” (press release printed, but not posted, in the Greenwich Post). When Frankie and I started our two-person band a couple of years ago I proposed that each month we award each other “Chairman’s Awards”, “Salesman of the Month”, “Best Customer Service Agent” and all sorts of cool things like that. I figured the great unwashed wouldn’t know that it was just the two of us swapping such prestigious titles and it would drive our peers in the business absolutely nuts. Frank, you missed your chance and now Halstead and Finlay have taken it.

In London, New York, Malibu, the very rich are joining their Greenwich peers underground. Ballrooms, swimming pools and (small) airfields are all the rage. Just as here, when planners press on one side of a balloon the pressure goes elsewhere. For now, that direction is down but watch out: under the guise of protecting neighborhoods during the construction, zoning authorities are moving to restrict these basements themselves and not just their construction externalities. Like the original FAR regulations in Greenwich,  people just can’t stand seeing their neighbor with a house larger than their own. Not an unheard of human personality trait, I believe I’ve read about it in books as old as the Old Testament.

The basement boom is already generating efforts to restrict it. In London, there have been complaints by neighbors unhappy about noise and vibrations from drilling and digging, which for large or complicated projects can last a year or more. In December, Malcolm Selsdon of the House of Lords introduced a “Subterranean Development Bill” to address concerns over damage to neighboring properties, soil erosion, loss of privacy during construction and financial concerns for homeowners who try to sell or rent their homes while a neighbor is digging. Lord Selsdon says the bill would limit the size and scale of such “iceberg developments,” often with more volume underground than above.

Joseph Smith, an associate planner for the city of Malibu, says the city has taken steps to curb the trend. Older, more lenient basement rules that allowed for large, walkout basements—those which have a side that opens to the outdoors—were damaging the visual appeal of Malibu’s hillsides, he says. A 2007 amendment did away with walkout basements and counted more underground space in a home’s total allowable square footage.