It’s always a good time to remember the Antares Boyz

A call from a New York reporter who’s preparing to write a story about what will probably be the last chapter of the Antares saga reminded me of  another reporter I met out here, Nick Paumgarten, and his wonderful article in the New Yorker back in 2008. Well worth re-reading and if you missed it back then, don’t do so now.

280 Stanwich Road just came on for sale today at $2.595 million. It sold for $2.150 in 2010 but the listing recites a complete renovation since then so the price is probably supported by logic.

Clients who have become friends of mine just moved into  a house on the corner of Lockwood Road and Breezemont and despite their best efforts to repair the fence surrounding the property their youngest (1 year or so) cat escaped last night.

With luck, he’s not trying to head back to his old home and is instead still around the area. If spotted, can you give me a call (203) 249-4394 or email me at christopher.fountain@gmail.com?

Here’s his name, but when has a cat ever responded to a name bestowed on it by a human? What do you think they are, dogs?

Thai Pan is microchipped, but the best chances we have to find him rely on someone seeing him in his/her backyard.

Name: Thai Pan
Age: 1yr 7 months, Weight: 9lbs
Coloring: Siamese (cream with dark brown tips).
Neutered male. He is scared of strangers at first, so people may not be able to get close to him.
Contact: 203-685-3025

2002 price, plus a ton of free renovation

UPDATE: looking again at this listing, two points: 1 – this is far below its 2002 pricing because of the major improvements now included in that price; 2 – it’s more than a “good deal” as I described it, it’s a hell of a deal and is going to wreak havoc on the prices of older homes in the neighborhood that haven’t been improved like this one. At some point, the dichotomy between Riverside prices and Cos Cob’s will become so ridiculous that the one will have to start approaching the other. I think this house represents a huge widening of that gap.

2003 price in what was once considered “the Golden Triangle”

19 Witherell Drive was reported as having an accepted offer yesterday. It was never actually listed on the MLS or exposed to the market, so this is just one of those reports that enables an agent and her brokerage firm to gain credit for a sale. They do this sometimes even for direct sales, seller to buyer, no commission paid, so I’m not sure how useful those numbers are, but never mind. What is an interesting number is the reported “asking price” which, since this is a non-market deal, is presumably the actual or close-to selling price: $5.250 million. That’s what the sellers paid in 2003. They did try to sell it in 2007 for $8.695 but even then, that was too much and the house went nowhere. 2003 is in line with many of the sales we’ve been seeing. Maybe, if Iran doesn’t blow up or Obummer re-elected, we’ve hit bottom. That doesn’t mean prices will start shooting up again, I see this more like a flounder, who creeps along the bottom of the sea bed and never comes up for air, but a floor would be nice, and would encourage buyers. Of course, if your house is still priced at a 2007 level, you have a problem.

Citi economists: Energy production in the US will grow so fast in the next eight years it will spark a new industrial revolution. This, of course, is the swarm’s darkest fear so look for them to shut it down. This election is about the future of America and both sides know it.

14 Martindale was built on land that sold for $2.301 million in the last gasp of the glory days of 2007. A new  – and a very good-looking – house was offered for sale at $5.995 in 2008 but that market was long gone, and after two fruitless years it was pulled in June, 2010 and, I assume, rented out. Whatever happened, it’s back today, this time asking $4.5 million. Will a twenty-five per cent reduction from the 2008 price be sufficient to sell this house? Who knows – the house failed to find a buyer, remember, at that 2008 price, but I think the market for newer homes has improved since then. If I were pricing it I’d prefer to see a number starting with a three, but that’s just my opinion.

Gotta be the price

The listing for 71 Rock Maple (up Stanwich) has expired again leaving the house still unsold. It seems to be a very well made house without much of a backyard, unfortunately, but that lack can be remedied with a little trespassing through the neighbor’s woods which lead to Mianus River Park.

So I assume it’s the price that’s deterring buyers. The present owners paid $5.457 for it in 2003, a considerable discount from its asking price of $7.250 (and wasn’t that a silly price?). They put it back up for sale two years ago at $6.425 and have been taking small nibbles off that price ever since. Yesterday it was still asking $5.995, today it’s gone where the dodos went. I expect it will return.

And the house is surely not being helped by the sale a year ago of 54 Rock Maple, purchased for $5.3 million in 2002 and placed back up for sale at the breathtakingly – stupid price of $12.450 million in 2007. Final sales price, March, 2011, was $4.3 million. (Try to) distinguish one sale from another all you like: when the most recent sale on a street is just two doors down and is bigger and newer than yours, you don’t want to be $2 million above it – it makes buyers queasy. 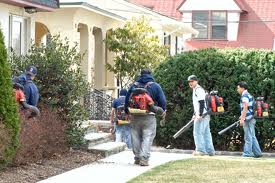 illegals at work at Chez Fontaine

Study: man-made noise stunts growth of trees, plants. So soon they’ll be no need for mowing or leaf collection.

As Lottery Commissioner, Fudrucker’s a bust

State drops plan for a bear hunting lottery Friends of Animals chief huntress Natalie Jarnstadt is livid: “That weak, spineless tree hugger”, she said of Fudrucker. “Bears are a clear and present danger to our park geese and as such, have forfeited their right to live. This Fudrucker character is just a worthless tool of the Teddy Bear lobby and I think that’s disgusting.” 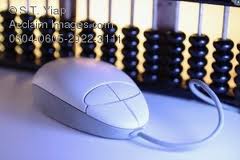