I just don’t get it

CBS report on how Julia is becoming the latest Democrat campaign’s laughing stock draws a comment from someone who could only be our “Bill”, even if he uses the name “Befuddled Asshole”:

You know I’m really tired of fawning corporate media peddling the Hollywood/Tea Bag Republican version of American history: the lone wolf settler crossing the continent, building farms, towns and industries. It never happened like that. Early Americans were socialists, only they didn’t call themselves that. The government picked economic winners and losers throughout our history, and still does, even by giving tax loopholes to outsourcers.

And Michelle Malkin never would have gotten where she is without taking advantage of “affirmative action” set-asides for Filipino-Americans. 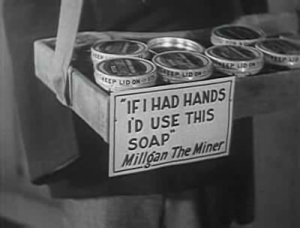 Their hands are tied

The Social Security Administration last month told its disability-claims judges they are no longer to seek out information from websites when deciding cases — taking away a tool some of those judges say would help in uncovering fraud.

Social Security’s ban covers all Internet sites, including social media such as Facebook.

When private insurance companies investigate suspected false disability claims they, among other tactics, hire private detectives to follow the claimant around and film his daily activities. Not surprisingly, they come up with video’s of “cripples” reroofing their homes, crawling under their cars to perform repair work, and so on. But an insurance company is protecting the money of its owners while no one “owns”  government money once it’s been seized from the poor sap who earned it so it flows out unimpeded. Witness the 93% disability rate for retired Long Island Rail Road employees and now, the Obama administration’s sabotage of investigations. Disability recipients are the fastest growing segment of Social Security payees and Obama is working hard to grow it faster. Julia is waiting for her check!

Can’t see ’em from MY back nine!

Biden: we’ll be seeing 500,000 new jobs added every month, beginning in a month or two. ““We caught a lot of bad breaks on the way down,” Biden added. “We’re going to catch a few good breaks because of good planning on the way up.”

Pretty encouraging, eh? God bless the good planning of the Obama team. Of course, Biden made that promise two years ago but hey, what’s a little delay when you’re unemployed? What else do you have to do?

In the meantime, Hussein, told that 550,000 unemployed Americans have given up work, was pleased: “that means they no longer count, right? So let’s look at the bright side: unemplyment’s down from 8.2 to just 8.1%!” 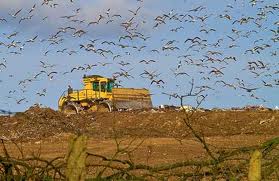 Nothing of note to comment on today (of course, to a family buying a home, their purchase is a big deal, but not to the rest of us voyeurs). Four accepted offers, the highest asking $1.495, the rest a million or less. A scattering of new listings, all at $1.5 and below and …that’s it. As for buyers, they’re still out there but it’s a scene from the end of a rummage sale, people picking through the leftovers that no one else wanted, maybe looking them over and then tossing them back in the bin. We’re in for a quiet summer.

Home owners who procrastinated listing their houses might actually be well served by the delay because by definition no one wants the current crop of houses at their present price. You show up with fresh meat reasonably priced and those disappointed buyers will flock like seagulls to a garbage dump.

But do it now – private schools are closing, public schools will close in June so our kids can work on the farm and everybody will be gone. Hurry, hurry hurry.

How not to do a price cut 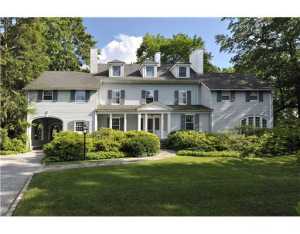 39 Patterson Avenue is a great old house in an excellent location but it’s dated and will require a lot of work and even more money to bring it up to date. So it hasn’t sold in the past year at its unbudging price of $4.150. Today the owners budged and have reset their price at $3.995.  Don’t do this! Feel free to ignore any of my opinions on the right price for a property or even (especially even) my politics, but trust me on this: if you can’t sell your home for $4.150, a measly price cut of $155,000 is just pissing in the wind – utterly futile, except you’ll get your pants wet.

If $150,000 was going to do it, someone would have bid that by now. The fact that you haven’t sold in twelve months means that you are way out of line with comparable homes. Worse, your inflexibility for the past year, refusing to accept reality and sticking to your first price and then only grudgingly moving off that price a teeny bit sends a message, loud and clear, that you will not negotiate. And we agents get that and understand it. We also – or I do, anyway, steer our customers away from your property because it would be a waste of their time.

If you want to sell your house, cut your price significantly before it grows old and stale on the market. If you just want to entertain strangers  at all hours of the day for the next few years keep your price exactly where it is – you and your price can just stay put.

The shorts are going to make a killing

But won’t it go up forever?

Facebook to open at 99X earnings. Have any of the traders who are going to buy this thing ever actually used it? I opened an account to keep track of my kids and found it too obnoxious to use and never went back. OK, I’m a guy who no longer watches television so I’m hardly one to opine on the merits of a new idea but from what I read, Facebook users are declining, not growing. The first time the company misses its quarterly earnings, which I predict will happen at the end of its first quarter as a public company, short sellers will be out mansion shopping. Another Groupon.

Just received a call from Jeremy Kaye who tells me he misunderstood (or I wasn’t clear, more likely) my question about 35 Winding Lane. Yes, it was an arm’s-length transaction but the property was held under two names so there were two deeds – I only found one. Real selling price was just as reported, $1.750 million and not $875,000.

I regret the error and have taken down the original post as otherwise it will linger on the Internet forever and confuse things. $1.750 is still a bargain: 30% below what the town estimates is (was) its market value, and just 53% of its original asking price but not the incredible bargain $875 would have been.

There’s a dearth of real estate news so  I use as grist the occasional price change or contract that pops up . Not necessarily picking on a particular house (well yes, I suppose I am) but I gotta go with what’s up there.

So once again we turn our attention to 39 Bedford Road, a house we’ve been watching and occasionally commenting on since it was first offered for sale in 2009 at $5.2 million. and began its slow crawl to a price at which it will sell.  Today it took another step in that process [How does one step while crawling? Ed] and is now down to $2.995. That’s pretty good, I suppose, but I don’t think it will be good enough – not for this location.

I’m surprised, however, how little action we see here in Greenwich from Westchester County residents This house, for instance, has a Westchester feel to it that should appeal to Westchester tastes and it right on the border, so someone could easily move over, save a bundle on taxes (these are just $21,000 which, compared to Westchester, are as nothing) and still be close to friends and family.

So I don’t get it, unless those folks feel an obligation to pay the highest taxes possible.

Elizabeth Warren’s lies about her Indian claim continue to dog her campaign.

While national and state Democrats rush to distance themselves from the Harvard 1% er, law professor Ann Althouse asks the real questions that Warren should be answering.

Now, I assume that Professor Warren supports affirmative action within the law schools where she has worked. Ask her about it! Does she vote in favor of admissions policies that count race as a plus factor? Has she supported faculty appointments, choosing one person over another, with race as a factor? I’d be extremely surprised if she hasn’t. Assuming she has, why is she acting outraged that anyone would say that it seems that it benefited her and that she sought that benefit?

Don’t you support affirmative action in hiring (as well as in law school admissions)?

Follow up questions: Do you think it is acceptable and even good to offer a job to a less-well-qualified applicant if that person is a member of a traditionally discriminated-against minority group? On what basis is it acceptable to make race a “plus factor” in hiring decisions? If it is “diversity,” what exactly is this diversity that justifies affirmative action? Is it what the Supreme Court said in Grutter, or is it something else? Is it about a quantum of genetic inheritance or does it have something to do with whether the candidate has faced some form of disadvantage in life because of racial discrimination? Would your support for affirmative action extend to cases where the job candidate has at most one Native American great-great-great-grandparent? Explain.

I’d cut the price severely and get the Hell out from under it. Employment figures “unexpectedly” come in far below estimate, 115,000 vs. 160,000.  The unemployment rate actually dipped but that’s because so many job seekers are giving up and going on Social Security disability, the only growth sector in the economy. If Obama keeps this up he’ll have his 7.5% unemployment rate by November but no one actually, you know, working.

I keep harping on the word “unexpectedly” (something I stole from Glenn Reynolds) because month after month dismal manufacturing growth and employment keep surprising the so-called experts. If you listen to these people and think that things are getting better or even will get better, you’ll find yourself, like Mercutio, a grave man.

19 Miltiades in Riverside has just appeared on the market at $1.275. Not a bad price but I love the description that claims it’s “close to trains”. You bet it is.

Not for nothing, but unless the mortgage shown on the tax card is a misprint or this property is just part of the collateral, closing this deal might be complicated. Loan was extended by Webster Bank which had a track record, so to speak, of being overly enthusiastic about a property’s vale.

Recycling eyeglasses yields a feel-good rush and nothing else. In fact, used glasses cost twice as much as newly manufactured ones. Like all such projects, the programs are judged by the organizers’ and donors’ intent, rather than actual results. See Poverty, War on, for instance or Start, Head.

Slow morning at the GMLS

Nothing much to report so far, and 35 Winding Lane’s sale remains unreported (update: Finally recorded at 10:30).

There is one significant price cut reported but I have  clients interested in the property so you won’t read about it here – look it up yourself. I’m patting myself on the back because just last week I did a comparable price analysis for my clients and told them that as best I could determine the house was worth $750 -$1 million less than its current price and $2 million less than where it had started. Today’s price cut puts it within easy negotiating distance to the high end of my estimate. Ooh, I’m so smart! Not really – any moron can do this stuff, as I have now demonstrated – its deluded owners who stand between an active real estate market and the stagnant mess we’re in now. Get real, says I.

Comments Off on Slow morning at the GMLS