Anyway, here’s a sale of some interest, 603 Steamboat Road. I don’t usually track condominium sales but this one sold today for $1.250 million on an assessment (town’s estimate of 70% of its market value) of $1.355 and after starting out life on the market in 2010 at $2.295 million. I don’t know the circumstances of this sale but it’s a good bet that when something takes two years to sell and does so only after slashing its price 48%, it was pretty badly priced to begin with. Agent’s fault, seller’s or both?

The only new listing (to me) is one at 59 Bedford Road, 2006 construction priced at $3.595 million. No pictures posted yet and open house will probably be next Tuesday so I’ll hold off judgement. Brother Gideon sold this as an overgrown lot with a teardown for $1.100 in 2003 when it was being foreclosed on – those happened even back then, but in those days a sale could usually yield enough to prevent finalization of the foreclosure action. If I recall, the land looked pretty decent even through its four acres of wild shrubbery and 59 isn’t way up Bedford, so this might work. Bedford’s not been fetching high prices since the crash but maybe this one will prove an exception; I’m curious to see it.

At some point, this Pecksland Road house will be a bargain

49 Pecksland Road cuts its price again and it’s now asking $1.995 million, down from the $3.850 it first sought in February 2008, after the crash but before its owner had put down his bong. It’s got a “challenging” yard – swamp, to the less environmentally conscious, but there’s some dry land in front and to the side and there’s a lot of house here hidden behind its 1960’s builder’s special exterior.

The current owners paid $1.650 for it in 2004 and then completely renovated it, from the studs out, I believe. Layout was changed, rooms added, basement finished, new mechanicals; the whole shebang. So what’s it worth? Damned if I know but at some price, there’s value here.

What else is going on this grey day? Nothing. Five accepted offers, four for houses under $1 million, one asking $1.950 and that’s it. No price reductions in the $5 million+ class again – there are 160 would-be-sellers out there who are determined to stay put both on their price and, obviously, in their house. Well, they’ll save on moving expenses.

Merkel now “considering” accepting Eurobonds. This will free the rest of Europe to stop paying lip service to austerity plans (plans which have yet to be enacted) and resume their mad spending at German taxpayers’ expense. It was only a decade ago that Germany itself was considered the sick man of Europe, with stagnant production and high, “permanent” unemployment. A decade of fiscal restraint brought it back from the dead but that can be, and will be easily reversed.

And then what? Whose money will Europe spend then?

Texting while recipient is driving – a tortious act? 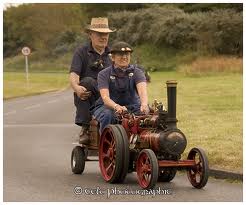 No, you fool, turn left!

That’s what a New Jersey lawyer is claiming in a suit against a woman who texted her boyfriend while driving. Boyfriend got distracted and crashed his car into another car. The theory is that texting while driving is illegal in New Jersey, the girlfriend knew her boyfriend was driving and so her texting him aided and abetted a wrongful act. If this holds up (surely it won’t, at least not until a similar suit hits the California courts), watch out backseat drivers or, even more distracting and annoying, those front seat passengers who insist on changing the radio tuning every thirty seconds.

UPDATE: Speaking of texting, how about 3o North Korean officials dying in “traffic accidents” this year as talks with South Korea faltered?  Who knew North Koreans had cellphones? 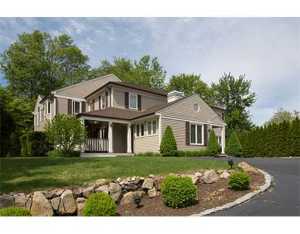 38 Lockwood Lane, that Riverside street that runs from Lockwood Road, over I-95 and terminates at Route One, has an accepted offer after just ten days so it will presumably be selling for close to its asking price of $1.950. Not a terrible house by any means and it has a decent yard but it is, to my ears, heavily impacted by I-95. In 2005 when it was priced at $1.995 it couldn’t find a buyer for a year and even then it only fetched $1.595. I don’t think the Thruway noise has abated since then so I attribute the quick sale at this price to a shortage of inventory.

And this phenomenon is not limited to Greenwich. Bloomberg reports that a Toll Brothers condominium project in Hoboken – Hoboken! – is selling put as soon as the units can be completed.

Another technology to go under the Luddite axe 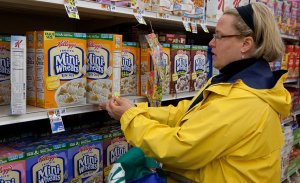 Saving the world for gluttony

Genetically modified foods will soon be a thing of the past. Most food we eat is already genetically modified (just ask Mendel) but once a “warning”  label is mandated consumers will boycott it. Scientific ignorance and voodooism are the norm in this country and it actually harms us – how many people, for instance, die from food poisoning because of “irradiated beef” labels?

Cellphone towers? Supposedly educated Greenwich mommies put down their own cellphones long enough to protest them at their PTA meetings, then return to texting. And look at the picture of the food activist Cyntia LaPewe, above, paying particular attention to her triple chins. Is she more likely to die from being a fat pig, driving to her Whole Foods store, or eating GM wheat? Don’t ask her because she’s numerically illiterate.

If electricity were invented today, we’d ban it.

Well if he needs the money, I guess that’s okay

He won’t return money paid him by Bain Capital. What a difference two days make.

Well SOMEONE has to strip search those 18-month-olds

So whatchya got in that diaper, hmm?

I think I mentioned last week that 240 Overlook had an accepted offer but today it’s reported as having progressed to a full contract. This is a beautiful house but it’s built into a steep hill so there’s a pretty severe approach to garage, a flight of stairs from the garage to the living quarters and a yard, front and back, that can only charitably be described as “rocky hillside”. I showed it several times to buyers who liked the house itself as much as I did but balked at its siting and the neighboring house looming far overhead to the north. Obviously someone else besides the present owners overlooked, so to speak, those difficulties.

The house sold new in 2005 for $3.825 million and these sellers tried to recoup the extra money they put in over the past seven years improving the landscaping and interior by pricing it at $4.295 last September. When that didn’t work they eventually cut the price to $3.775 and found a buyer.

On the other hand, 15 Cotswood (lower North Street), which seemed to have found a buyer some time ago has lost him and is back on the market for its 997th day and counting. Cotswood is a good street, this house is pretty nice, for a 1970’s contemporary (fixed up since then) and its price of $2.075 seems reasonable, or at least far more reasonable than its original 2009 price of $2.995 million, which doomed it to failure. I suspect there’s a reluctant bank involved here, rather than anything wrong with the house itself.

If France is now seen as a safe harbor, how bad is the situation in Greece and Spain?

Socialism is the new capitalism, only safer!

Comments Off on If France is now seen as a safe harbor, how bad is the situation in Greece and Spain?

Yes to spending, yes to unions, yes to taxes, yes to…

Greenwich Democrats sift through their 14-member-roster and find four sacrificial lambs to fill all electoral spots for the coming campaign. They probably won’t win but if they did they’d fit seamlessly into the Hartford fabric. “We’re the party of  ‘Yes’,” proclaimed Old Greenwich resident  David Rafferty, and indeed they are.

UPDATE: Talk about giving false hope, check out the Greenwich Time’s headline to this story – if only.

I’m sure they’ll be back, alas.