“The evidence points to the fact that banning the bags may actually be a net negative for the environment, yielding little benefit to wildlife while significantly increasing carbon emissions and other environmental impacts.

[I]t should be noted that the benefit of banning plastic bags is mitigated by the fact that half of the bags are used for other purposes, like for garbage bags or for picking up after pets. Grocery shoppers will still have to buy other bags, likely plastic, for those purposes.

Another law that Obama chooses to overturn

Obama overrides federal law requiring sixty-day lay off notices to workers. Those notices are scheduled to go out to tens of thousands of defense industry workers just days before the election so, while the Messiah’s base would cheer such a development, Obama wants to wait. “After I’m reelected I’ll have more flexibility, Vladimir”.

Imagine, if you can, the reaction by the press if Bush had overridden five federal laws in as many months? So far, news of Obama’s lawlessness has not been deemed fit to print.

Obama’s Labor Department on Monday issued “guidance” to the states, telling them that a federal law requiring advance notice of mass layoffs does not apply to the layoffs that may occur in January as a result of automatic budget cuts known as “sequestration.”

Inhofe, appearing on Fox & Friends Tuesday morning, said President Obama, through his Labor Department, “is trying to intimidate businesses, companies, corporations — not just defense contractors — into not issuing the pink slips,” which are required by federal law 60 days before mass layoffs or plant closings.

He noted that if the automatic budget cuts kick in on Jan. 2 — as they will if Congress can’t reach a deficit-reduction agreement — layoff notices would have to go out no later than Nov. 2. The general election is on Nov. 6.

Under the WARN Act — The Worker Adjustment and Retraining Notification Act — companies with more than 100 employees must give 60 days’ notice if there is to be a mass layoff during any 30-day period for 500 or more employees (or for 50-499 employees if they make up at least 33% of the employer’s active workforce).

How much, exactly, has Old Greenwich “waterfront” appreciated?

We’ll find out, eventually, when 15 East Point Lane sells. It came on today asking $7.850 million, a rather large jump from its 2005 sales price of $5.1 million. So far as the listing tells us, nothing’s been added to or improved in this house since it was built in 2004 so it’s apples to apples time.

I’d be more sanguine about its chances if its views stretched east down the Sound rather than north to its neighbors, but I’ll be watching this one with curiosity.

Free renovations up on Close Road

45 Close Road has dropped its price again and is now asking $4.999 million. Lovely land, a nifty renovation but still a small house (plenty of FAR to expand or even build new, if you wish). What caught my eye is that the seller paid $5.5 million for the place in 2007 and must have spent what, a million? renovating. In any event, she priced it at $7.795 in 2010 so presumably the renovations cost less than that. And now, whatever she put into it is yours free, plus $500,000 for your troubles.

I’d love to live here, but the general taste for houses in this price range demands much more space. If you want small and elegant, this could work for you.

Well this is just wrong

Business Insider has a blazing headline this afternoon, “Springtime isn’t the best season to sell homes”. They’ve got lots of color charts to illustrate their point but, as is often the case with that rag, its reporter doesn’t ask the right question. If you’re looking for market activity, it’s the contract date that’s relevant, not the actual closing date, which often comes months later and is affected by school vacations and the like.

The only data I have easy access to is Greenwich’s, but I doubt it’s any different from the rest of the country. Here is the contract activity for the past three years – the numbers may have been greater or lower in other years, but you’ll see the trend remains steady.

31 Dartmouth Road, $1,622,550. I’m a little surprised at this price because it’s the highest ever achieved on Dartmouth, but it was newly renovated and there’s not that much good stuff on in this price range.

By the way, this one caught my eye because I’m looking for something maxing out at about $1.5, must have a bedroom/bath, either guest or master, on first floor, some yard and a large kitchen. This one might have been perfect, which is probably why I was a bit taken aback at its price, but if you have such a house – Cognewaugh or Cat Rock or even further up northern Greenwich, feel free to have your girl call mine – we’ll do lunch.

Anonymous reader reminded me of the Onion’s videos – the one he mentioned, Obama visits a Denny’s, is fine, but this baby shaker spot is even better. 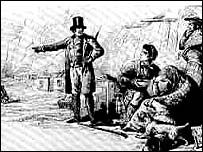 Think of it as moving you on to your next opportunity

Like previous FHFA analyses, the most recent data predicted that loan forgiveness would create new costs for the taxpayer- funded firms by encouraging defaults among borrowers who owe more than their homes are worth but who have kept making payments anyway. Three out of every four underwater borrowers with GSE loans are current.

Point is, bailing out some debtors at the expense of others shifts costs but does nothing else. And those burdened with additional costs are the same folks as the defaulted borrowers except they’re still paying back what they borrowed. To take more from them while rewarding their non-paying peers stimulates the “chump factor”, wherein a normal human being realizes he’s being played for a fool, quits his job and tells society to f’ off. Bad for the nation, as a rule.

Comments Off on Freddie and Fannie to deadbeats: drop dead 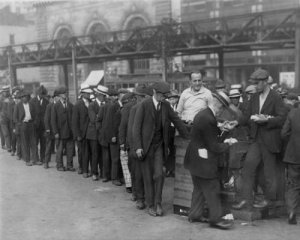 New capital requirements for banks affecting salary and, gasp, bonus pay. I’ve been hearing this from a number of my clients, all pretty big cheeses in the banking world. They aren’t whining, just explaining why they see prices for high end houses falling, not rising.

I see it the same way and I regret that, because my own pay is tied, indirectly, to how much the big boys are bringing home. Of course what really troubles me about this story is the thought that Obama will have less to redistribute to the deserving poor.

Why don’t I think Walt will be watching this woman flop around on the canvas?

No kidding – this is really the Saudi’s lady wrestler. Makes you pine for Linda McMahon, eh?

They didn’t make it, so we can take it!

Unless you work for the Obama government – you, you can go to Disney World or, if you prefer, MGM Grand in Las Vegas. $2 million per junket to hear lectures on, I kid you not, “controlling costs in higher education”.

Speaking at a town hall in Indiana in February, Obama bashed financial firms’ wasteful spending of taxpayer bailout money. “You can’t take a trip to Las Vegas or down to the Super Bowl on the taxpayers’ dime,” the president said.

During the president’s town hall meeting in Nashua, New Hampshire, he discussed the need to curb spending during tough economic times.  “When times are tough, you tighten your belts,” the president said. “You don’t go buying a boat when you can barely pay your mortgage. You don’t blow a bunch of cash on Vegas when you’re trying to save for college.”

Of course, if you’re one of those responsible for making college so expensive, feel free to spend away – it’s OPM, after all: Other People’s Money.

No shortage of funds in some households

12 Rocky Point Lane (Old Greenwich) closed yesterday for $3.520 million, on an asking price of $3.375. This was a great house – I called my own clients about it from its driveway on the day of its open house and they liked it as much as I did but declined to enter the inevitable bidding war. That’s usually the wisest course of action, as recent sales of houses that were “won” in the bidding wars of yore have demonstrated, but this was an exceptional house. I understand that there was an even higher bid but that bidder had to retreat after he discovered his employer had other plans for his future, but $3.520 seems just about right.

One more iPhone case to consider

Not sure of its effectiveness, though.

The GAR’s “browser neutral” site won’t show open houses today, so I suppose I’ll have to dig out my Windows machine, blow the dust off and fire it up to see where I’m headed this morning. Have I mentioned that I’m annoyed at how much I pay for the Greenwich Association of Realtors to screw things up? If you include iPhones and iPads, Apple users are approaching 50% of the market, yet the technologically – challenged folks down on the Byram border continue to beat us like a red-headed stepchild.

UPDATE: After wasting 20 minutes, turns out there’s nothing of significance on today. But snappers are in the creek and there’s a wind, so I’m sure I’ll find something better to do.

Newsweek to try another cover? 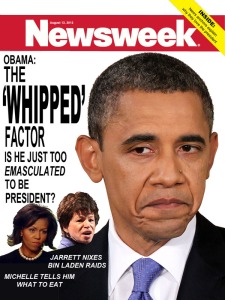 So how come I have to learn this from a stranger, Katie?

And anonymous reader writes and includes a video.

Your daughter and her band are winning gold in Alaska! Nice job!! I’ve tried to see them on tour and I’ve always been one state away.

Politics? In the Olympics? Perish the thought

Still, the Swiss team leader acknowledged that Morganella had to be sent home under the terms of the International Olympic Committee’s code of conduct, which requires athletes to show mutual respect.

“In this case, we felt we have no alternative,” Gilli said.

Olympic committee erects screen in front of Israeli athletes so that Lebanese won’t have to see them.

But there’s this: “Jaffe and Hogan appear to have registered for wedding gifts at Bloomingdales and Crate & Barrel. A search of BarackObama.com reveals that the newlyweds have not registered with the Obama campaign, which would have allowed well-wishers to send cash donations to the campaign instead of getting wedding gifts.”

I haven’t watched the Olympics since they gave the Russian basketball players three extra tries, but this is even worse

Chinese girl beats her own previous record by five (!) seconds and is now the fastest swimmer in the world, male or female. The gymnast refs also threw a match to Japan, but that’s pretty much par for whatever these events are pretending to be. Aside from Walt’s appreciation of the women’s volleyball players’ uniforms, why does anyone watch this crap?