The economy’s failing, the Ruskies are at our borders, what to do, what to do? 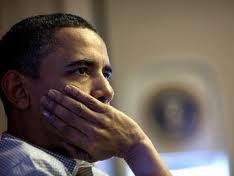 I think I blew it

Obama lashes out at Romney’s position on abortion. Leave alone Obama’s deliberate lie about that position and focus on what this says about panic at the White House. The only people who feel passionately enough about a woman’s untrammeled “right” to scrape a foetus from her womb, enough to ignore an economy in shambles and vote the Community Organizer back in for another round of amateurism, are those who already comprise what was once considered Obama’s base – appealing to them now suggests that Obama’s handlers fear that he’s losing even their vote.</p

4 responses to “The economy’s failing, the Ruskies are at our borders, what to do, what to do?”