Well Allahu akbar to you, baby

Muslims call for destruction of pyramids, and it’s about time! Won’t help their only industry, tourism, but why would anyone go to Egypt these days anyway?

Finally, an Indian chief even Massachusetts Democrats can be proud of

Well almost – too bad she has Solyndra in her genes, but here’s a bright woman that Obumski has named to head DARPA.

Prabhakar, who starts in her new position at the Defense Advanced Research Projects Agency on July 30, will be Darpa’s first Indian-American chief. And she boasts an impressive resume. Prabhakar came to this country at the age of 3, growing up in Lubbock, Texas. She earned a Ph.D. in applied physics from Caltech and founded Darpa’s Microelectronics Technology Office. In 1993, at the age of 34, she was appointed as the head of the 3,000-person National Institute of Standards and Technology. From there, she left for Silicon Valley, where she became a top officer at a specialty materials company. She joined the venture capital firm U.S. Venture Partners in 2001, spending a decade investing in green tech and IT start-ups.

$1.875 million from an original asking price of $2.795. Someone thought that was a bargain, I guess. I look and see maybe a dozen unsold units after 1,000+ days on the market, a dirt lot where “phase two” was supposed to have gone up five years ago and – eh – I see more risk than I like.

But there it is.

Democrats: is there anything they can’t do?

Certainly they can time travel: Ray LaHood says that Obama invented the Lexus hybrid, five years before he took office.

My son John took this photo in Maine

There was a broker open house at 11 Knoll Street in Riverside today (link to a listing later). It’s asking $2.2 million and I have my doubts about that. It’s basically a very good half-acre (oversized for this zone) on a quiet street, but that’s it: land. The house itself is at best a complete gut job but even if one were to do that: install central a/c, replace the furnace, electrical system, kitchen, baths, windows and on and on and on, it would remain a dated house with low ceilings and a cramped, awkward layout.

$2.2 million is a justifiable land price for this size lot on a street that supports, say, houses in the sixes – I sold 10 Martin Dale today for $2.125 million, 0.7 acre in the R-20 zone, with recent (albeit top-of-the market) sales in $5.5-$5.8 range, and that price made sense. But I don’t believe Knoll has seen a house sell for more than $3 million. At $400 per foot for a 5,000 sq.ft. home, you’re already in for $4.2 million. If you stay in that house long enough you’ll have the benefit of living in a beautiful house on a quiet street that’s convenient to the schools and Old Greenwich and eventually, the market will probably catch up with you. But until it does, you’ll be exposed.

Or that’s my opinion, anyway. A builder couldn’t afford to pay $2.2 million for this land but an end user building for himself might consider it. Time will tell.

Why do you think Congress slipped in a taxpayer passport confiscation provision into this year’s highway funding bill? 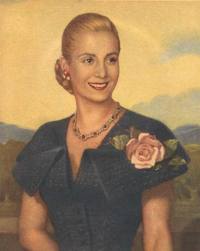 Oh, cry for me, Argentina

When government thieves overreach, capital flees. It’s a fine line, one that Argentina has now crossed and is attempting to stop the flow of capital from its borders. Our own Congressmen, members of a far-seeing kleptocracy, have simply anticipated the day when they’ll follow Argentina off the cliff.

Socialism: In the latest chapter of Argentina’s war on economic reality, President Cristina Fernandez has banned the buying of dollars in a bid to halt capital flight. It’s a market verdict on her policies, and it won’t stop dollarization.

Putting dollar-sniffing dogs on outbound ferries from Buenos Aires to Uruguay apparently didn’t halt Argentinians’ desire to get their money out of the country. After losing a billion dollars a month to capital flight by small investors in 2011’s fourth quarter, Argentina continues to lose about half that amount as citizens send assets out of the country.

And why shouldn’t they? In the last three years, Argentina’s government has seized private pensions to pay for pork barrel social programs, raising government spending to 38% of GDP.

It has been caught lying about its inflation statistics (officially around 30%), a sign it’s now printing money. It has started paying down its foreign debt with its central bank reserves — some $4 billion out of its $46 billion kitty. It has also just told banks they’ll have to lend $3 billion to politically favored businesses in an Obama-style effort to pick and choose winners and losers.

Once again, Argentina’s damaging, once-a-decade cycle of devaluations and defaults is kicking in.

This matters because so much of what Argentina’s leaders are doing is being justified with the sickly-sweet logic of the left. In reality, it’s about force.

Fernandez declares that her anti-dollar “pesofication” is just an effort to “save jobs” — even as she blames the downturn in Europe for her own crisis.

In reality, she has stepped up government-spending, crushed the private sector through taxes, picked winners and losers, paid off favored union cronies, and is seeking to get access to global credit markets by paying off a series of government-issued dollar bonds called Bodens with other people’s money. 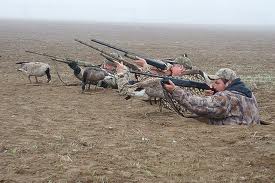 The Parks department has removed all but one table (and they probably just overlooked that one) from Strickland Park. God forbid someone have a place to put his coffee while looking over the tidal pond, but if our Parks and Rec people really want to improve the site why don’t they sweep up the goose crap littering the place?

Better yet, why doesn’t the Greenwich Association of Realtors sponsor a goose hunt there? We agents can bring our shotguns, the Evil GAR Princess can just bite off their heads.

Sad when a piece of equipment is smarter than its owner

They’re probably still overpaid, but how about Congress?

Former School Superintendent Freund turned down $75,000 in federal funds that would have paid for field trips so as not to get Greenwich ensnared in the “No Child Left Behind” law.  Had the money been accepted, parents of Western Middle School kids would have had the right to transfer their children to Central or Eastern. Freund figured, correctly, that it would be parents of white students who’d move their kids out, thereby exacerbating the existing minority imbalance.

Tough on the kids who are stuck there (not the missed opportunity to spend a weekend at “Nature’s Classroom”, which is unlikely to have a profound affect either way, but the lost opportunity to get the hell out of Western); it also demonstrates that the western side of town isn’t very appealing to parents of public school students.

Our school board members expresses “shock and dismay” that such a thing could have happened without their knowledge. Your winnings, sir.

With unemployment rates as high as 52%, young people can’t afford to buy cars.

High unemployment … has pushed many consumers out of the car market, making the slowdown stickier than if it were caused by shaky confidence. Sales in the European Union will probably fall to 12.2 million vehicles this year, the lowest level since 1995 and 21 percent below the 2007 peak, according to European auto industry group ACEA. A recovery to pre-crisis levels in the region isn’t likely until after the end of the decade, according to consulting company AlixPartners.

In France, 22.5 percent of people under 25 are out of work, compared with 36 percent in Italy. In Spain, the rate for youth unemployment is 52 percent. With a generation of drivers lost, Europe-focused carmakers like Fiat SpA, PSA Peugeot Citroen and Renault SA face a struggle to stem losses in the region. Those three companies have lost more than 9 billion euros ($11.3 billion) in combined market value over the past 12 months.

Turning in their beach cards

European banks begin yet another round of layoffs.

Investment bankers in Europe are girding for a second wave of job cuts in less than a year after the euro area’s debt crisis drove fees from mergers and securities underwriting to a nine-year low.

Credit Suisse Group AG  and UBS AG,Switzerland’s biggest lenders, face the most pressure to boost efficiency as that country runs ahead of others in introducing tougher capital and liquidity rules to curtail risk-taking, making some businesses unviable. The banks’ securities units had the highest costs as a proportion of revenue among a group of the 12 largest firms in Europe and the U.S. last year, Morgan Stanley analysts Hubert Lam and Huw van Steenis wrote in a May 24 note.

While the situation may be most acute at Credit Suisse and UBS, similar dynamics are at work at other firms as the debt crisis drags on, capital requirements ratchet higher and economic growth grinds to a halt.

“Bankers are really gloomy and a lot of people are worried about their jobs,” said Edward Cumming-Bruce, a partner at London-based advisory firm Gleacher Shacklock LLP who has more than 20 years’ experience. “Banks are under remorseless pressure to cut costs and balance sheets as we witness a significant change in the way the financial industry works.”

What happens in Europe doesn’t stay in Europe, of course. You may, like some of my idiot colleagues at my former employer years ago, cheer at the pending assault on the “fat cat” bankers. I happen to like them – “capital fellows”, even cuddly, but love ’em or envy them, they’re the people who you’ve been counting on to buy your house at its inflated price.

So curb your enthusiasm.