I’m from the government and …

A man spotted dressed in a goat suit among a herd of wild goats in the mountains of northern Utah has wildlife officials worried he could be in danger as hunting season approaches.

Phil Douglass of the Utah Division of Wildlife Resources said Friday the person is doing nothing illegal, but he worries the so-called “goat man” is unaware of the dangers.

“My very first concern is the person doesn’t understand the risks,” Douglass said. “Who’s to say what could happen.”

Not to worry – he has to return to fund raising soon.

News from the Camp of the Messiah

Forwarded me by Walter Olson

A tough nut to swallow

I can’t believe I ate the whole thing!

But instead, PBS has fired him from some sort of Antique’s Road Show -type show and the poor guy’s been sent off to a diversion program for wankers. Terrible.

If there’s a bright spot for Willard to contemplate, it’s that this arrest can only help publicity for his upcoming movie, the oh-so-aptly named “The Yank”.

BMW’s CEO wants taxpayers to buy other Germans electric cars. Funny how the people deemed least qualified to know how to spend their money are always those who actually earned it.

Comments Off on Say, here’s a novel idea

How can Democrats possibly defeat the forces of evil when the Koch brothers are buying the election?

Who knew that $3 contributions could add up so quickly?

Thank goodness for all those Democrats who got married last month and eschewed wedding presents in favor of supporting their President in his time of need.

Obama raised $45.9 million last month and has now taken in more than $307 million for his campaign. Romney brought in $33 million and has now raised more than $156 million.

Comments Off on How can Democrats possibly defeat the forces of evil when the Koch brothers are buying the election? 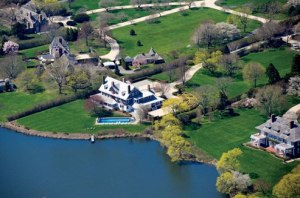 The media has lost track of Walter Noel this summer and I can’t find him. Is he summering in Southampton? Anyone know?

And can you figure out how he’s allowed to stay in his beach cottage (last rented out, summer of 2009, for $375,000 per month) when he’s on the hook for a couple of billions of dollars? And how, four years on, is he still free? 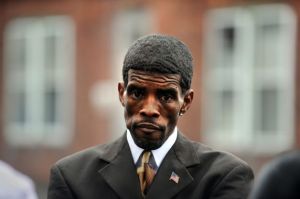 Hey, I need the money

Would you give it to an ex-con, convicted and imprisoned for theft, misuse of campaign funds and acceptance of bribes so he could return to the legislature and do it again? Probably not – you might want to waste it on your children, perhaps, or pay your mortgage, but your friends in the Connecticut Democrat Party  have a better idea and just spent your money for you.

(Republican opponent to the grant)  Cashman’s position stems from the SEEC’s recent decision to award a grant to ex-state Sen. Ernest Newton, D-Bridgeport, who was sentenced in February 2006 to five years in federal prison and three years probation. Newton was convicted of taking a $5,000 bribe, diverting $40,682 in campaign contributions to himself and others and failing to report the money on his income tax return.

Newton wants his old 23rd District seat back and was endorsed in May by city Democrats. [shades of Marion Barry – ED]

If Newton wins the Aug. 14 primary against incumbent Sen. Edwin Gomes and state Rep. Andres Ayal he will be eligible for an additional $91,000 general grant to face Republican challenger Caz Mizera, of Stratford.

Reached for comment, Francis Fudrucker, Chairwoman of Greenwich Demokrats Want What’s Yours was unapologetic: “If we debarred every politician who dipped his hand in the till we’d have no politicians at all,” he pointed out, “and where would we be then? Besides, he’s a Democrat, in case you didn’t notice. This is Connecticut – don’t be naive. “