We don’t have an office yet, but our logo is ready

We have cheater-aides for teachers for the same reason 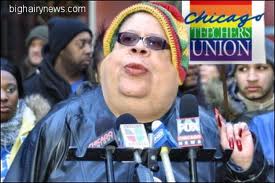 Don’t blame the teachers, it’s just this goddamn war and that lying son of a bitch Johnson!

Connecticut: 25% of all homes “underwater”

And Windham County, whatever and wherever Windham is, beats the national average at 40%.

UPDATE: Ah! Windham County is our northeast corner, where Pomfret and Putnam are. That’s beautiful land up there, and at two hours away, not much farther than Litchfield County in our northwest, at much more reasonable prices. Seems like a good place to go foreclosure hunting. 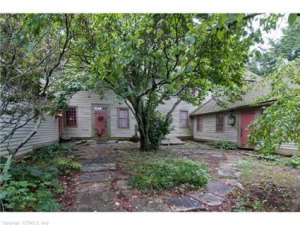 UPDATE II: My, there certainly are some gorgeous, cheap properties up there, even without a foreclosure. Look at this 1710 farm on 49 acres in Ashford, asking $950,000. You’d pay more than that in Havemeyer – although you can also make a living commuting from Havemeyer whereas you must be over an hour from Boston here.

Yeah, but so what? He’s only third string

Comments Off on Yeah, but so what? He’s only third string

Link to the 20-page Readers Digest condensed version here. If you have never read this 1945 masterpiece you should, even this shortened version. But here’s the scary part: can you imagine finding six million ordinary Americans today who would sit still long enough to read a twenty-page essay on anything? With no pictures of Snookie? Could they even understand what they were reading?

I realize that 1970, when I read the (entire) book as a 17-year-old kid who’d barely made it through high school, was 42 years ago, and it’s been 67 years since this was written,  but an entire society shouldn’t decline to cretinism so quickly – not if we’re to survive.

Speaking truth to power while appealing to core American values 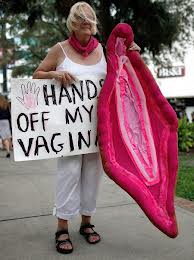 Protesters dressed as giant vaginas greet delegates in Tampa. I hate to suggest, given the subject matter, that these idiots live in an echo chamber but really: who besides Dollar Bill and his ilk would think this will encourage the people in Kansas to vote for the Democrat Party?

UPDATE: This is Democrat “outreach”: reject Catholic Cardinal’s offer to conduct a blessing of their convention but schedule a two hour Muslim prayer service lead by radical Islamists. I tell you, those devil Republicans have taken over the Democrat’s minds.

We’ve established what I am, now we’re just haggling over the price

That dreadful old bag of an actress Ellen Barkin, who famously spread her legs for billionaire Ron Pearlman in exchange for $40 million, expresses her compassion for mankind and her hope for her fellow downtrodden.

On Sunday, Ellen Barkin expressed her hope that Tropical Storm Isaac would smash up the Republican National Convention in Tampa and drown all its delegates.
She retweeted the message of one of her followers that read: “C’mon #Isaac! Wash every pro-life, anti-education, anti-woman, xenophobic, gay-bashing, racist SOB right into the ocean! #RNC ”

A number of readers sent me this link from Bloomberg: Connecticut homes biggest losers as Wall Street cuts.

Connecticut, for 25 years the state with the highest per capita income in the U.S., is now leading the nation in home-price declines as Wall Street trims jobs and bonuses that had driven multimillion-dollar property sales.

Prices in the Fairfield County area, home of the banker bedroom communities of Greenwich and New Canaan, tumbled 12.9 percent in the second quarter from a year earlier, the biggest decline of the 147 U.S. metropolitan areas measured by the National Association of Realtors. While the number of home purchases within the state financed with conventional mortgages rose 8.4 percent in the first half, deals using jumbo loans for pricier properties slid 9.4 percent, according to Warren Group, a real estate tracker.

Read the whole thing if your morning  has been a bit too cheerful today. And then, if you care to, try this other Bloomberg article on the exodus of energy traders from Barclay’s Europe, detailing how their top traders are deserting for hedge funds as bonus caps and restrictions on trading have made their lives miserable. That’s not limited to Barclays, or Europe, or the energy trading field. And before you get too comfortable reflecting that, after all Greenwich has more hedge funds per square inch than it does deer, remember that hedge funds can operate anywhere. As the first Bloomberg article discusses, Connecticut’s spending is out of control, its credit rating is collapsing and taxes on the most productive are rising. Hmmm.

Must have smoked dope in his youth 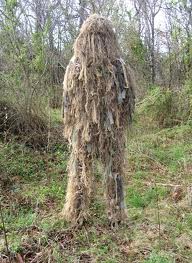 “He was trying to make people think he was Sasquatch so people would call in a Sasquatch sighting,” Montana Highway Patrol Trooper Jim Schneider said. “You can’t make it up. I haven’t seen or heard of anything like this before. Obviously, his suit made it difficult for people to see him.” 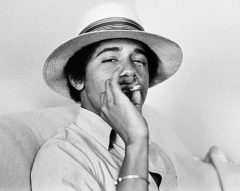 So who’ll notice when I’m a goat herder in Kenya?

FWIW’s pestilent Dollar Bill was available but incapable of comment.