Live blogging from the party

Looks promising from a fund raising perspective so far- mine’s the only pickup truck, and I’m the freeloader. Secret Service guy told me there’d been one Prius spotted but I alerted him that that undoubtedly belonged to a Democrat trouble maker.

6:10 haven’t sold a single house yet- this may not be the deal I thought It would be, even with the discounted ticket. Maybe I can interest Paul Ryan in a house up here if he loses the election (just heard motorcade arrive- I’ll go try)

7:10 Tackled by his bodyguards, but I did get one of those Sotheby’s color brochures (with my ID pasted over Gideon’s picture) under the windshield wiper- maybe the limo driver wants a house in Cos Cob ?
Congressman Ryan ( that’s how they refer to him here in the tent so why not?) spoke forcefully and well, laying out the issues – the Biden/Ryan debate is going to be a hoot. Dont bring popcorn, you’ll choke on it.

Democrats: We’ve got Romney exactly where we want him

“Romney will win the debate”, says chief Dem honcho. Not a strategy that sounds like a winner to this free thinker but by the time Obama’s press lackeys soften up their viewership to expect practically nothing from their champion, it will all make sense.

It’s Chicago politics – that can be arranged

Si, Senior Damon – you tell Barry I’m counting on him!

No argument here, Hugo, I’m sure you’re right on both counts.

Comments Off on It’s Chicago politics – that can be arranged

Ambassador to Libya assassinated” He probably had it coming.

I was all set to head up to my usual haunts up at Conyers Farm this evening to greet Paul Ryan and spread my wealth, charm and good looks around the otherwise-undeseving little people, but I’ve been given pause by the real estate experts at Trulia. I had imagined that an estate on Conyers Farm would be magnificent and could provide some interesting grist for the blog mill, but Trulia values the place at just $2.8 million and who needs to drive so far north for that? Might just as well do a drive-by through Cos Cob and call it an evening. Still, my adoring public does expect an appearance so … sigh.

A reader sends in this photo of our police shutting down the High School Soccer Team’s car wash solicitation today. The police arrived, the reader reports, just five minutes after our First Selectman drove by and spurned their offer. Did he complain or was the timing coincidental? We report, you decide. Odd allocation of police resources either way, seems to me.

(posted from my iPhone). Pain in the neck. Maybe tomorrow? Check back.

UPDATE, Sunday: Airbook works flawlessly once it’s near a different router, so it’s that damned ip address that somehow changed on the original router that’s causing the problem. Knew I should have studied computer science and not philosophy way back when.

Obama: “we got free cellphones for you black trash and sumptin’ a little different for tax payers

Biden in Florida promises free colonoscopies for all.

Another “unexpected” decline, but don’t watch for this in the elite news, they have California car chases to cover

How did Bush sneak back into Washington?

42 Will Merry Lane, $1.990 million on original asking price of $2.850 – oops! I liked this house and at this price, someone got an excellent buy. I’d thought it might sell for $2.1 – $2.3 million but perhaps that original price was so high that it drove the ultimate selling price down. It happens, even though it’s impossible to measure.

A case in point might be 22 Pilot Rock, which sold today for $6.2 million after coming on the market oh-so-long-ago in 2009 at $12.5 million. This is one of the prettiest waterfront views in Riverside and I’d have thought it should have gone for more. But Bridal Path, down the street, also sold in the low $6’s. Regardless, it sure wasn’t worth $12.5. So it goes.

Hmm – why would an oil exporter like Dubai want to help a retard speak against a competing source of fuel? Should Damon register as a foreign lobbyist? Eric Holder is investigating, doubtless.

Triumph of the savages

Leader of the Free World

One day after an (unveiled) Egyptian moslem defaced anti-islamic subway poster, New York Transit Authority reverses itself and bans anti-islamic advertisements. President Obama joined Hillary Clinton in apologizing to the offended moslem and promised to sic the DOJ on the group responsible for buying ad space to begin with.

If I spray paint a mosque, will they ban mosques? I’ll try it and see.

It’s Eleven o’clock; do you know where your property is?

Exactly where it was yesterday. No sales, accepted offers or contracts reported so far. And no price reductions (!). 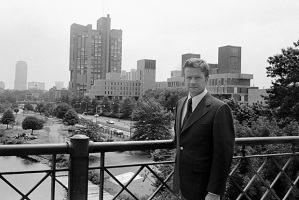 Peg sent along this remembrance of my mentor, Dr. John Silber. It’s short, and well worth reading in full to get a flavor of the man, but here’s a tiny excerpt:

Clearly he accomplished some great things, above all the transformation of Boston University into a renowned institution of higher education. His hiring in 1971 drew national attention. A striking story in Life magazine, titled “Quest for a Silver Unicorn,” chronicled the efforts of BU’s search committee to recruit a president “who could lead Boston University to levels of strength and excellence the school had never known before.” At the time it wasn’t clear whether such an individual even existed; four decades later it is hard to imagine who else could have succeeded so spectacularly.

Though I no longer remember the context of our conversation about intimidation, it was only in retrospect that I came to understand that because Silber wasn’t daunted by other people’s belligerent manner, he respected those who weren’t daunted by his. As a young 20-something, I wasn’t experienced enough to realize that the best way to deal with his outbursts would have been to stand my ground and bark right back at him.

On the other hand, I did figure out that one great upside of Silber’s personality was that I could ask him anything without fear of giving offense. He had a notable physical defect — his right arm ended in a stump just below the elbow, with a kind of vestigial thumb — that he made no effort to disguise, and I used to wonder how he could do things that clearly required two hands. He always wore shoes with laces — never slip-ons — and I asked him one day how he was able to tie them.

“What do you mean, how?” he growled. “Like this!” Then he bent over, and with his stump and his left hand, swiftly untied and retied one of his wingtips.

Silber despised political correctness — an attitude that extended even to his own physical deformity. I recall with delight the time his harried executive secretary walked into the room where he was meeting with several staff members. Laying some papers on his desk, she griped that she had been “busier than a one-armed paperhanger.”

No sooner were the words out of her mouth than she began apologizing profusely. “Oh, Dr. Silber,” she gasped, “I’m so sorry! I can’t believe I said that!”

The only thing I’ll add is that through some strange quirk of character I did stand my ground with him, although never did I come close to holding my own in any of our philosophical arguments, and later, when I attended law school and graduated to argue with judges, I was always strengthened by the realization that regardless of the interrogator, he was no John Silber. Some teacher. 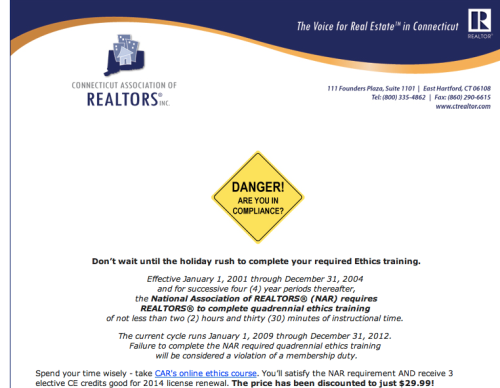 Comments Off on Shortest book ever written

The city died decades ago: why go on pretending? 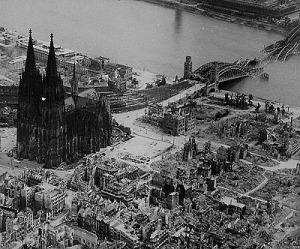 East St. Louis (“Not necessarily to be built”)

Minors are to be off the streets at ten o’clock on both weeknights and weekend nights.

Minors on the street during school hours will be arrested on sight.

Police will also perform I.D. checks on street corners and conduct gun searches, and Parks says he won’t hesitate to call in the National Guard if the spike in violence continues.

“No royal blue, no bright red to be worn by our men or our boys in this community,” Parks said. “Why is that? Those colors have long been affiliated with gang kinds of affiliations”

Asked about Constitutional concerns, and the need for probable cause, Parks says the recent wave of crime is the probable cause and justifies the extreme new measures.

“Vehicles that are moving will be stopped and searched for guns, weapons, drugs, and open alcohol and any other violations that are taking place,” Parks later told KMOX’s Mark Reardon. “People who are walking, people who are bicycling, can be stopped and searched for the same and, when it comes to state IDs, we’re going to be confirming that state IDs are in place for everyone involved.”

A reader sends along this clip from the 2008 election. Somehow I’m confident that Dollar Bill and his fellow interviewees would respond in exactly the same manner today.

“Matt feels that Jim didn’t take accountability for all the ratings drama at ‘Today.’ [Jim] was away at the Olympics, getting all the glory,” a source told us yesterday. “So Lauer forced Jim to stand in the firing line. Matt wanted Jim to take responsibility.” Bell also took the opportunity to play down rumors that he’s moving on up from “Today” to a role at NBC sports, saying in an interview, “This is the best job in the world.” But a network insider insists to us that Bell could be gone within the month.

I’ll confess to not having watched “Today” since 1976, when a couple of us Riverside natives sharing a house in Boston would turn on the kitchen TV each morning to see how our friend Sandy Hamill’s little sister had done the night before in the Olympics (she won), but I have had occasion to know several producers and quite a few film and TV stars in my time and I, at least, have a strong suspicion as to which of these two is the prima donna.

By the way, from what I hear, that rumor is right: Bell’s off to bigger and better things at NBC Sports.

The NEA (taxpayer) funded “Christ in Piss” display has returned to New York City after a twenty-year tour around our country, a tour that sparked outrage and riots throughout the land, and Obama wants to balance things out. “My critics have claimed that I’m a spineless coward,” the leader of the free world said in announcing his new idea, “for apologizing to Mussulmen because our impiousness caused them to murder our ambassador and destroy our embassies, and because I use my Department of Justice to crush those who dare blaspheme Mohammed, and they’re right, of course. But I’m more, much more than that, and to prove it, I’ve directed our National Endowment for the Arts to find and fund an artist to create an identical ‘art work’ depicting Mohammed soaking in urine and chowing down on a rasher of bacon”. We haven’t found anyone on the left who’ll actually do that so we’re shifting our search to the libertarian side of the political spectrum. Someone out there must want our cash.”

UPDATE: Here are some suggestions for the installation: 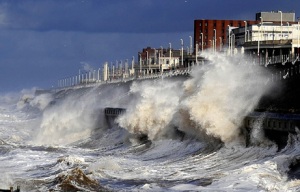 India/Australia plate tearing apart, should be fully torn asunder in a couple million years or so. Al Gore: “And there are still some people who don’t believe in global warming!” (H/T, NEWF)