So in between grunting and cackling like a hyena last night, Joe Biden flat out lied, asserting that he’d voted against the Afghan and Iraq wars when in fact he voted for both. Either the man is too stupid to remember that Senate votes are recorded or, more likely, he knew that the Obama Press would never point out his duplicity. Either way, where are those respecters of the truth like Fudrucker, who only last week were tugging their underpants up to their ears in anger because Romney, they claimed, had lied. Is it possible that it’s not truth they’re after?

Vice President Joe Biden accused Rep. Paul Ryan of putting two wars on the “credit card,” and then suggested he voted against the wars in Afghanistan and Iraq.

“By the way, they talk about this great recession like it fell out of the sky–like, ‘Oh my goodness, where did it come from?’” Biden said. “It came from this man voting to put two wars on a credit card, at the same time, put a prescription drug plan on the credit card, a trillion dollar tax cut for the very wealthy.”

“I was there, I voted against them,” Biden continued. “I said, no, we can’t afford that.”

Then Sen. Biden voted for the Afghanistan resolution on Sept. 14, 2001 which authorized “the use of United States Armed Forces against those responsible for the recent attacks launched against the United States.”

And on Oct. 11, 2002, Biden voted for a resolution authorizing unilateral military action in Iraq, according to the Washington Post.

Does this mean they play the Red Sox next? 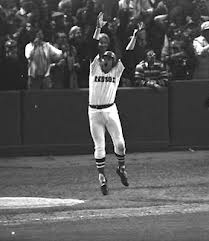 Yankees beat Orioles, move on in the playoffs.  I’ve been staying at a friend’s house that has a TV,  but there must be something wrong with the cable connection – I can’t find Bosox games on any of 500 channels.

Out on a limb

You’ll find Hamilton Avenue is no different from Riverside, so quit your kvetching

School redistricting arises once again as population shifts, and our local realtors are on top of it:

“It could put some purchases on hold while one waits for it to happen,” [Julianne] Ward said. “It was very difficult last time it happened, so I think it could slow down certain things or stop purchases from happening. But it could encourage someone to purchase. I just think it could be positive or it could be negative.”

Well if you put it that way, Julianne, …

There goes the neighborhood

Some divorcee sells her house in the Hamptons for $11 million and the neighbors are furious that the fire sale price will drive down their own (house, presumably) values. I’m not familiar with prices out there, but the place was, according to the article, a water-damaged, vacant teardown; how much do these people believe a building lot is worth? My guess is that the neighbors don’t want to contemplate what’s happened to house prices since 2006, when this one was purchased.

Comments Off on There goes the neighborhood

Sales by price range – a sampling

Brother Gideon has been sloooowly working his way through Greenwich house sales in different categories and you can check them out here. It would appear that above $4 million, the market’s pretty much dead, a phenomenon I believe I’ve mentioned a time or two, but younger brothers are slow learners, as we all know.

11 Knoll Street in Riverside, 1/2 acre, has an executed contract. Asking price was $2.1 million for this teardown, so now you know roughly what a 1/2 acre lot on this street is worth. Apparently much more than a

similar lot on Hearthstone, which makes sense. Almost certainly an end user but I suppose a reckless builder could have lost his mind here.

9 Daffodil, off Mimosa, reports an accepted offer, asking $1.8 million. It went in just 14 days, indicating an offer close to or at that price. Pool, lots of land, what’s not to like?

110 Patterson is new, priced at $2.975 – that seems like a lot, but the house was completely renovated and expanded in 2006 and Brunswick’s down the street, a plus or a minus depending on your point of view, just like the presence of little brother Gideon in the other direction.

Got a handful of price cuts of some interest (the link includes Dingletown again, don’t know why).

24 and 26 Marks Road are the pair of new houses crammed onto an 0.6 acre lot in Riverside by Kali-Naagy. They’re down today to $3.395 after starting off at $3.999. It was suggested here, long ago, that $3.4 might have been a more reasonable starting point but what do I know?

504 North Street – you can be home by Halloween!

Ten years ago, Ulster Bank made the mistake of lending $4.6 million on a spec project at 28 Brynwood Lane, a 2-acre parcel off Round Hill Road that directly abuts the Merritt Parkway, and by “directly” I mean cars-in-the-bedroom directly. The builder fled the project a quarter-of-the-way through and it’s been sitting out in the rain for years now, a slate roof on top but no windows, doors or really anything but its frame.

I walked it with a client two years ago when Ulster was still trying to clear its title and I figured it might be worth, maybe, a million dollars for land, minus the cost of tearing down what had been erected and then abandoned. That may have been too low for the land because some people may not mind seeing cars rush by in their backyard, but let’s say I was off by 50% and the land’s worth $1.5 million to someone born in the Bronx who misses the roar of the road. How much should Ulster price this for if it hopes to recover even a portion of its money?

If you guessed $3.850 million, congratulations: there’s a high level job waiting for you at this foolish institution. Bring a broom.

An unbroken record of predicting disaster

From Arafat to Carter to Gore to Obama, the Noel Peace Prize committee keeps looking for, and finding, losers on the cusp of failure. Yesterday it found the European Union. Look for the dissolution of that entity, soon.