Got fifty workers? Fire one, and don’t hire any more

That’s what’s happening as ObamaKare’s mandatory insurance program nears implementation January 1st.  Unlike the marginal tax rates on “millionaires” (actually, two-income families earning a total of $100,000) that Regressives are so eager to impose on their fellow citizens, it’s not the extra dollar over $100,000 that will be taxed at a higher rate: adding a fiftieth worker triggers the requirement to provide insurance for all fifty employees.

It may well be that a growing small business will want to expand regardless of the cost of providing health insurance because the increased profits exceed that cost. But as we’ve seen in France and Italy, it is just as likely, if not more, that businesses will choose to stay under the threshold because they can’t afford to go over it. If so, the job recovery Obama promised just a few weeks ago won’t happen.

Further reflections, prediction on the Cos Cob Gog 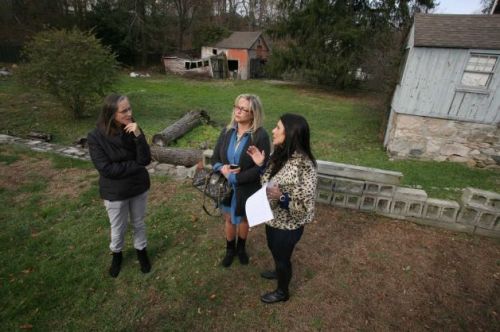 Typical Cos Cob property (snowplows and above-ground pool tucked behind the outhouse, rear)

The proposed lot line revision that the Greenwich Reform Synagogue will be seeking at Tuesday’s P&Z meeting is necessary, it seems, because the selling land owner Lou Caravella wants to retain the front portion of his land and continue to live there.  If he really expects to live peacefully with his neighbors after he and his son are through with this deal, the “Mayor of Cos Cob” is in for a rude awakening; land use issues like these, in my experience, pit neighbor against neighbor and are never forgiven.

So if Caravella figures this out, and if (when) the congregation’s application encounters trouble, I predict he’ll decide to take the money and run to Florida, which he can do if he simply sells the entire lot. That’s my prediction, although as a reader emailed me, he might get a higher dollar by selling to a Muslim congregation and give his former friends and neighbors a parting gift of amplified calls to prayer repeated throughout the day. That might be a good threat, at least.

Traffic? You want traffic? We’ll give you traffic. Secret drawings of proposed synagogue transport vehicle as supplied by Peter Tesei.

They don’t like the idea, naturally. It’s my understanding that the present zoning application, to be heard Tuesday for a lot line revision (shifting a dividing line between two lots of a single property) must be granted under our rules as a matter of right, but here’s an opportunity to hear from Frances Fuddyrucker who, unlike his social and financial prescriptions founded on his Democrat / Regressive Party beliefs, actually knows what he’s talking about when it comes to zoning. Frankie spent eight years on the P&Z and knows the rules. More important, he also knows the local politics.

Regardless of the result Tuesday night (and I predict the P&Z will delay the application, given its long tradition of kicking contentious matters down the road), we’re in for years of entertainment from this topic. And it’s interesting to note that all our selectmen are from Cos Cob, although Little Lord Fauntleroy recently shifted across the border to Greenwich to snag its more prestigious address. The P&Z, of course,  is supposed to operate independently of the selectmen and base its decisions on legal principles, not political ones. Right.

Comments Off on Shocker – “Cos Cob residents to oppose synagogue application”