They don’t name rape victims, do they?

The media’s having a field day with NRA’s assertion that armed citizens can stop armed criminals and the assertion that the media has a vested interest in exploiting and even encouraging the fringe. “Who, us?”, they ask? “Perish the thought!”

Leave aside the possible link between violent video games and movies causing mayhem for a minute and ponder this thought experiment: assuming many of these evil people are spurred to act from a desire to achieve national, even world-wide fame (and the flurry of shootings that follow a notorious massacre seem to suggest they are), what if the press imposed a voluntary moratorium on disclosing the murderers’ names and photographs? Those identities would still be revealed on the Internet – everything is – but the fierce urge to go out with a bang, so to speak, might be dissipated if the madman knew he wasn’t going to make it onto the national news.

I’m not suggesting we enact a law forcing this change – I’m as much in favor of the First Amendment as I am of the Second, but the press could do this on its own, just as it voluntarily shields the identities of rape victims and, often, victims of domestic violence. The New York Times could lead the way, perhaps, and CBS and the Washington Post could follow its example. If a new reporting ethic were established, smaller media outlets might follow suit.

Would this work? Depriving a fire of oxygen usually does, but it costs nothing to try and if it were effective, we’d learn of its success far sooner than the culmination of the decades-long battle gun ownership foes are facing to confiscate 300 million weapons. What’s the downside?

UPDATE: taking time from their sincere efforts to avert financial disaster, the Senate has just passed a resolution calling for The Village Voice to stop publishing sex classifieds. So why not a similar resolution addressed to The New York Times? 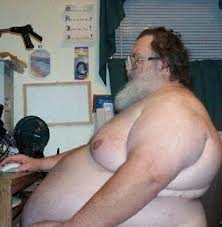 Government worker reprimanded for farting around all day.