Yale could always use a new mascot 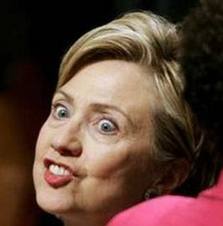 Of course, he’ll have competition 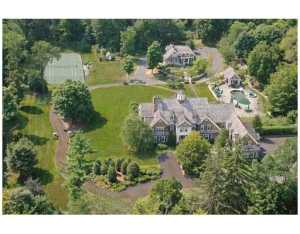 548 Stanwich Road has taken another price cut and is now asking $6.8 million from its opening salvo last February of $7.9. The owners paid $6.450 for it in 2002 and even though it looks as though they poured a lot more after that into improvements, it probably seemed like a bargain at the time because its builder had originally priced it two years before at $9.8.

But it’s huge, expensive, and above the Merritt, and as I’ve mentioned, that’s a combination that’s out of favor these days. The location adds maybe five minutes to the drive to Greenwich, which doesn’t seem daunting to me (although I’m not driving kids around all day and all night long), but clearly something is keeping this house on the market, so you can decide for yourself what that “something” is.

If they’d impose their stupid laws just on themselves, Darwinism would take care of it

I’ve reported on other studies that say the same thing, but God I love this stuff: reusable grocery bags infecting, even killing shoppers.

Abstract:
Recently, many jurisdictions have implemented bans or imposed taxes upon plastic grocery bags on environmental grounds. San Francisco County was the first major US jurisdiction to enact such a regulation, implementing a ban in 2007. There is evidence, however, that reusable grocery bags, a common substitute for plastic bags, contain potentially harmful bacteria. We examine emergency room admissions related to these bacteria in the wake of the San Francisco ban. We find that ER visits spiked when the ban went into effect. Relative to other counties, ER admissions increase by at least one fourth, and deaths exhibit a similar increase.

Laws screwing up normal people’s lives are enacted by effete metrosexuals living in tiny, “sustainable” apartments, who walk to their Whole Foods in their Birkenstocks and pay $15 for a glass of wheat berry juice, then presume to prescribe rules for living for the rest of us. They do not buy in bulk because they don’t have four kids and they sure as hell don’t have a car large enough to carry home anything larger than a single roll of organic, recycled toilet paper.

Or they live in an Al Gore – sized mansion and send servants out to pick up their needs.

Teenaged girls gather to protest “date violence”.  Who thinks of these things? Who organizes them? Kids looking to pad their college application resumes? Teachers in need of overtime? I told my daughters when they were young that if a boyfriend ever hit them they should leave and never, ever have anything further to do with him no matter how he apologized or promised to never do it again. It was, I said, a revelation of a permanently warped personality who could never be trusted.

Now that he’s provided us affordable health care, perhaps the Messiah will end poverty and bring us peace in our time

IRS: average cost of lowest level ObamKare “Bronze Plan” will be $20,000 for a family of four. Click on the link to see how large a tax penalty a family earning $12,000 per year must pay if they refuse to buy it – ungrateful slackers, don’t they realize what their president has done for them? Besides, since he’s already committed to paying their mortgage and buying them cellphones, anything they don’t spend on healthcare will just be wasted on food.

It’s a thing of beauty

Soon-to-be-anoited Secretary of Defense Chuck Hagel made quite of spectacle of himself yesterday (one Democrat  said, “it’s clear that Hagel won’t be bringing the potato salad to the next Mensa meeting”) but this part of his stumbling performance should reassure all who hold soldiers in contempt that their president has their back: “If confirmed, I intend to learn about the Defense Department”.

Hagel is expected to easily win confirmation on a party line vote. Let’s hope that, despite all evidence exhibited so far in his long public life, he proves a quick learner.