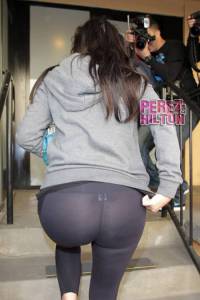 Here’s the end of Kim Kardashian

“Reality Star” – seriously, that’s how they describe this creature – Kim Kardashian takes a break from persuading her followers [sic] to sign gun ban petition and buys herself a new revolver.

She recently encouraged her Twitter followers to sign a pledge to help combat gun violence following the Sandy Hook shooting in December.

But that was clearly the last thing on Kim Kardashian’s mind as she tweeted a picture of a jewel-encrusted hand gun on Saturday.

Forgetting the pledge she made just a few weeks ago the pregnant reality star quickly deleted the image after presumably realising the hypocrisy of her move. 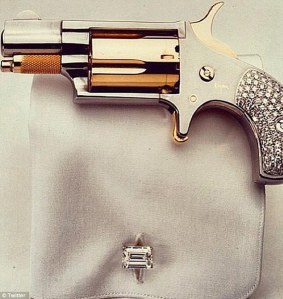 But it’s so cute!