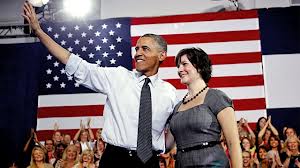 And send the bill to me!

Sounds like the start of a bad limerick, but really – he delivered cigarettes and booze to ships in the harbor and went on from there. He might have gotten richer quicker had he thought of this, though: college student rakes in the dough with emergency deliveries of condoms on campus.

When guns are outlawed, only outlaws will have guns

Bonnie Jonas-Boggioni, 65, and her husband were driving home to Plano, Texas from Columbus after attending her mother-in-law’s funeral when a pair of black police SUV’s stopped the couple a few miles outside of Memphis.

“Knowing I wasn’t speeding, I couldn’t imagine why,” Jonas-Boggioni told the Columbus Dispatch. “They were very serious. They had the body armor and the guns.”

On the back of Jonas-Boggioni’s car was a Buckeye leaf decal, similar to the one players’ have on their helmets, and cops mistakenly thought it was marijuana leaf.

“What are you doing with a marijuana sticker on your bumper?” one of the cops asked Jonas-Boggioni.

After trying to explain that the sticker was not a marijuana leaf and that she and her husband were not trafficking drugs cross-country, the police advised Jonas-Boggioni to remove the sticker as to not cause any more confusion.

“I didn’t take it off,” Jonas-Boggioni told the paper. “This little old lady is no drug dealer.”

From around the web

It isn’t by accident or mistake

Too good to leave buried as a link in the comments

A reader sends along this:

To the AP, scary-looking guns are “assault rifles”, so why not this?

Well give them this much: both planes do carry real machine guns. 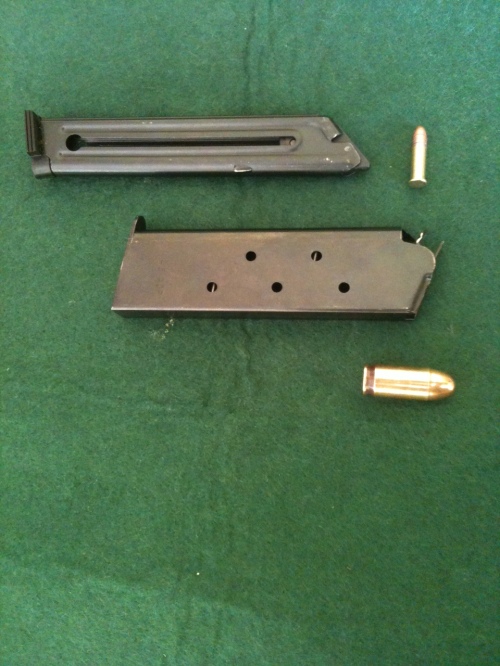 While I had my camera out, I thought I’d show readers unfamiliar with the issue what a “high capacity” magazine looks like compared to a seven-round one. The seven round is (still) legal in New York, the ten round one is not. Connecticut lawmakers want to follow suit.

Which is the high capacity magazine in the picture to the left? The one next to the smaller .22 cartridge. The perfectly-legal seven rounder below it is for the .45. A bullet from either could kill you, theoretically, but does limiting the size of the magazine make you safer? I think not.

Do you remember when they said they weren’t interested in confiscating all guns? 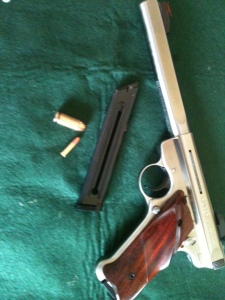 The President of the United States said so just yesterday and of course a couple of FWIW readers have chimed in here vowing the same thing, repeatedly – who, us? Thursday, the Connecticut Action Against Gun Violence (CAGV)  demonstrated in Hartford demanding adoption of their agenda and, thanks to Fly Angler, here’s what’s being proposed, from their own press release:

Connecticut Against Gun Violence proposes legislation in Connecticut that will:

Darwinism will cure this, government meddlers need not apply

“The texter of our times” or, “one less breeder” (sometimes it’s tough to choose between captions)

Town bans pedestrians from texting while crossing the street.

So a drunk goes into a bar … 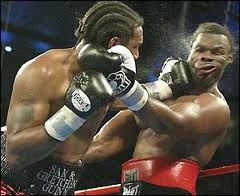 His request to be rehired denied, (former) bartender punches manager in the face, and leaves. The man obviously could benefit from some “OPC”, but whether that’s out-patient or out-placement counseling is a decision best left to him.

Comments Off on So a drunk goes into a bar …

The way the (new) world works 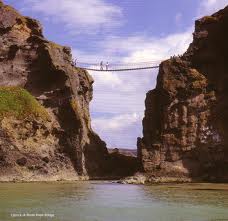 There’s a little pedestrian bridge in Cos Cob, built decades ago and still used today by kids and parents to cross a small creek to get to the school. Still used, that is, until recently, when a mommy complained to the authorities that the bridge was too narrow “and could get slippery”. The town, as is its wont, shut it down.

I don’t know which is more annoying, the town’s reaction, when the proper response would have been, “lady, you think the bridge is dangerous, don’t use it”, or the mommy herself who, observing a “put your eye out” hazard, insisted that no one use it.

To me, it’s the same crazed, interfering thinking that sees bans on Happy Meals because some parents don’t want their kids eating them and, rather than just avoid feeding their precious tots chicken nuggets, demand that the chain stop giving them out to anyone else.

And seat belts and bicycle helmets and sledding and jungle gyms – and and and. When did we turn into a nation of such whiny cowards, and when did we give the whimps complete power over the rest of us?