How would he know, when his murderous citizens are all unlicensed gun owners?

Dollar Bill: “and what’s wrong with that?”

Chicago’s embattled police superintendent dug himself deeper into a pit of controversy today by claiming that lawful firearm owners are agents of political corruption.  Appearing on a Chicago Sunday morning talk show, superintendent Garry McCarthy expressed his conviction that firearm owners who lobby their elected representatives or who donate money to political campaigns are engaged in corruption that endangers public safety.  McCarthy went on to express his belief that judges and legislators should rely on public opinion polls when interpreting our Constitution.

After totally dismissing the citizen’s right to redress grievances, McCarthy trained his constitutional wisdom on the 2nd Amendment.  Despite recent court decisions to the contrary, McCarthy opined that the 2ndAmendment limits citizens to owning smooth-bore muskets.  McCarthy went on to say that he believes that the 2nd Amendment supports mandatory liability insurance for firearm owners and the mandatory application of GPS tracking devices to civilian owned firearms.

I rather suspect this is happening in Greenwich

So many Seattle homes are underwater that it’s turning into a sellers market, due to low inventory. If you can’t afford to sell your home, why list it?

He’s known of this since January 4th

I do wish you hadn’t said that

Justice Department researchers have concluded that an assault weapons ban is “unlikely to have an effect on gun violence,” but President Obama has not accepted their report as his administration’s official position.

Not only has the president not accepted the report, he’s completely ignored it as he’s campaigned against “weapons of war”. How’d it see the light of day? The NRA forced them to cough it up.

But, like the impending failure of ObamaKare, this doesn’t matter to those whose goal is the disarming of the citizens. It’s about power and control, as always.

Who hasn’t had the same impulse when watching the news?

Do I deserve this?

CBS “personality” charged with assault and attempted strangulation of his news-reader wife.

The trouble with affirmative action

Tenured college professor who forced students to sign pledge they would vote for Obama should be fired, college president rules. And for incompetence, in addition to creating a hostile environment. Affirmative action has many bad effects, but the most harmful, I think, is that when a story like this hits the press, the natural inclination of some of us non-pc types is to look at the political sympathies of the offender, note that the lady was fired for incompetence, wonder why she was hired in the first place and conclude, “African – American”. Google Images confirms that suspicion. Does her race say anything at all about the qualifications of other people of color? Logic says no, and I’d think that successful blacks would be furious that affirmative action taints the accomplishments of the race. And not just blacks, of course – Chief Cherokee Elizabeth Warren made it to Harvard and then the U.S. Senate because of affirmative action and look what that got us.

But there you have it. 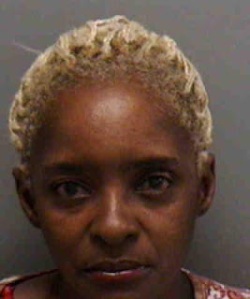 Here’s where their public relations firm earns its keep 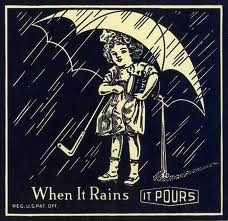 Start with the VP and be done in a minute

Obama to launch decade-long mapping of the human brain.

From New Haven (!) a fair report on what a firearm safety course is like 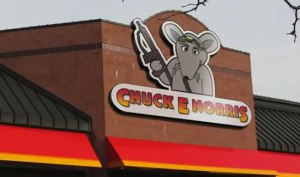 Good article – doesn’t , and isn’t intended to, cover background checks and the all the other parts of the process of obtaining a gun permit, but straightforward reporting. I’d been doubting that was possible any more.

Considering the reputation of military coffee, it was probably an improvement

FWIW’s Irish Correspondent also keeps his eye on Europe, and sends along this from Squarehead Land:

“As the coffee is black and the radiator water is a bit brown, then we haven’t noticed the difference,” said Captain Catharina Bergsell, information officer at the F 17 squadron.

My father, a sergeant in the cavalry with Squadron A, told me that the best method of brewing coffee was to boil it until it was strong enough to float a horseshoe. They spiked theirs with bootlegger whiskey (this was in the 30s), which probably explains things, but I imagine aquavit would achieve the same result. 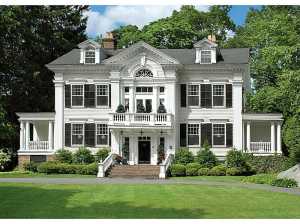 I’ve discussed 101 Brookside before but brother Gideon brings it up again as an example of the still-ongoing decline of at least some of the market, and he’s right. Take into consideration that Brookside’s a busy street and not everyone wants to deal with that, but a beautifully restored antique on 2+ acres that sold for $5.995 at the height of the market in 2008 just resold for $4.475 million. That’s some depreciation.

If you have to sacrifice your camera, is that too much to ask?

You can’t see me

Obama’s his and her vacations off limits to the press. “Taxpayers are paying good money for their president to play with Tiger,” White House spokesman Jay Carney told FWIW, ” and a camera snapping at the wrong time could ruin all the Messiah’s hard work. He’d just have to come back next week and try it again and then where would the unemployed be? They need this man in Washington, solving things like world peace, a dying economy and meteor strikes, right? He can’t do that from the back nine, so a little sacrifice now is what we like to call an “investment” in the future. Now go away.”

The largest bloc of the Democrat Party moves education forward 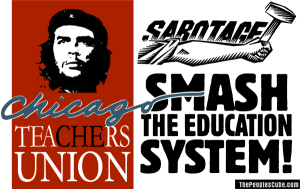 And raise our salaries while you’re at it!

Teachers’ union pushes to eliminate standardized tests because without test results you can’t grade teachers. It’s all about non-accountability and why not? In our modern educational system where “cooperation” trumps individual achievement and “effort” is rewarded instead of achievement, why punish teachers when they fail as badly as their students? After all, they’re products of Outcome Based Education too.