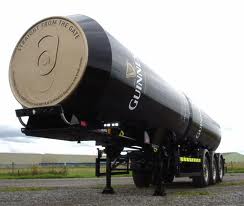 Ryanair pilot mistakes runway for Irish road. This is why other airlines place the steering wheel on the left side.

Aviation authorities are investigating a serious incident at Dublin Airport in which a Ryanair plane taxied the wrong way down a runway on which other planes were about to land.

Ryanair flight FR227, from ­London Stansted to Dublin, missed its exit and made a 180-degree turn at the end of the runway, before heading back the way it had come – causing other flights to abort or delay landings, the Irish Mail on Sunday can reveal.

Dramatic recordings of Air Traffic Control communications, which have been heard by the MoS, describe how the Ryanair flight had to ‘brake hard’. Other planes were ordered ‘go around’.

Guess they didn’t know the brat was visiting

‘These guys push and out comes two more, they push me on the ground.’

The men then chased the mother while the son retrieved his gun which was stored under his bed. He fired three shots and hit one intruder in the bedroom. The man died at the scene.

According to chron.com, the other two men had been duct-taping the father’s wrists when they heard the shots and fled.

The two other suspects ran from the home close to Cloudbrook in West Harris County and drove off in a white Ford Explorer. 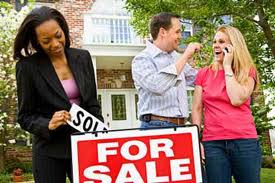 Would a Realtor lie to you?

Time to try selling your house? Maybe so.

Home prices nationally climbed 8.3% in December from the same period a year earlier, according to CoreLogic, CLGX -8.15% a real-estate analytics company. The increase was the largest since May 2006 and the 10th consecutive monthly gain. The CoreLogic figures include foreclosures and other distressed sales.

The gains are good news for would-be sellers who have been stranded on the sidelines since home prices peaked in 2006. Nearly one in four homeowners and renters say now is a good time to sell a home, according to a survey released this month by Fannie Mae,FNMA -1.40% the government-backed mortgage company, up from 11% a year earlier.

“You will unambiguously see more people test the water,” says Thomas Lawler, an independent housing economist in Leesburg, Va. He expects home prices to rise another 3% this year.

Thinking about selling? You are likely to find a buyer more quickly and at a better price if you factor in local market conditions and recent sales before setting an asking price, burnish your home’s Internet profile and plan ahead for a home appraisal. [emphasis added]

Acting soon may pay off as well. While trends vary by region, buyer search activity generally peaks in March and April, while seller listings peak in July, says Jed Kolko, chief economist at real-estate website Trulia.com. “Most sellers would be better off if they pushed the process up a couple of months,” he says.Sellers could face headwinds if mortgage rates jump or the economy weakens, while the supply of homes for sale is likely to increase over the next few months, creating more competition, say real-estate agents.

News you can use: pedophiles are predominately left-handed mental and physical midgets 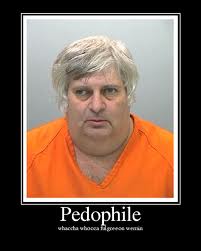 That’s a rough assessment of these studies.

Among the most compelling findings is that 30% of pedophiles are left-handed or ambidextrous, triple the general rate.

Researchers have also determined that pedophiles are nearly an inch shorter on average than non-pedophiles and lag behind the average IQ by 10 points — discoveries that are consistent with developmental problems, whether before birth or in childhood.

What the news article reporting these results does not mention is that this description exactly matches that of the average male Democrat voter. Dollar Bill? You listening?

More on the sequestration scam

The sequestration scares are the ultimate example of theWashington Wink-Wink: Politicos from both parties warn of imminent disaster if the federal budget is “cut” even though they know government spending will be higher in 2013 regardless if the sequestration “cuts” are implemented.

Put another way, the sequestration scares are lies, pure and simple. Not just bunk, not just distortions or mis-statements, but lies. And every professional politician – Democrat, Republican, Socialist, Independent – in this town knows it.

The question I have is whether the press is in on this deception or just clueless? Clueless is less scary, but disheartening. I’m going with the deliberate manipulation proposition,  because even  journalism majors can’t be as imbecilic and naive as they’d have us believe.

Returning cannon to the proper authorities

Citizens disarm voluntarily at police headquarters.  BB guns, a souvenir African spear and of course, cannons, brought in by

Col. Knox himself. I know I feel safer now.