Your granny’s got crabs. 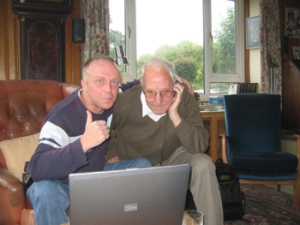 We got a hot one here

Old people contracting STDs at record rates as they discover on line dating.

This should bring Greenwich real estate values roaring back

“We will, I think, need some additional revenues to have a balanced budget, and I’ve always believed we should have more progressivity in our income tax,” said Senate Majority Leader Martin M. Looney, D-New Haven.

Looney has proposed boosting the income tax’s top marginal rate from 6.7 to 6.9 percent. That would apply to earnings above $250,000 for individuals and above $500,000 for couples.

With fiscal analysts projecting a 6 percent gap, about $1.2 billion, in next year’s finances based on current trends, Malloy was hard pressed to avoid tax hikes, and is seeking more from businesses.

But Malloy argues the $139 million extra from the corporation, electricity generation and insurance premiums taxes comes only from extending existing rates or credit limits otherwise set to expire — and therefore doesn’t count as a tax hike.

“I think he had to look at every option to deal with a difficult situation,” said Flexer. “But now it is our responsibility to do the same.”

Flexer is one of several lawmakers who has proposed a “combined reporting” measure to ensure that Connecticut corporations pay more in taxes.

The “combined reporting” concept holds that any corporate group with at least one affiliate here should owe taxes that reflect the entire group’s net income.

Rep. Betsy Ritter, a Waterford Democrat, not only has sponsored a “combined reporting” bill, but she has also proposed a hoarder’s tax. This would place a levy on liquid assets — companies with a lot of money in the bank — and dedicate the proceeds to job creation programs.

While Malloy has said repeatedly this is not the time to raise taxes, that line already has been crossed, Ritter said.

“It sounds to me like the legislature is respectfully saying (tax increases) are something we have to have on the table to have a balanced discussion about the budget,” she said.

Other proposals offered recently would repeal a 2009 tax cut on wealthy estates, increase sales tax on food served at restaurants, add 95 cents per pack to the cigarette tax and preserve the towns’ share of state sales and real estate conveyance taxes — worth just under $100 million per year.

The finance committee did raise a concept bill — a measure with a title, but no specific language drafted to date — regarding the real estate conveyance tax. Such measures typically are drafted in anticipation that members may discuss the topic during the legislative session.

Rep. Sean Williams of Watertown, ranking GOP representative on the finance committee, said he doesn’t think Democrats will find the spending cuts needed to support tax hikes and said he fears it will be hard enough to eliminate the other revenue gimmicks in the budget. “There is never enough money for these folks to spend.”

The Mickster, as optimistic as only an Irish Guinness salesman can be, writes in to comment on the amazing housing recovery here in town and “New Normal” who is either another agent or a desperate Greenwich homeowner goes even farther than the Mickster in damp-panty enthusiasm:

“Chris Fountain himself will tell you this is probably the busiest Jan and Feb he has had in a while; call it anecdotal or fudging the numbers as much as you want, transactions are happening at a much more rapid pace than normal.”

Well okay, are we seeing the normal spring market or are we really observing a phenomenal recovery? Let’s go to the videotape, and compare  January February contracts and accepted offers:

So what’s got Wall Street and FWIW’s reader “New Normal” so hetted up today? Reader Shoeless sends along this link to Zero Hedge so that you can see for yourself. )Note the number homes, nationwide, selling for more than $750,000: 1,000.)

In the government’s endless desire to show just how blistering, nay, stupendously amazingful the gargantuantest housing recovery has been, we just got news that New Home Sales in January soared, SOARED, to 437K from an upward revised 378K, slamming expectations of a 380K print (chart). “This is the best New Home Sales print since August 2008!” the mainstream media roared with adoration and approval (hoping for an avalanche of ad RFPs from Trulia, Zillow and of course, the NAR). Alas, as so often happens, there was more than meets the eye.

For one: the actual, unadjusted number of homes sold in January was a meager 31K (of which 1,000 houses sold in the $750K+ range): a tiny 4K increase from December, the same as August, and lower than all months from March to July 2012 (chart); the houses for sale rose to the highest since December 2011; the Median Price plunged to $226,400, the lowest since January 2012 and down $23k from December’s $249,800. Finally of the 31K houses sold in January, just 12K were actually completed, with 10K under construction and 10K not even started. So who cares: seasonal adjustments happen all the time, and January just happens to be an important inflection point right? Yes.

Which is precisely why we took the December-to-January change in New Home Sales as reported since the peak of the housing bubble, to get an accurate sense of how this inversion has behaved in history. The result is plotted below: the blue bar shows the sequential change in actual data. The red one shows the seasonally adjusted one.

More on the Messiah

No, it’s not Michelle it’s me, Barry!

James Taranto looks at the revelation that Obama’s selling himself for $500,000 per trick, and isn’t impressed. In fact, even Obama must be disgusted with himself, although his followers are steadfast.

BuzzFeed’s Andrew Kaczynski unearths a clip of then-Sen. Obama in 2008 railing against ” ‘the cynics, and the lobbyists, and the special interests’ who ‘write the checks’ and ‘get the access while you’ “–the poor suckers in the audience–” ‘get to write a letter.’ ” Quoth candidate Obama: “They think they own this government, but we’re here today to take it back.” They’ve taken it back, all right, and they’re milking it for all it’s worth.

If like me you’ve been wondering about what appears to be an airport being built on 751 Lake Avenue up near the Merritt, the mystery is solved today by the listing of two houses under construction. Each is around 10,000 sq.ft, each wants about $9 million.

Too bad the media won’t tell the sheeple this

Sequester doesn’t have to amount to even a minor inconvenience unless, duh, the administration makes sure it does.

If you want to know how misleading the Obama administration is being about the effects of the sequester, look no further than Transportation Secretary Ray LaHood’s dark warnings about flight delays.

LaHood showed up at the daily White House press briefing Friday to claim the sequester — automatic spending cuts President Obama insisted on that are now scheduled to take effect in March — will “be very painful for the flying public.”

Because of those cuts, he said, the department will have to furlough flight controllers, leading to “delays of up to 90 minutes during peak hours” at major airports.

It will also have to close more than 100 air traffic control towers, and preventive maintenance and runway repairs “might not be possible.”

But LaHood, taking his cues from Obama, is needlessly trying to panic the public.

Take the claim that cutting back on flight controllers will lead to massive delays.

Back in 2000, the FAA handled 23% more air traffic with fewer flight controllers than it employs today, according to the Department of Transportation’s own inspector general, who added this raises “questions about the efficiency of FAA’s current controller workforce.”

Either air traffic controllers have gotten far less efficient over the past 13 years, or the FAA could get by with about 3,400 fewer of them — without affecting the quality of air travel one bit. Cutting out those excess controllers would get LaHood more than halfway to the $600 million he has to cut from the FAA’s budget.

And while LaHood ominously talks about closing 100 control towers, what he doesn’t say is that these towers should have been closed long ago.

In fact, Bloomberg News reports the FAA itself identified more than 100 “zombie towers” that handle so few flights they should be cut back or closed.

Then there’s the fact the administration has more flexibility in dealing with the sequester cuts than LaHood, or anyone else working for Obama, is willing to admit.

As the fact-checking site PolitiFact.com points out, “within the specific programs targeted for cuts, federal managers have a fair amount of discretion about what to reduce.”

And finally, instead of all the wailing and gnashing of teeth, LaHood could use the current budget cuts as an opportunity to do what Canada did 17 years ago when it also faced a severe budget crunch: fundamentally reform the air traffic control system.

Instead of a government-run agency, a private nonprofit called Nav Canada now runs Canada’s air traffic control, with user fees rather than federal funds covering the costs. Today, Nav Canada operates with 25% fewer workers than under the old government system, despite a 50% increase in traffic.

And, unlike the FAA, which has been struggling for years to upgrade its woefully outdated equipment, Nav Canada has deployed state-of-the-art technology that it’s now selling to other countries. 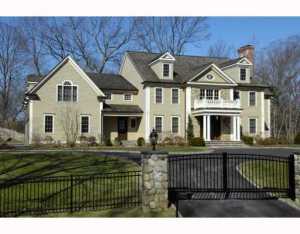 Nothing to write home about, mostly, but I was struck by 21 Hope Farm Road, two acres, $1.995 million, with a contemporary on it that will almost certainly be torn down. What caught my attention was that while the consensus among agents was “tear down”, the house was built in 1987! Functional obsolescence is speeding up.

On a related note, I spoke with a friend when I was leaving the home who told me that she’d been looking up comparative sales for a new listing she’s preparing to bring to market and was deeply surprised to see that high end bathrooms in homes built as recently  2006 already look dated. And she’s right – I’ve noticed the same phenomenon.

So here for free is the same advice I give my clients: if you’re planning on sticking around in your present house for ten years or longer, go ahead and redo your kitchen and master bath to your taste and enjoy them, but amortize them over the next ten years because they’ll add nothing to the value of your house after that.

If you’re thinking of moving in a shorter period, wait until you’re just about ready to sell before doing those upgrades. You won’t make back their cost entirely, but they’ll be up-to-date, so your  house will sell more quickly and buyers will assign extra value to them.

Why do Democrats so love the minimum wage? Because their union allies do

The higher the minimum wage, the higher the wages of union workers whose pay is tied to it. But wait, there’s more!

Minimum-wage hikes are beneficial to unions in other ways. The increases restrict the ability of businesses to hire low-skill workers who might gladly work for lower wages in order to gain experience. Union members thus face less competition from workers who might threaten union jobs.

This view is not speculation. A 2004 study in the Journal of Human Resources by economists William Wascher, Mark Schweitzer and David Neumark determined that lower-wage union workers typically see a boost in employment and earned income following a mandated wage hike. Never mind the corresponding drop in jobs and earned income for nonunion minimum-wage workers. They may have been priced out of the jobs they need, but that is not the union’s concern—its members have landed higher wages and reduced competition for jobs.