Someone got a nice bonus this year

8 Dempsey Lane, $8.495 million, has an accepted offer after just 12 days. Sold new in 2005 for $6.930, this owner added a pool. A reminder, if one was needed, that Jordan Saper knows how to build a house that appeals to today’s multi-millionaire. And that, in turn explains why I can’t stand them – I don’t have the money.

Who says Peter Tesei isn’t with it?

Price it, sell it

202 W. Lyon Farm, listed at $1.295, sells in fifteen days for $1.306 million. Impressive, but the history is instructive. This was originally listed with another broker in 2008 at $1.875 and went unsold for two years as it gradually fell to $1.650. The unit was pulled and was returned to the market this spring, spruced up and priced at what was obviously a slightly-below-market price. Over and done. This isn’t rocket science.

Okay by me, you manger du fromage singe rendu

French Prime Minister demands that his colleagues quit with the English.

Democrats sure do love their guns!

But don’t you wish they wouldn’t use them so carelessly?

Back in hot water

Zillow reports that the spec house at 12 Byfield Lane, asking $9,999,999, is once again embroiled in a foreclosure action. I once met the builder of this house and he was quite angry with my previous comments about his project. I believe all I’d said was that it seemed unlikely that Byfield Lane would support its then-asking price of $12 million, but who wants to hear bad news?

The builder survived a previous attempt at foreclosure by prevailing on a counter-claim against his lender, so there’s no doubt there’s been a lot of angst here (increased by the loss via foreclosure of another project at 8 Alpine Road). But the fact remains, $10 million or $12, price tags in this range aren’t moving. Especially on Byfield Lane.

20 Winthrop Drive, building lot, sold in a bidding war for $1.560 million on a $1.450 ask. Couple of points: this same house sold to an end user in 2002 for $1.525 million in 2002; this time, it sat unwanted from October to March, when the bidding war broke out. I’d attribute that to the explosion of sales on Hearthstone around that time. But if you care to track when the Riverside market roared back to life, this was it.

GPD Folks mentioned last week that the original limestone facade of the Central Greenwich fire house is, at the insistence of our local preservationists, going to be reused on the new building despite the fact that identical stone would be far less expensive. Which prompts a hypo:

Suppose a sheriff appears at your door one fine spring morning and tells you that, for sentimental reasons, your neighbor wants to reuse the facade of the mansion he is tearing down, and wants you to reimburse him for the additional cost of this indulgence. If you refuse, the sheriff  informs you, he will seize your house, sell it at auction and take the money that way. Do you have any right to object?

EPA evaluation of potential pollution of salmon river based on data supplied by admitted liar and data faker.

The Environmental Protection Agency’s revised draft assessment of an Alaska mine project cites research from environmental consultants who admitted falsifying a report in an environmental lawsuit.

The EPA’s new review of the potential Pebble Mine in Bristol Bay, Alaska, relied on research from Stratus Consulting and Ann Maest, the company’s managing scientist. Stratus recently admitted to providing false statements in a decades-long $19 billion lawsuit against the oil company Chevron.

This wasn’t just a mere goof-up, mind you: Chevron has been ordered to pay $19 billion by a corrupt court that supported its ruling by citing the faked data supplied by Stratus Consulting to the plaintiffs’ lawyers.

Environmental consultants doctoring data to suit the needs of their employer? What’s next, former politicians cashing in on the global warming hoax they created while in office?

Why don’t these brave souls try this in front of a mosque?

Carnegie Mellon student protests Catholic religion by dressing as the pope and parading bottomless with her pubic hair shaved into a cross.

PITTSBURGH (KDKA) – Students at Carnegie Mellon say it’s freedom of expression, but the Catholic Diocese of Pittsburgh calls it inappropriate and disrespectful.

At an annual art school parade, a female student dressed up as the pope, and was naked from the waist down while she passed out condoms.

Even more, witnesses say the woman had shaved her pubic hair in the shape of a cross.

“I think we all know that when we’re growing up we do stupid things but to cross over the line in this instance shouldn’t happen with anybody,” Bishop David Zubik said.

CMU issued a statement, saying “We are continuing our review of the incident. If our community standards or laws were violated, we will take appropriate action.”

The only way this idiot girl would be deemed to have offended CMU’s “community standards” [sic] would have been if she’d dressed as Mohammad and gnawed on a pork chop, but young, courageous activists don’t do that. Not in this country, certainly. Bishop Zubik is the only one involved here who displays any dignity.

Lower the freak flag to half-staff.

Albert Hofmann, the pioneering Swiss chemist and advocate of psychedelics who discovered the hallucinogenic properties of LSD, died Tuesday. He was 102.

No relation to Abbie, but kindred spirits, surely.

20 Meadow Road, Riverside, reports an accepted offer after 90 days and one price cut, to $2.195 million.

Ziller: “I wish I hadn’t bought Newsweek; it was a mistake.” 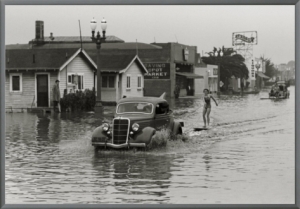 Friends of ours living on Palmer Island * just got the bad news from FEMA.
Raise your first floor 7 feet higher than it is now
Fill your basement with cement, and move all the utility room mechanicals to at least the height of your first floor….or else…
Your annual flood insurance will go from 1200 bucks/year, up to $20,000.00
Estimated cost to raise their home, fill the basement, move the mechanicals and build a mechanical room, north of 250k.

*Ole’s Creek, on the lower, Old Greenwich side, I’m glad to note – Ed

NBA player comes out of the closet, Business Insider has one word to describe it: “huge”.  That’s a mouthful.

If your house in OG or Riverside hasn’t sold yet, you are way too high

47 Arcadia, $2.395 million, sold in five days. Pretty house, very nice renovation dating back to 2006 (when it sold for $2.150), so nothing particularly surprising here but its quick sale, along with so many others this spring, ought to drive home to you owners still sitting in unsold houses that you are missing the most active spring market in years. If buyers have repeatedly rejected your home in favor of others (and every house that sells in your general price range is a direct rejection of what you’re offering) then it’s past time you dropped your price. It’s possible that a disappointed buyer will circle back and grab yours at your inflated dream price but it’s more likely that spring will pass and you’ll have missed the tide.

Too much time, too much money

Brawl erupts on Everest as Sherpas, western climbers clash. I don’t know from Nepal, but here in the US I’m grateful for the urge so prevalent among hikers to “bag” the highest mountain in any given area, leaving the rest of the neighborhood in piece. Northeast of Taos, for instance, New Mexico’s highest prominence Wheeler Peak stands 13,161 feet above sea level and draws almost every hiker around. Climb the same trail but head east at the fork and you’ll find “Gold Hill”, 12,711 feet high, standing by itself, aloof and private. I climb for solitude and find (most) people annoying, so I’m delighted to let the peak baggers have at it, and settle for a mere “hill”. Here’s a photo that would certainly put me off from the Everest experience, even if I could still accomplish it (ha!)

13 Mortimer, on an 0.12 acre lot in Old Greenwich and priced at $1.050 million, sold in five days. With that kind of speed there clearly were multiple parties interested in this house and God bless them. My own clients seem to be as taken aback by what’s happening in Old Greenwich and Riverside this spring as I am and are holding off, waiting to see if things don’t cool off. If we’re wrong and prices keep soaring well, then that’s what happens. I do know that, unlike 2009-2012, I’m not seeing anything in this area of town that looks like a solid place to dump a lot of cash.

I don’t know what specific flood zone Mortimer is in, by the way, but it’s obvious that I’ve already been proved wrong in one prediction: Hurricane Sandy, which might have served to remind people of the close proximity of water to Old Greenwich neighborhoods, has had no effect in damping sales, so to speak. Probably a good time to go long on rubber raft manufacturers.

Young libertarians the future of the GOP?

HAMILTON, N.Y. — College campuses have long been thought of as a breeding ground for political activism, but not for leaning to the right.

“I think that’s the future of the Republican Party,” he said.

And he may be right. Gavin and the college Republicans sold out the biggest name in Libertarianism this week: Ron Paul.

Pollster John Zogby said it was fiscal issues that drove these young people to the Libertarians and the GOP.

“Their numbers are growing, particularly as college educated, young, younger people are feeling the squeeze of the recession and more and more rejecting government as a solution,” Zogby said.