While I was out

62 Halsey, $759,000 reports a contract but we previously discussed this when it found a buyer in just one weekend. The contract just signifies the next step after the accepted offer.

73 Summit also has a deal. This backs up to the railroad but was completely gutted and expanded and I liked it a lot, especially after its price dropped to $1.695. Still, when I showed it to one client he asked me whether I thought the price was reasonable. Told that it was he agreed, but then said, “I’m not willing to spend this much for such a small yard on a busy street with railroad tracks in back.” I understood completely. The price to get into Riverside is pretty steep and if it’s not critical that you live here, there’s more house and better land elsewhere in town.

5 Grant, discussed before, has gone to contract.

5 Dorchester, Riverside, went in just 12 days so presumably it will be selling for close to or at its price of $2.095 million.

And, hooray, 11 Grimes Road in Shoreland has finally found a buyer. The owners paid $2.7 for this in 2005 and I really didn’t understand why it wouldn’t sell at $2.495. Newish (2000?) construction, it stayed dry during Sandy even though the streets of Shorelands did not. I thought it was a good deal for Shorelands and now, finally, someone agrees.

Interesting (to me at least) web statistics

Received this from a friend who follows these things:

Christopherfountain.wordpress.com is ranked #658,970 in the world according to the three-month Alexa traffic rankings. Compared with the overall internet population, the site appeals more to users who are over the age of 45; its audience also tends to consist of childless men earning over $60,000 who browse from home and have attended college. The fraction of visits to this site referred by search engines is approximately 28%. Visitors to Christopherfountain.wordpress.com view 1.4 unique pages each day on average. Visitors to it spend approximately two minutes per visit to the site and 75 seconds per pageview.

There are 179,848 sites with a better three-month global Alexa traffic rank than Greenwichtime.com. It is based in the US, and roughly 73% of visitors to it come from the US, where it has attained a traffic rank of 51,290. Compared with all internet users, the site’s users are disproportionately high-income, and they tend to be childless college graduates and women browsing from school and work. Greenwichtime.com has a relatively good traffic rank in the city of Hartford (#14,159

Next up, Sotheby’s Greenwich. But I’ll confess to being disappointed that more people read Greenwich Time. Oh well, they’ve been around longer than I have.

Is this even physically possible? 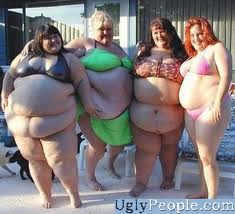 19-year-old Canadian says he was abducted and raped by four women, each approximately 5’4″ and 200 lbs.  Not discounting the randiness and sex drive of 19-year-olds, I find it difficult to believe that anyone could rise to the occasion when in a situation like this.

But tastes do differ.

Well we can’t have THAT, can we?

The latest example of progressive’s drive for control has cropped up in, where else, California. You may or may not remember that the smoking in public bans originated in that state and were based on the theory that second-hand smoke was endangering the populace. It started with a ban on smoking at sidewalk cafes in Los Angeles, although how someone choking to death in LA smog would notice an additional pollutant in his lungs escapes me, and soon spread to a total ban in any public space whatsoever. What stays in California, unfortunately, never stays in California and the ban soon swept the country.

Enter e-cigarettes, which deliver nicotine to their users but emit only non-toxic steam into the environment. Naturally, California is banning them because they look like cigarettes. Never mind the original ostensible purpose: protecting the non-smoking public;  progressives hate cigarettes anywhere, and the sight of someone getting the same enjoyment from a make-believe one drives them absolutely mad. Hence the ban. And like any cancer, the idea is spreading. E-cigarettes are helping people stop smoking, but smokers deserve to die so why should we let them try to prolong their miserable existence? The saddest day in Progressive history came when Nicorette was allowed to go over the counter.

On a smaller scale, this reminds me of Greenwich’s FAR system regulating the size of houses. Again, the stated purpose was to “preserve the street scape” but the real motivation was to prevent a neighbor from enjoying a house that was bigger than yours. So imagine the fury of the Franklin Bloomers of Greenwich when he observed that, while the street scape remained the same, people were actually using their attics for living space! The horror! Rules forbidding the practice were immediately issued, even though they had nothing to do with the claimed purpose of FAR  (Franklin, by the way, took advantage of the FAR regulations he wrote and interpreted to sell his own oversized lot for a huge premium a few years ago, but heck, “he just seen his opportunity and he took it”).

The point here is that proponents of laws like these are not really concerned with what they say they are: it’s about control, vested in them, so they can make the world as they like it. I won’t get into the gun ban here, saving that for another day.

The German taxpayer will bail out the bond traders – what could go wrong?

France is borrowing money at the same low rate as the United States.

So why, if things are going so badly, are yields collapsing?

Well remember, falling yields are the norm around the world when weakness sets in. It’s only in peripheral Europe where we’ve been observing this strange phenomenon of surging yields during bad times, and that’s because they’re seen as weak credits that could theoretically run out of money.

People don’t see that in France, because it’s assumed that the ECB would step in in a big way long before a true sovereign debt crisis erupted in France. So rather than worrying about France as a credit, people just see it as a big core bond market to rush to in a storm (and Europe is in a storm again).

On Wall Street, things always go along swimmingly and people make lots and lots of money.

Expanding their power grab to your family pets 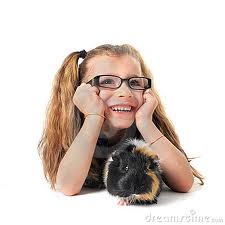 While visions of fricassees danced in her head

For so long as they allow us to eat meat at all.

Matt Miller, an Idaho-based science writer with The Nature Conservancy, says rodents and other small livestock represent a low-impact meat alternative to carbon-costly beef. Miller, who is writing a book about the ecological benefits of eating unconventional meats, visited Colombia several years ago.

“Guinea pigs don’t require the land that cattle do. They can be kept in backyards, or in your home. They’re docile and easy to raise.”

Guinea pigs weigh no more than 2 pounds — are twice as efficient as cows at turning food, like hay and compost scraps, into meat: To render a pound of meat, a cow, he explains, may require 8 pounds of feed. A guinea pig only needs 4.

“We’re not at all sure how long we’ll permit Americans to eat meat,” Miller (might have) said,”and we’re currently in discussions with PETA to set a time frame, but in the meantime, as long as these mini-bunnies are raised locally and brought home from the food co-op in reusable hemp bags and baked in a solar cooker, we’ll approve.”