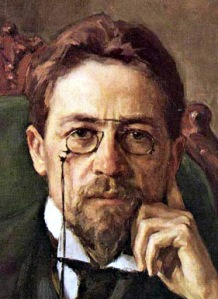 I did not say this, you idiot

As more information on the origin of the alleged perpetrators is coming to light, I am concerned to note in the social media a most unfortunate misunderstanding in this respect. The Czech Republic and Chechnya are two very different entities – the Czech Republic is a Central European country; Chechnya is a part of the Russian Federation.

I do love a good headline

Daily Mail: “With this camera, I behead”. Couple sues their wedding photographer for botching the job. In fact, judging from the photos of the newlyweds the lady did manage to take, I think she did them, and posterity, a favor.

But nice job by the paper.

What’s the easiest way to lose 15 pounds of ugly fat?

Lots of links to the discussion over the shutdown of Boston yesterday over at InstaPundit, but the best summary is probably this one: 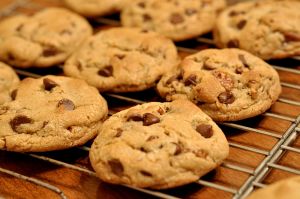 “Governor Christie’s an expert on ’em”, Lautenberg explained at a news conference held in his nursing home bedroom, “so when he told me that a CCC holds eight times the energy of TNT, I said to my nurse, ‘then we’d better get on this right away’. We don’t know with absolute certainty that the terrorists used CCCs up in Boston, but if it saves the life of one child ….”

The fat man sings: “I wanna be your next Democrat President”

“You can still call it the master’s bedroom, chief – no prob.”

Governor Chris Christie, once a Republican, surreptitiously admits that he’s running for president, as a Democrat. Proposes new gun control laws that he acknowledges won’t affect criminal’s behavior. But it will harass and hinder law abiding citizens, which is the  hallmark of Democratic policy, in everything. Christie’s policy is obviously designed to repel Republicans and make him more attractive to Democrats – picture it as next waddle in his career plans after serving as Obama’s butt boy during Hurricane Sandy.

A pure Democrat agenda, but can he switch parties in time for the primaries?

As they were saying before they were so rudely interrupted, “it’s all about guns”

Did I say that?

“It is outrageous that anyone, even a known terrorist, can walk into a store in America and buy explosives without any questions asked,” Lautenberg said in a statement earlier today. “If we are serious about public safety, we must put these common-sense safeguards in place. While the police have not revealed what specific explosive materials were used in Boston, what we do know is that explosive powder is too easy to anonymously purchase across the country.”

There’s so much to work with here, but let’s start with the term, “common sense” – it’s used by every nut job left winger these days whenever their proposal of the day makes no sense. In the same way they use the label “racist”, democrats, by claiming something  “is only common sense”, seek to cut off all discussion and questions from rational people: “well anyone can see that, surely; are you dense?”  You’ll see the term employed automatically and invariably these days, from President Obummer on down to the lowest level of his cretinous minions like FWIW’s troll  Dollar Bill, who includes “common sense” in all his postings on gun control.

We could easily dissect  Lautenberg’s claims: fertilizer makes a far more explosive bomb than black powder used in a muzzle loader; a gallon of gasoline holds more explosive force that a ton of TNT – background checks at the Shell station, anyone?; a child can make his own gunpowder – my father made five pounds of the stuff when he was ten in 1915:  his father made him remove it from the house which is why, if you drive by 8 Heathcote Rd in Scarsdale today, 100 years later, you’ll see the Fountain home still standing ; and so forth. (And by the way, Frank, if the perp is “a known terrorist” why not arrest him before he enters that mythical sports store?) But there’s a larger point here, and it’s this: the Democrats  lost big on guns this week and are desperate to keep the issue alive while the rest of the country moves on. One of them said exactly that just yesterday, and I posted on it here. This is how they’re trying to get the focus back where they want.

Lautenberg grudgingly concedes that there’s no evidence that gunpowder was used to explode Monday’s bomb (or that the terrorists would have been stopped by a background check if it were – Massachusetts gun law should have prevented these guys from possessing a pistol or an AR-15 yet, somehow, it did not). So it is not about gunpowder, it’s about bringing the discussion back to guns. “You wanna talk about bombs, huh? Well what goes into a bomb, explosives, right? And isn’t gun powder an explosive? Of course it is, so commons sense tells you that this isn’t a bomb issue, it’s a gun control issue! Am I right? Huh, am I right?”

And so it goes.