Follow up on the Great Roman Ice Cream Robbery 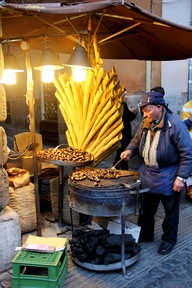 After a British tourist quartet made news paying €64 for ice cream in Rome, the Irish Independent looked into the matter and provides some insight into the vendor. As is normal for Italy, it’s a tale of corruption, politics and, of course, cash. Italy is looking increasingly like the United States.

Alfiero Tredicine’s father, Donato, arrived in Rome from the small mountain region of Abruzzo in the swinging Sixties – but not to enjoy la dolce vita: he had to make ends meet by selling roast chestnuts on the streets. Soon after, his five children, Mario, Alfiero, Elio, Dino and Emilia came to the capital. The family’s presence has continued to expand. It still makes a living selling street food plus snacks, drinks and ice-cream. But the scale is much, much greater – and so are the profits.

Today the clan nets €30m a year from sales alone. It also makes a fortune selling licences and renting spots to other vendors

In September 2007, the ancient central district of Rome – the most tourist-filled and lucrative – put out for tender 10 spots for the sale of watermelon and fruit salads. Everyone knew the permits were licences to print money. Observers hoped they’d be given out fairly and allow small-time operators a chance.

A quick glance at the outcomes showed three of the 10 winners had the surname Tredicine. But another four of the lucky permit holders, it turned out, came from the tiny village of Schiavi di Abruzzo, the home of the Tredicines.

La Repubblica has described the convoluted holdings and companies within the Tredicine clan (which it has referred to the as “The Dynasty” of the “Untouchables”) to a set of Russian dolls.

There was a similar outcome in 2002 when 10-year licences were handed out for the sale of chestnuts – the Tredicines’ bread and butter. At least 20 out of the 29 vending spots in central Rome went to Tredicine-linked operators. And chestnuts certainly don’t mean peanuts. A stand near a tourist attraction rakes in €30,000 a month for very little outlay. This means roast chestnuts alone make the clan €10m a year.

Giordano Tredicine, 34, the son of Dino Tredicine, is a Rome city councillor and member of Silvio Berlusconi’s PDL party.

“The family has links everywhere, at every level in the city,” said Ms La Rocca. “We need more controls and checks on illegal activity and places that rip-off tourists. But that’s the responsibility of the city council, and if a business has influence at the political level… well, you can see the problem.”

If the Tredicines are engaged in dubious dealings, or enjoy an ambiguous relationship with the law, they are not, as Ms La Rocca pointed out, doing anything unique in Italy. On the Roma Fa Schifo (Rome is disgusting) blog site, which is fighting a lonely battle to expose uncivil behaviour of all kinds in the capital, readers were asked to vote for the aspect of Roman life – including the litter, graffiti, illegal parking and street vendors – that “sickens you the most”. The online winners of this dubious distinction were the Romans themselves.

The leading criminologist Arije Antinori, of Rome’s La Sapienza University, said there was a sense in Italy, that it was every man for himself and that co-operation or fair play in the capital or elsewhere in Italy were dirty words. He said this was certainly the case for Rome’s murky market in street food which demonstrated one of the key aspects of Italy’s huge “grey economy” that was not run by organised crime, but was not entirely legitimate, either.

“What you have to understand is that in the big cities a sort of quasi-mafia system exists. It’s not like Cosa Nostra mixing with politics in Palermo; nonetheless, there’s a system in which favours are exchanged between business people and administrators or politicians, which is all-pervasive.”

Thus, says Dr Antinori, someone in Rome seeking a business permit – or seeking to ensure rivals are denied permits – will approach an official offering votes – not only his and those of his family, but also those of his employers, suppliers and distributors, in exchange for the licence. “Five hundred or 1,000 votes is enough to swing some local elections,” he said.

Get out that tinfoil 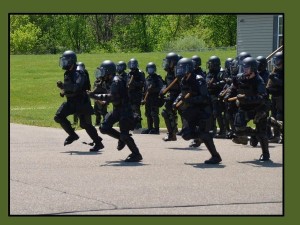 No, it wasn’t just “low-level IRS workers from Cincinnati” who were targeting Obama foes – that was yesterday’s version. Now it’s “senior IRS officials”.

AP has expanded its report now :

On Friday, the IRS apologized for what it acknowledged was “inappropriate” targeting of conservative political groups during the 2012 election to see if those groups were violating their tax-exempt status.

The Treasury’s inspector general for tax administration is expected to release the results of a nearly yearlong investigation in the coming week.

On Jan, 25, 2012, the criteria for flagging suspect groups was changed to, “political action type organizations involved in limiting/expanding Government, educating on the Constitution and Bill of Rights, social economic reform/movement,” the report says.

Got that? The Chief Counsel knew, and in an election year the targeting expanded to groups educating people on the Constitution and Bill of Rights.

Remember, you’re not paranoid, they really do hate you. At the highest levels.

The Washington Post is appalled to discover that the IRS harassed conservative and small government non-profit groups.

By Editorial Board, Published: May 10

A BEDROCK principle of U.S. democracy is that the coercive powers of government are never used for partisan purpose. The law is blind to political viewpoint, and so are its enforcers, most especially the FBI and the Internal Revenue Service. Any violation of this principle threatens the trust and the voluntary cooperation of citizens upon which this democracy depends.

So it was appalling to learn Friday that the IRS had improperly targeted conservative groups for scrutiny. It was almost as disturbing that President Obama and Treasury Secretary Jack Lew have not personally apologized to the American people and promised a full investigation.

Our local Democrats, being unprincipled, have nothing against which to weigh right and wrong; to them, the morality of any act is determined by the identity of the actor – Republican or political foe: bad, Democrat: good. I certainly don’t turn to the Washington Post editors for guidance in political matters, and if they truly believe that the IRS is a neutral collector of revenue then AJ has a bridge to sell them,  but I’m impressed that they, if not the pigs in the trenches, understand principles and will, occasionally, put aside their partisanship and judge a policy or action by reference to an underlying principle. That’s not an idea most progressives can grasp.

And the plot continues

Obama cancels oil lease auctions, blaming sequester. The fact that such auctions actually produce revenue – companies pay for the leases – is of no concern to an administration intent on preventing the production of energy. 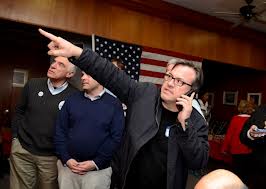 First ABC, then the BBC, then NPR and now, amazingly, the New Yorker have discovered the Benghazi coverup and area writing about it in a critical (to Obama) tone. As seen in his comments yesterday*, poor Francis Fudrucker, Chairman of Greenwich Democrats, is still parroting the company line, “nothing to see here, move along, move along,” but like all such useful idiots, having served his purpose as a breech-stuffer  he’s about to be left behind as events sweep him aside. Oh, what will he do, what will he do?

you guys funny…..I cant wait for you to quote from the 25 self-referential Benghazi books you are rooked into buying by so-called experts in 2017 after Hillary steals the white house with Al Qaeda assistance 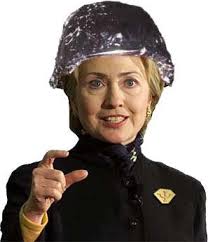 “So all in all, this has been a pretty crappy week for people who dislike conspiracy theories.”

Malloy gives bicycle maker $3 million to move from Bethel Connecticut to Wilton Connecticut. “This proves that Connecticut’s open for business”, the dyslexic moron crowed, but couldn’t provide an answer as to why taking earnings from the taxpayers who earned it and giving it to a private business was anything but the forcible opening of citizens’ pockets; that’s bad business.