It happened in Texas

Armed invaders burst in, stuff homeowner into his gun closet, with predictable results. “Now see,” Connecticut governor Dannel Malloy explained to FWIW, “under my plan for gun confiscation from homeowners, this would never have happened. The man would have stayed safe in that closet and the other persons would have taken what they needed and left. So much more peaceful, and so much better for community harmony. I just thank God no one committed suicide during the incident.”

By god, the stereotype’s true!

Weenie factor: Weak men more likely to favor welfare and income “redistribution” Well of course they do – these people have ben seething since they entered the workforce and discovered that no one was willing to pay them for their mastery of the Hegelian dialectic. Thwarted, they returned to the university and have spent their lifetime assaulting the successful.

What did your property look like in 1934? Google and the University of Connecticut have teamed up to provide the answer. I’ve added a link over on the right, “Greenwich 1934” under “useful links”, but you can try it right now, if you wish

And those bonus dollars keep rolling in

Don’t ask me, maybe she chopped her leg off in sympathy with Angelina Jolie?

Ask Walt – she’s his girlfriend. Whatever she’s up to, she obviously left her chest alone.

What’s that about agents always pricing their own houses right?

Just another day at the beach

Lois Lerner, the senior IRS official at the center of the decision to target tea party groups for burdensome tax scrutiny, signed paperwork granting tax-exempt status to the Barack H. Obama Foundation, a shady charity headed by the president’s half-brother that operated illegally for years.

According to the organization’s filings, Lerner approved the foundation’s tax status within a month of filing, an unprecedented timeline that stands in stark contrast to conservative organizations that have been waiting for more than three years, in some cases, for approval.

Lerner also appears to have broken with the norms of tax-exemption approval by granting retroactive tax-exempt status to Malik Obama’s organization.

Obama himself is “pretty sure” he didn’t know about IRS abuses until he read it in the papers.

152 Lockwood Road, asked $1.995 million, went to contract almost immediately and sold today for $1.980. Owner/agent who, in defiance of the Freakonomics “experts”, priced her house right and sold it quickly.

“19,000 people will commit suicide because they have a gun in their house.”

There’s no denying that guns offer an efficient and even painless way to shuffle off this mortal coil, but will Malloy’s demand for their confiscation really drop the suicide rate 90%? No, and the bullshit artist either knows that and is lying, or he’s simply completely ignorant on the subject, as he is in so many other areas.

(At least) 40% of all suicide victims also have alcohol or drugs in their systems at the time of death. Presumably our protective governor will be moving to ban those substances next.

An alcoholic has between 5 and 20 times the risk of committing suicide compared to the rest of the population. Individuals who misuse drugs are 10 to 20 times more likely to take their own lives. Approximately 33% of suicides among those younger than 35 years of age have a primary diagnosis of alcohol or other substance misuse.

Among adolescent suicides, alcohol or drug misuse are factors in up to 70% of cases. Gay teenagers are three times more likely to commit suicide than their straight peers.

And so on. Didn’t White House spokesman Jay Carney just yesterday castigate those who seek to politicize a tragedy like Benghazi? I suggest that Newtown profiteers take that to heart. 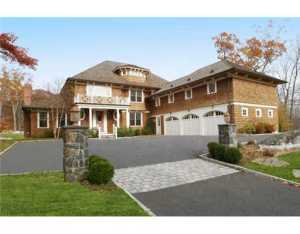 56 Frontier Road, Cos Cob, $3.1 million. Clients of mine and I both liked this house very much but when negotiations failed they found something else. The owner did well by his stubbornness, though, picking up around an extra $100,000 for six more months of waiting. He paid $3.350 for it in 2003 and put much more into it, so his reluctance to take a shellacking is understandable. Good house.

Symbolic or not, in the US we run short of ammunition, under communism, they can’t provide toilet paper

Venezuela is the latest state-run  economy that can’t provide its citizens with one of life’s basic needs.

Cuba can’t do it. (Its citizens use the communist newspaper as a suitable alternative)

Poland couldn’t do it back in its own commie days

And of course, the Soviet Union never could.

In Saudi Arabia, they’re still wondering what toilet paper is.

No watering down THEIR enthusiasm for Wahhabbism 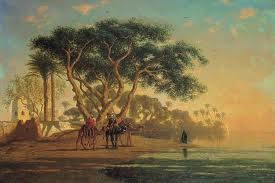 Waiting for midnight at the oasis

Police arrest seven muslimes for trespassing in the dark of night at Boston’s main reservoir.

State Police say the five men and two women are from Pakistan, Saudi Arabia, and Singapore, and “cited their education and career interests” for being in the area [after midnight? Uh huh]. The men told police they were chemical engineers and recent college graduates.

The Quabbin, in Belchertown, is one of the country’s largest man-made public water supplies. Boston’s drinking water comes from the Quabbin and the Wachusett Reservoirs.

Everything’s up to date in Kansas City, if not Washington

Congress finally gives National Weather Service $25 million to buy new computers – a sum about on par with the annual bill for the First Family’s vacation budget.

The Weather Services’ global and national weather prediction efforts have long been hampered by aging technology and a lack of computer power to support day-to-day operations. But Uccellini said that was all due to change through upgrades of its IBM system that will give it more than 25 times the computer power it has today.

The bad news: NOAA critic Cliff Mass, while hugely critical of NOAA’s outdated and inadequate  computing power, says that that neglect is the result of a conscious decision of NOAA management to focus on global warming long term trends rather than immediate weather predictions. Mass calls for $50 million, not $25, to bring NOAA’s computing power up to current standards, and is critical of NOAA’s practices and policies in general. Even a global warming alarmist, one would think, would want to know what was about to savage his home as the result of global warming [sic]. Here’s a recent excerpt from Mass’s blog:

Folks, this is outrageous.   Weather prediction is critical for the U.S. economy and for public safety.  And even if you are worried about climate change, the number one thing one needs to encourage resilience in a changing climate is to have good weather prediction! What is the logic for giving climate research hundreds of times more computer power than weather prediction?  It makes no sense from a rational viewpoint.

A big part of the problem is that NOAA management has decided to put priority on the oceans and climate while they short-change weather prediction.  This has been a deliberate and long-term policy. Unfortunately, the U.S. Congress has not reined them in. The irony is that NOAA understands how important and popular the National Weather Service is and demands that NWS products have NOAA stamped all over it–while draining critical resources the NWS requires to do a proper job.

The time to fix this self-inflicted problem is now.   There is a great deal of money in the Hurricane Sandy relief bill for improving hurricane and storm prediction or storm-related infrastructure  (over 100 million dollars).  Some of this money should be used to fix the NWS computer deficiency (it would take about 50 million dollars).   There is nothing that would more effectively improve hurricane prediction than dealing with the computer gap. We are not talking about increasing NWS computer capacity by 30%: it needs to be increased by 10-100 times to properly serve the nation.  Consider that NOAA is planning on spending 44 million to replace the wings on two hurricane hunter aircraft:  the same money would revolutionize and greatly improve U.S. weather prediction if used on computers.  If the Sandy money is not available, other funds should be found.  Enhanced computers is absolutely core infrastructure for the U.S. and would pay for itself many, many times over.  So many other nations understand this and have committed the necessary financial resources to secure bigger computers for their weather services.

Don’t you just HATE when that happens?

S.C. Democrat arrested for second DUI in a year claims he was “walking funny” because of a rock in his shoe.

Comments Off on Don’t you just HATE when that happens?

Where have we seen this before? 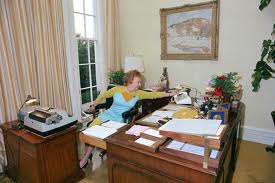 I’ll show you how to do it, Mr. President.

White House release of Benghazi emails doesn’t include the first two days, when the coverup occurred. I’m sure they just forgot.