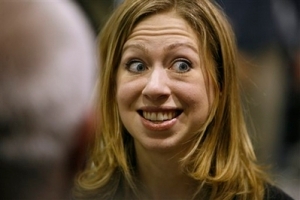 That sounds a bit harsh, even for this critic – ease up, girl.

The “Editors” want to see students assigned by race and so are only too happy to provide their Democrat allies with cover to accomplish that. Here’s their editorial on the subject (no, I don’t read their blather, usually, I was looking for the latest Bob Horton column, which I do read).

But the focus must remain on achieving a proper racial balance in the town’s schools, and not diverted to ideas of challenging the reasons behind the state’s mandates, via legal action or otherwise. Objecting to, or questioning [not even questioning? Gee whiz – Ed] , the racial diversity requirement… is not going to solve anything. This tactic, which has entered the Greenwich debate before, might even make things worse in the long run.

The town and all its students, present and future, are far better off with schools that are properly desegregated. It cannot be disputed that segregated schools are bad for all students, just as racially balanced schools are better for all. Students of all racial demographics are much better prepared for college, for work, for anything, when they are educated alongside classmates from different backgrounds.

In my experience, when someone says “it cannot be disputed” without providing evidence that would support his assertion, he’s talking through his hat.

Nothing new in that, of course, when it comes to the pitiful remnants of what was once a hometown paper, but it’s nice to see how Stamford Advocate/Greenwich Time Editor, “it’s always about storytelling” John Breunig  is shaping his coverage, and why. 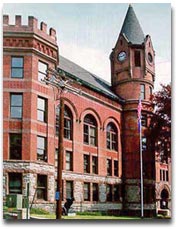 Yes, Dollar Bill’s back, and he must have gone through some extensive therapy during his absence because he’s been freed from his Bush obsession, and now blames everything bad on Ronald Reagan (I think that’s called “regression”, but so long as he’s let go of Bush, it’s some sort of progress). Here’s Bill’s take on the news that Republicans are leading the way to reduce the number of prisoners (did you know that 100% of all prison guards are unionized members of the Democratic Party, by the way?):

Of course, you have the sequence completely reversed. It is the “stupid party” that authored and championed the disastrous”tough on crime” policies, like the War on Drugs that led to our country having amongst the highest incarcerations in the world. Saint Ronald Reagan was the pied piper on that brigade.

It may be comforting for a wet brain like Bill to think that, but other liberals don’t buy into it: politicians of all persuasions – except Libertarian – have long supported draconian drug laws and the Democrats still do (especially here in Connecticut where, since Democrats have controlled the General Assembly since King Phillip’s War, every drug law on the books is their responsibility).  But what do liberals say about the Democrats’ continued prosecution of the drug war, from Eric Holder down to the lowliest assistant prosecutor? Here’s an interesting article from a self-styled “progressive” on just that topic :

But this raises a question, one posed by Jonathan Bernstein: Why do Democratic politicians overwhelmingly support the status quo on drug policy? Do they actually think it’s good policy, or is it just politics?

I have a hard time believing that anyone in either party thinks it’s good policy to be locking up hundreds of thousands of people for drug possession, which incurs staggering financial and human cost and has almost no effect on rates of drug use or abuse. You can tell because when they get asked about it, politicians almost never talk in concrete terms about what these policies achieve. Instead, draconian drug laws are justified in terms of “sending the right message,” which is what you say when you have no practical evidence to support your position.

This is one of a number of areas where liberals don’t even bother to expect Democrats to do the right thing (marriage equality was another area, until just recently). And if those Democrats have nothing to fear from the left, there’s no reason for them to step out. Maybe that will change eventually. But right now we have a situation in which 16 states and D.C. have passed medical marijuana laws, yet the federal government (led, if you’ll recall, by a radical socialist bent on turning America into Sweden) is busy raiding dispensaries that are perfectly legal in the states in which they operate.

Well we’ll all be safer now

Greenwich Police schedule another gun surrender day. Last time they did this they collected a whole passel of BB guns and water pistols, and elementary schools throughout town breathed a sigh of relief. “Now if we can just ban Pop Tarts from being gnawed into gun shapes,” Police spokesman Lt. Daniel Allen (GHS ’71)  told FWIW, “we’ll be 100% secure.”

(It occurs to me to warn readers that driving around town with an unlicensed hand gun is a felony in Connecticut, so be careful out there).

The shape of things to come (but they’ll be higher)

But this is definitely not a case where you want to toast the new homeowners by saying, “break a leg”.

I could get behind that

…. That pairing of a pastor with a former prosecutor, both Republicans, helped pave the way for dramatic revamping of Georgia’s criminal code. New rules enacted over the past two legislative sessions are steering nonviolent offenders away from prison, emphasizing rehabilitation over jail time, and lessening the penalties for many drug and property crimes.

Georgia is the latest example of a Republican-led state drive to replace tough-on-crime dictums of the 1990s with a more forgiving and nuanced set of laws. Leading the charge in states such as Texas, Ohio, Kentucky, South Carolina and South Dakota are GOP lawmakers—and in most cases Republican governors—who once favored stiff prison terms aimed at driving down crime.

Motivations for the push are many. Budget pressures and burgeoning prison costs have spurred new thinking. Some advocates point to data showing that harsh prison sentences often engender more crime. Among the key backers are conservative Christians talking of redemption and libertarians who have come to see the prison system as the embodiment of a heavy-handed state. And crime rates are falling nationally, a trend that has continued in most of the states putting fewer people in jail.

The movement also dovetails with the quest of some Republicans to soften the party’s edges and to plunge into new policy areas that affect the poor and the disadvantaged. The initiatives have drawn praise from groups that aren’t often allied with the GOP, including the National Association for the Advancement of Colored People and the American Civil Liberties Union. The result is some unlikely bedfellows, with the conservative American Legislative Exchange Council working alongside the ACLU.

Motivations for the push are many. Budget pressures and burgeoning prison costs have spurred new thinking. Some advocates point to data showing that harsh prison sentences often engender more crime. Among the key backers are conservative Christians talking of redemption and libertarians who have come to see the prison system as the embodiment of a heavy-handed state. And crime rates are falling nationally, a trend that has continued in most of the states putting fewer people in jail.

Just over half of the states have embarked on criminal-justice overhauls of varying scope over the past five years, with 19 of those efforts led by Republican governors or GOP legislatures and nine by Democratic governors or legislatures. Some of the most aggressive moves have come in states, many in the South, with incarceration rates well above the national average.

The number of inmates in state prisons nationally peaked at just over 1.4 million around 2009 after rising for decades, and by 2011 had fallen by about 25,000, according to Justice Department statistics.

The downturn has been particularly welcome in states that had projected a continued surge in prison numbers. Ohio, which was bracing for an inmate population of over 57,000 by the end of the decade, has seen its number fall by nearly 1% a year since 2009.

20 Limerick, Cos Cob, asking $1.795 million, has an accepted offer after 76 days. Sellers paid $1.695 in 2009 and so far as I can tell did nothing to it, so they’ll come out pretty well, having lived there for four years. Two acres, 1998 construction, pretty typical of its type, but that’s what you get for this kind of money.  Not bad, just not knock your socks off, but what is, these days?

getting to knooow you …

Latest add-on sought for the illegal alien amnesty bill: asylum for victims of climate change. It’s hard to believe that anyone opposed the original version, but with this provision to include all the rest of the world, I expect to see 100% of our congressmen get behind it.

The sound of crickets

Well no, we have no opinion on that whatsoever.

Balzac has a great post in the comments section  and you should read the whole thing, but here’s a question I’ve been asking: where are our local Democrats?

Voters should consider whether Democrat policies like this are good for Greenwich. And Board of Ed Democrats in particular should be asked, “Do you agree with the premise behind the law, that New Leb. and Ham. Ave. are inferior? What educational benefits do you seek by the application of this Democratic policy? Since the policy has provoked unanimous opposition, why do you think Democrats have credibility on education matters in Greenwich? What will you do to avoid the adverse effects of your racial imbalance policy?”

The Democrats know that under our current system they’re guaranteed six seats on the Board of Education so they’ve said nothing on this subject. In fact, the only thing educational they’ve addressed during this outcry is to appoint a swami’s beaten down, submissive disciple (who sent her children to private school) to fill one of their reserved slots. We can’t force them to come clean on their position on this issue – supine, I suppose – but we can certainly embarrass them, and expose them for what they are.

What a difference a spring makes

Even outside of Riverside, there is action. 290 Overlook in Milbrook, now priced at $1.695 million, reports an accepted offer. This house, which I’d consider a teardown; dated, cramped and perched on mostly unusable land, started at $2.500 back in 2011 (oh, come on) and changed prices and brokers over the next 427 days.

Don’t get your hopes up

A handful of senators (Democrats and Republicans) introduce bill to repeal Renewable Fuels Act – the ethanol mandate.* Ethanol consumes more energy to produce than it yields, ruins engines, leads to gasoline shortages (because ethanol absorbs moisture and must be transported in separate pipelines), diverts 40% of our corn crop, thus driving up the cost of food, and is on track to increase the price of diesel 300% and gasoline (at least) 30%.

Ethanol is also made from corn grown in Iowa, and the Iowa presidential primary is crucial to politicians hoping to run for the highest office in our land.

“I promise you, Senator Barrasso’s proposal will never become law because it is the wrong policy for America, and we will continue fighting for the RFS until the cows come home,” [president and CEO of Renewable Fuels Association Robert] Dinneen concluded.

I’m sure Mr. Dinneen is right.

*10% blend currently, EPA has mandated an increase to 15%, despite uncontroverted evidence that so much ethanol will ruin small engines and all automobile engines manufactured before 2012.