Not that I care, but is this really the best he can do?

Gaspard, currently the executive director of the Democratic National Committee, is an Obama political fixer – and not even the president’s top one, having been overshadowed by giants like David Plouffe, Jim Messina, and David Axelrod.

Gaspard served nearly a decade as the political chief for the New York City branch of the Service Employees International Union. He has worked on the presidential bids of Jesse Jackson and Howard Dean, the 1989 mayoral campaign of former New York City Mayor David Dinkins, and for many other candidates.

“He’s black, so of course the Africans will love him,” Obama explained, “and he’s my friend; that’s enough.” 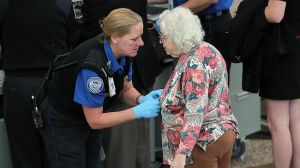 Got a bomb in that bra, ma’am?

Mayor Bloomberg claimed that people of color should be stopped and frisked more— not less — while whites are stopped too frequently.

“I think we disproportionately stop whites too much and minorities too little. It’s exactly the reverse of what they say,” Bloomberg said on his weekly radio show, in response to the City Council passing two bills aimed at reining in the controversial policing tactic.

“I don’t know where they went to school but they certainly didn’t take a math course. Or a logic course.”

The mayor was referring to statistics showing that a majority of serious crimes in the city are carried out by young men of color.

“People say, well you know, cops shouldn’t be stopping so many of any one group,” he said. “The cops’ job is to stop so many of groups fitting the description. It’s society’s job to make sure that no one group is disproportionately represented as potential perpetrators.

“That’s not the test. The test is are you stopping a disproportionate percentage of people who fit the description that witnesses or victims have come up with of crimes that have been committed.”

The candidates vowing to replace him all are screaming bloody murder, so to speak. It’s exactly their kind of stupidity that has the TSA groping 90-year-old paraplegics in airports.

Couple having sex against window fall through and die.

Ballentine Books cancels Paula Dean’s upcoming book, even though advance sales place it No.1 at Amazon.

Ballentine was bought out long ago by Random House which in turn was bought out by Bertelsmann which was the largest publisher of Nazi propaganda in the world.  Now it’s embarrassed by an American author’s statements made 30 years ago?

Publishing today is all corporate, all the time. Having had a couple of novels accepted by a Ballantine editor who was then overruled on political correctness grounds by her publishing committee, I’m with Paula Dean, all the way.

This could start a trend

2 Michellos for one Sarah Palin

Patriots will allow disappointed fans to trade in their Aaron Hernandez jerseys.

Comments Off on This could start a trend 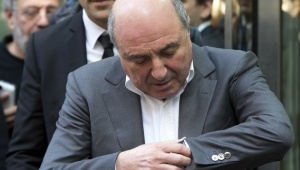 A friend/client and I were discussing the phenomenon of two houses on the market, same street, same year of construction, same size yard and house and of roughly equal quality. One started at well above $2 million and is still for sale two years later, priced at around $1.8. The other one – superior, to an objective eye, if not the $1.8s’ owner – showed up last month at around $1.4ish and was under contract in less than two weeks. The unsold one’s price remains unchanged.

My friend sent along this story, with the suggestion that the owner is waiting for Ivan to show up. I think he’s exactly right.

Ivan, a Russian oligarch meets Boris, his oligarch buddy. Boris is wearing a beautiful silk suit and Ivan asks – “Boris, where did you get this beautiful suit and how much did it cost”? Boris replies “I got it in Spantinskaya Square and it cost $8,000”. “You idiot”, Ivan responds, “I bought the exact same suit just across street for $13, 000!”.

Five more reported (and at least one more that I’m aware of – ahem –  but it hasn’t shown up yet).

34 Lockwood Lane, Riverside, full price, $658,000. Convenient to transportation and a close-up view of the I-95 overpass reconstruction going on now. 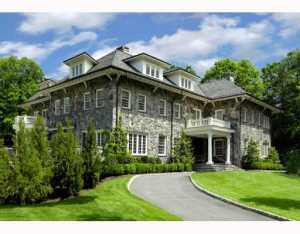 As the end of June approaches, the closings from this spring’s contracts are coming in. Here are three more, plus an accepted offer.

361 Stanwich, $1.706 million, $1.699 asked. Best two-acres on the market; in fact, I was trying to sell this last fall and early winter when it had been temporarily pulled from the market. The house is certainly livable, but two, flat acres on Stanwich will support a far more expensive house than this one, and I’d be astonished if it sees the leaves turn this fall.

And another land sale, 78 Rockwood, $1.995 asked, $1.990 got, quickly. This one is harder for me to understand. Another teardown, but the land it sits on is pretty much bleh. Guess it’s the location that proved the draw.

And proving that at the right price anything in Greenwich can sell, 11 Londonderry, asking $1.590 million, has an accepted offer. Perfectly nice house, but on the Merritt, and that’s always a tough sell. The owners paid $1.410 for it in 2002, put on an addition, did a major rework and placed it back up for sale in 2010 for $2.250. In another location, that would have been a very fair price but the Merritt demands a discount, and that’s what it took to sell this one.

We’re in second place, but Hartford will put us up on top – they’re Democrats!

Moodys: of the ten states whose pension liabilities exceed annual tax revenue, Chicago is first at 241% but Connecticut is second at 189%. “I blame the Republicans,” Governor Malloy said when questioned on this state’s second-tier status. “They’ve had governors here for a number of terms and they slowed down some of our best efforts. But we’re here in full force now – give us one more term and see if we don’t lead the nation again.”

Our unfunded pension liabilities are matched only by our complete failure to maintain our roads and bridges and now, after decades of siphoning off our gasoline taxes (30%, and climbing 18% more next week) to pay for social and wealth redistribution schemes, Hartford’s eyeing still higher taxes and highway tolls to begin to repair the damage caused by their negligence.

Pay for pensions, pay for roads? Not hardly: instead we’re building a high speed railroad to nowhere because, as our Governor points out, “those things are really, really cool, you know?”

As a novelist and a blogger, I can sympathize 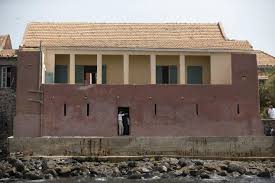 On a clear day you can see Hawaii

Never let the facts get in the way of a good story. Obama visits Goree Slave House in Sengal, peers thoughtfully out “the door of no return”. Too bad it was actually a garbage chute.

[T] he door facing the open water, the so-called Door of No Return through which the shackled men, women and children left Africa, inching across a plank to the hull of a waiting ship. Like with previous tour groups, the curator planned to ask Obama to stand before the open door and contemplate the view, the slaves’ last glimpse of Africa, he claims.

The problem though is that historians say the door faced the ocean so that the inhabitants of the house could chuck their garbage into the water, the preferred means of waste disposal in preindustrial Senegal. No slaves ever boarded a ship through it, they say, because no vessel could have sailed through the rocky shoal that surrounds that edge of the island.

And while the house may have housed slaves, they were likely those belonging to the family who lived there, rather than slaves intended for the trans-Atlantic passage, according to numerous publications as well as three historians of the slave trade interviewed by The Associated Press.

Even though historians have debunked the memorial, calling it a local invention, and despite reams of scholarly articles, treatises and books discussing its dubious historical role, the pink building has become the de facto emblem of slavery. It’s the place where world leaders go to acknowledge this dark chapter and in addition to Obama, the museum has hosted former Presidents Bill Clinton and George Bush and Pope John Paul II. Its guestbook is bursting with the emotional messages from African-Americans who made their own pilgrimage here in an effort to make peace with their ancestors’ roots.

“There are literally no historians who believe the Slave House is what they’re claiming it to be, or that believe Goree was statistically significant in terms of the slave trade,” says historian Ralph Austen, a professor emeritus at the University of Chicago who is the author of several articles on the issue. “The debate for us is how loudly should we denounce it?”

From 1501 to 1866, an estimated 12 million slaves from Africa were sent to North America, according to a database created by scholars using shipping records and plantation registers. Of these, only 33,000 came from Goree Island, an insignificant portion of the overall total, the database shows.

Yet the plaques which grace the stone walls of the Slave House speak of the “millions” of slaves that passed through its halls.

In the 1990s, Philip Curtin, an emeritus professor of history at Johns Hopkins University and the author of two dozen books on the Atlantic slave trade, became one of the first scholars to question the authenticity of the Slave House. In a discussion on an online forum for historians, he said he believed the “hoax” was perpetrated by the charismatic Joseph Ndiaye, who preceded Coly as the museum’s curator, and who ushered generations of visitors through the house, recounting the alleged horrors perpetrated there with theatrical pomp. Ndiaye initially claimed that 20 million had passed through the house, upping it to 40 million by the time Curtin visited in 1992, four times the total figure of slaves exported from Africa overall.

“A lot of people have been taken in by the Goree scam,” Curtin wrote. “Though Goree is a picturesque place, it was marginal to the slave trade.”

5 Jofran Road sold for $2,727,500. Last sold for $2.760 million in 2006, so any renovations put in by these owners ended up free – that seems to happen a lot in the mid-country. I liked this house, but the steep cliff of a back yard seems to have been a daunting obstacle for most buyers.

And 9 Dingletown Road has an accepted offer after asking $4.975 million. It sold new in 2005 for $4.3 million and the buyers installed a pool, completely redid the kitchen, etc., and listed it for $6.250 in 2009, an unpropitious time for making money in real estate. This new, less ambitious price did the trick but again, it looks like all that work done since 2005 will benefit the new owner, not the seller.