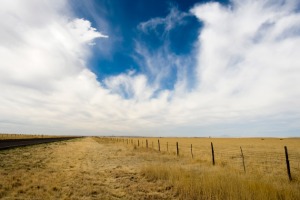 Fifteen people showed up to support the Mike Bloomberg gun ban initiative yesterday, accompanied by the usual entourage of national press. Greenwich Democrat candidate for First Selectman and gun-confiscator activist Stephanie, “There’s rape-rape, then there’s date rape” Paulmeno  did not attend. Reached for comment aboard Harbor Master Ian Macmillan ‘s boat, where she was helping yank moorings that offended the Harbor Master’s eyes, Paulmeno told FWIW, “the day’s rally was promoted as “No More Names”, so I took them at their word and didn’t show up to add my own. Do you think I misunderstood?”

UPDATE: I found the forgiving comments of Ms. Paulmeno towards date rape curious, given her fierce support of  abortion rights based, she says, on an absolute “right of privacy”

If the personal sanctity of your body and the right to make decisions about it is not reason enough, then I don’t know what is. When the audacity of some allows them to feel righteous enough to legally dictate not only what you do with your body but also lets them feel they can play with your mind, this raises the stakes very high for me. I think it should for any woman, and for any man who has a daughter, a wife, a sister or a mother.

What if it’s your date/rapist “playing with your mind”? That’s okay?

I shudder in horror, and you should, too, that around twenty states now require women considering abortion to submit to a vaginal ultrasound, view the fetus and listen to the heart beat, an unabashed physical and emotional assault, in an effort to dissuade women from choosing an abortion. About ten more states are in discussion about moving forward in this direction. Aside from the unmitigated arrogance, this adds unnecessary cost, is an unwanted/unnecessary procedure, infringes on privacy rights and constitutes state-sanctioned rape and exploitation of women.

The medical dictionary (medicinenet.com) defines rape as, amongst other things, the insertion of an [unwanted] inanimate object into the female vagina. An 8-10 inch vaginal probe, which mandates you to expose your most intimate and private parts, which is unwanted by the woman and her doctor, which serves no medical purpose, and which you are mandated to have against your will, constitutes rape and exploitation in my book.

Who could argue with that? Who, that is, except Stephanie Paulmeno, who seemingly distinguishes between the insertion of an unwanted inanimate object in a woman’s vagina and an unwanted animate object, like your date rapist’s penis: not our soundest of thinkers, poor Stephanie, but as a reader points out, the perfect bookend for the Greenwich Democrat’s other nominee, cult follower Samarpana Tamm. These two are really the best they can do? How revealing.