Tomorrow, after I speak with architect Ed Davis and some other FEMA experts I’ll post on what’s happening to coastal homes down in Old Greenwich. It’s ugly. I understand that Diane Fox and her friends at the P&Z are interpreting the space below each newly raised house as its “first floor”, with the result that you will now be maxed out at a one-and-one-half story house. I also understand that the FEMA grant application to receive funds to pay for raising your house is scheduled to end next week, October 15th.

A year or so down the road, Old Greenwich homeowners are going to go try to sell their residences and will discover that (a) it will cost $300,000 or so to make their home FEMA-comnpliant; (b) the federal money for that is long gone; and (c) buyers are going to offer them mere pennies for the land they once thought was going to fund their retirement.

It won’t be pretty. Stay tuned.

Just for the record, there were people who opposed the Music Hall precisely because it would drain money away from more critical projects

Mark Pruner was one of them.

RTM member Mark Pruner, a vice chairman of the Education Committee, predicted more money would be needed for the project in the future and said, “I’ve yet to hear how spending the money for this auditorium will result in a better educational experience. … Think of all the other facilities that are going to end up being deferred as we end up spending $64 million or $70 million or $75 million on the remediation costs and the auditorium. Other projects in town are going to be deferred.”

UPDATE: Here’s the roll call of RTM members’ votes on MISA. I’ll try to break them down for easy targeting in our upcoming election.

Oooh, goody! Another way to spend their money!

In fairness to Drew, his generosity with OPM – other people’s money – is matched by his Republican colleagues, but at least they don’t pretend that this can all be paid for with magic money. The result is the same, but Drew and his gang do incite ire with their pretend financing.

As the Board of Education considers a possible expansion of New Lebanon School, Selectman Drew Marzullo has announced he would support the construction of a new building to address overcrowding at the Mead Avenue school.

“This is unacceptable,” Marzullo said of New Lebanon’s current building during a visit Wednesday to the Byram school. New Lebanon PTA President Mike Bocchino and Samarpana Tamm, a Democratic Board of Education candidate, joined Marzullo on the visit.

“This now goes beyond the Board of Education,” Marzullo added. “This is a townwide commitment that has to be in play here. The Board of Selectmen, the RTM, the finance board and the land-use agencies all have to weigh in on this.”

Bocchino and Marzullo argued that “historically low” interest rates would facilitate borrowing for construction of a new building or a renovation.

Tamm, who chooses to use the cult name bestowed on her by her master,  Jim Jones, ” Ramadamadingdong”, is also a strong supporter of a new building for New Lebanon.

“It would just be so great,” she said of a new building. “It’s such a great community, unbelievably wonderful, and no one wants to leave it. The folks out here just love it. We’re trying to provide a better school for our children here. And with crystals, pyramid power and deep, deep chanting, Krishna will see that that happens. Oooooommmm.”

We’re doomed as a nation 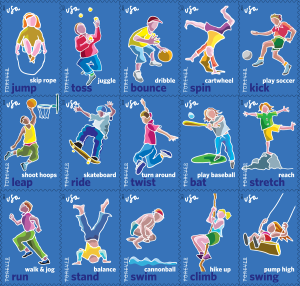 Take back the play

Walt sends along this story: the USPS is destroying its entire run of Michelle-A-Stamps promoting physical activity because the images show dangerous practices like kicking a soccer ball while not wearing kneepads.  I suppose execution will be delayed during the government shutdown, which is just another reason we should keep these essential workers off our payroll forever.

With the Just Move! stamp issuance the U.S. Postal Service hoped to raise awareness about the importance of physical activity in achieving a healthy lifestyle. However, according to Linns Stamp News, the USPS will be destroying the entire press run after receiving concerns from the President’s Council on Fitness, Sports & Nutrition over alleged “unsafe” acts depicted on three of the stamps (cannonball dive, skateboarding without kneepads and a headstand without a helmet). (There’s also a batter without a batting helmet, a girl balancing on a slippery rock, and a soccer player without kneepads or shin pads.) 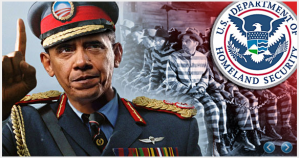 Why would you need freedom of speech when you have me?

WASHINGTON (AP) — The U.S. government’s aggressive prosecution of leaks and efforts to control information are having a chilling effect on journalists and government whistle-blowers, according to a report released Thursday on U.S. press freedoms under the Obama administration.

The Committee to Protect Journalists conducted its first examination of U.S. press freedoms amid the Obama administration’s unprecedented number of prosecutions of government sources and seizures of journalists’ records. Usually the group focuses on advocating for press freedoms abroad.

Leonard Downie Jr., a former executive editor of The Washington Post, wrote the 30-page analysis entitled “The Obama Administration and the Press.” The report notes President Barack Obama came into office pledging an open, transparent government after criticizing the Bush administration’s secrecy, “but he has fallen short of his promise.”

“In the Obama administration’s Washington, government officials are increasingly afraid to talk to the press,” wrote Downie, now a journalism professor at Arizona State University. “The administration’s war on leaks and other efforts to control information are the most aggressive I’ve seen since the Nixon administration, when I was one of the editors involved in The Washington Post’s investigation of Watergate.”

Downie interviewed numerous reporters and editors, including a top editor at The Associated Press, following revelations this year that the government secretly seized records for telephone lines and switchboards used by more than 100 AP journalists. Downie also interviewed journalists whose sources have been prosecuted on felony charges

Those suspected of discussing classified information are increasingly subject to investigation, lie-detector tests, scrutiny of telephone and email records and now surveillance by co-workers under a new “Insider Threat Program” that has been implemented in every agency.

To bypass journalists, the White House developed its own network of websites, social media and even created an online newscast to dispense favorable information and images. In some cases, the White House produces videos of the president’s meetings with major figures that were never listed on his public schedule. Instead, they were kept secret – a departure from past administrations, the report noted.

Kathleen Carroll, AP’s executive editor, said the report highlights the growing threats to independent journalism in a country that has upheld press freedom as a measure of democratic society for two centuries.

“We find we must fight for those freedoms every day as the fog of secrecy descends on every level of government activity,” she said in a statement.

107 was asking $950,000 the past few months, the same price it sold for in 2006. The difference today is that the owners put some substantial  money into improvements during their ownership but couldn’t sell it for $1.095 when they started this process last spring.

No surprise here. Also no statutory basis for the state’s interpretation, which it admits. Where’s the legal opinion we paid for last June?

We should sue ’em regardless, but I suspect our current board is perfectly happy to accept the state’s ruling and proceed to undo our schools and rebuild them by shuffling kids around on the basis of their skin color.

Which, of course, is the exact program that got people like Shirley Jackson Lee into Yale, UVA Law, and the U.S. Congress.

Since being voted into office from Houston in 1995, Rep. Shirley Jackson has been a perennial contender for the title of the dumbest person of any color to sit in Washington. Yesterday Miss Jackson topped her previous antics and called for martial law to “reopen” the United States government. Ms. Jackson is a graduate of Yale University and the University of Virginia School of Law.

Jackson-Lee’s only qualification for sitting on the Subcommittee on Space and Aeronautics was the space between her ears. She visited JPL and asked if the Mars Rover would be able to show “the flag the astronauts planted there before”. Staffers were reportedly surprised that she didn’t complain about cost overruns on the Death Star.

In February, Congress was debating federal spending. And Sheila Jackson-Lee got up to make her contribution denouncing a Pepsi commercial as racist. Other things that Jackson-Lee has denounced as racist include hurricanes, a balanced budget and secret service agents. Crying “Racism” is actually her only life skill.

In 2003, Sheila Jackson-Lee complained that hurricane names were too “lilly white” and said that “All racial groups should be represented.” She suggestedHurricanes “Keisha, Jamal and Deshawn”.

Last year, Lee tried to denounce the Tea Party as racist at an NAACP meeting, but in the middle of it she forgot the word for sheets, and condemned them for wearing, “uh, clothing with a name.”  Which is exactly how most of the rest of Congress refers to her.

Not only has Jackson-Lee voted against every national security measure she could think of, but she actually goes out looking for dictators to support. She  invited Assad to speak in Texas, urged F-16 parts sales to Hugo Chavez, called for an end to economic sanctions against Saddam and participated in an event conducted by an Iranian regime front group against military action on Iran. She might be considered a walking security risk, if she actually knew anything.

Jackson has also been described as “the boss from Hell”, calling her staff “motherfuckers”, among other terms of beratement and is known for storming up and down airplane aisles, proclaiming, “I’m a queen, I should be treated like  queen.” In short, a pampered, entitled POS, who got to where she is because of her skin color: no other reason.

Another threatened veto from the leader of the free world

Obama vows to veto any bill repealing the “Renewable Fuels Act”. which even liberal Democrats are beginning to admit “has beea flop.” I’d call it a cow flop.

True that lawmakers’ allegiance or opposition to the Renewable Fuel Standard — one of the many EPA-administered “green energy” mandates that requires refiners to blend an ever-increasing volume of regulators’ favored biofuels with the nation’s fuel supply, or else purchase credits — often correlates more closely with their geographical loyalties over their party identification, but the apologetics of the economically- and environmentally-damaging practice definitely skew Democratic. The “Environmental Protection” Agency plays major defense for the Big Ethanol lobby largely because the White House wants to have as many types of alternative-energy programs in their arsenal as possible, the better to cushion their “all of the above,” “less foreign oil,” “climate change mitigation” recitations, and plenty of Congressional Democrats are content to follow suit.

Ergo, this is notable and most welcome development, via The Hill:

The federal requirement for gas refiners to mix biofuel in with conventional gasoline is a “flop,” according to Rep. Peter Welch (D-Vt.), and should be eliminated.

Welch said that the renewable fuel standard, administered by the Environmental Protection Agency (EPA), drives up the cost of corn, which ends up raising prices for dairy farmers in his state as well as other livestock producers.

Plus, he said, the amount of energy required to produce the biofuel ends up hurting the environment.

Even so, the EPA has utterly refused to back down from their… a policy with which the White House is clearly on board, given their veto threat of the mandate’s repeal.

Did they say that?

This is what Francis Fudrucker has described as politicians in “the campaign mode”.

Okay,Frank, if you say so.